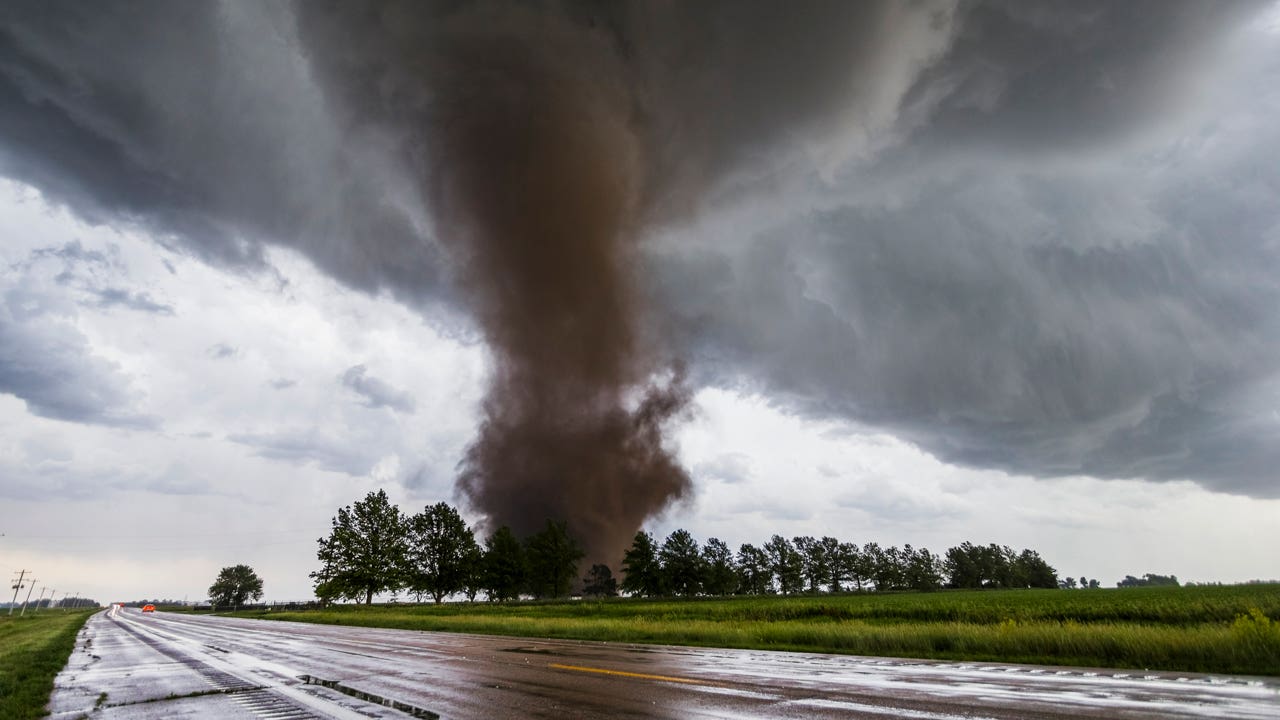 Although tornadoes happen throughout the entire year, most occur during tornado season, along with thunderstorms, in the spring and summer months. Tornado season is extremely unpredictable, with the most violent tornadoes causing thousands of dollars in damage and resulting in deaths and injuries. Warmer weather and a shifting tornado zone this year are causing scientists to predict that the 2022 tornado season will spawn more tornadoes than previous years.

A tornado watch is issued by the National Weather Service when local conditions are favorable for tornadoes to develop. These conditions include an increased amount of low-level moisture, atmospheric instability, and a mechanism to “lift” the air. The size of the predicted tornadoes is contingent on the mix of conditions that are occurring. A tornado watch usually lasts between four and eight hours. This is a good time to review tornado safety and get to a safe place in case conditions worsen.

A tornado warning means that a tornado was sighted in the area or was seen on the weather radar. Warnings are issued by the local forecast office and encompass areas of a city or a small county. This means that the situation has escalated and is now dangerous to those nearby. It is important to practice tornado safety and move away from windows to an interior room on the bottom floor of a building away if possible. If you are outside, or in an unsturdy building such as a mobile home, it is best to seek a sturdy shelter to protect yourself.

How to prepare for a tornado

Storms can be scary, especially when there is a possibility of tornadoes, but a little preparedness can help minimize stress and keep you and your family safe.

Know where to shelter

Identify a safe space in your home that is away from windows and doors. This spot should be on the lowest floor and as close to the middle as possible, away from exterior facing walls. States where tornadoes are more common will often have a designated storm shelter in the home or nearby. If you are in a mobile home, do not stay there if you are able to leave.

Making a plan is especially important because it can be difficult to stay calm during a tornado. Identifying a location and talking to children about the plan can be useful before storms occur so that everyone knows what to do.

Make sure your home insurance is up-to-date

Homeowners insurance protects you financially in the event that your home is damaged by a storm, including most tornadoes. It is important to make sure that your homeowners insurance is up-to-date so you are the most protected. You’ll also want to talk with your insurance agent to make sure you understand what is and isn’t covered by your policy. There are so many other aspects to worry about during a storm, you should not be worried about the financial responsibility of damages that occur.

With the increased number of predicted tornadoes this year, it is important to get a head start on learning best practices for preparing to take on the season. Thunderstorms can be annoying, but also dangerous when they take a turn for the worst and become tornadoes. The best way to protect yourself and your property from these storms is to make sure you have the proper tools and shelter, and make sure to stay up to date with the latest weather information, especially when it is overcast.

Read more From Gillian
Gillian Totaro writes about insurance and credit cards and enjoys helping people learn more about how to manage their financial assets. She has over five years of writing experience and her work on Bankrate.com has appeared on Sunday Riley, The Simple Dollar and MSN. She earned her degree in business journalism from UNC-Chapel Hill where she discovered her passion for helping others with their finances.
Edited by
Maggie Kempken
Insurance Editor