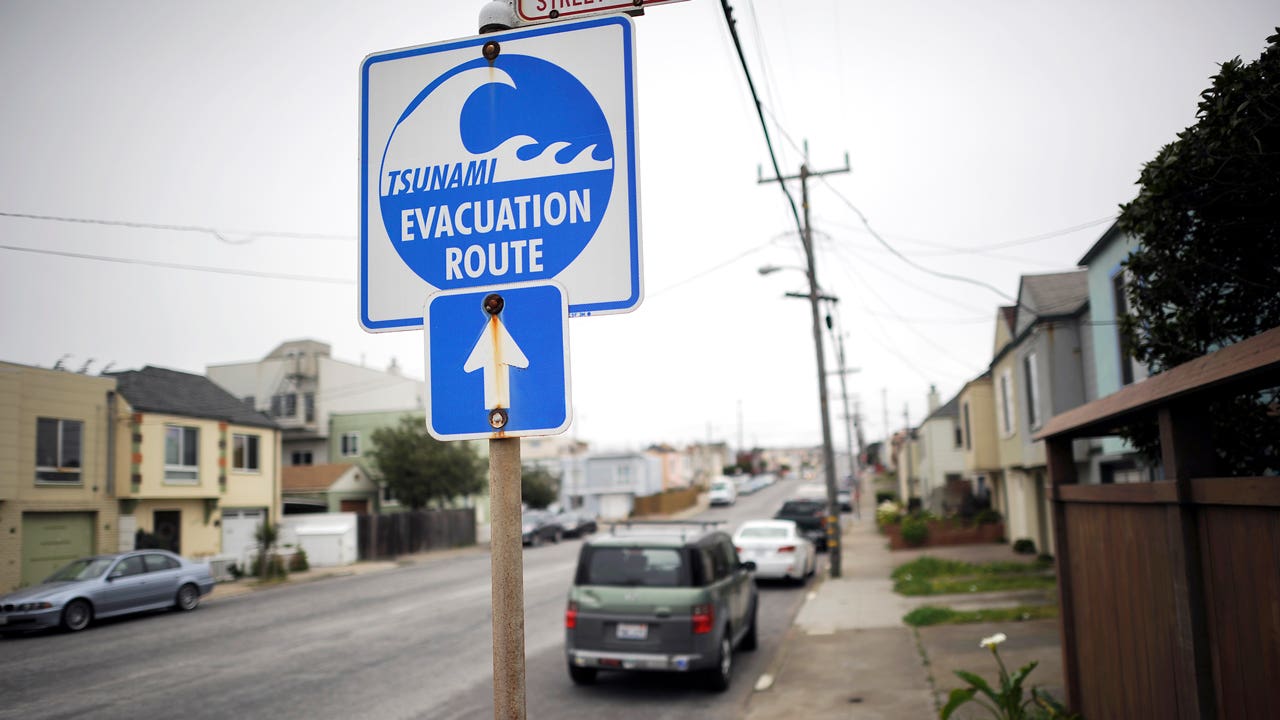 In mid-January 2022, tsunami advisories were issued for the West Coast of the United States. An undersea volcano had erupted near Tonga, prompting fears that hours later, massive waves could hit the California coast. Although the waves didn’t reach startling heights, they still caused millions in damage. If you live near a coast, you might wonder if you should purchase tsunami insurance to protect yourself from the financial fallout of these destructive waves.

Standard home insurance policies do not cover damage caused by tsunamis, but you may still be able to buy coverage. Bankrate can help you understand how to get tsunami insurance and why you might want to consider it.

Tsunamis are incredibly powerful and destructive waves formed when a large body of water is displaced, and are usually the result of earthquakes and volcanic activity. Because of this, tsunami damage is varied and widespread.

Tsunamis — the waves themselves — can cause the following types of damage:

Additionally, the earthquake or volcanic eruption that initially caused the tsunami can also create additional hazards. Earthquakes and volcanic activity can cause:

The cost of the damage caused by earthquakes, volcanic eruptions and the resulting tsunamis can be high. If you are far enough away from the epicenter of the earthquake or volcanic eruption, or far enough away from the coast where the tsunami hits, you may not experience much damage. The closer you get to the epicenter or coast, however, the greater damage you’re likely to experience.

However, volcanic eruption is a covered homeowners insurance peril. While earthquake or flood damage won’t be covered if you have a standard policy, coverage for damage caused directly by a volcanic eruption should be. This could include damage caused by shockwaves, ash and lava. To determine what the specific policy is that’s responsible for paying for the damage will depend on what is damaged. If your home is damaged, for example, your dwelling coverage would pay. If your belongings are damaged, your personal property coverage would pay.

You now know that home insurance may not cover all the damage caused by tsunamis. As such, you might be wondering: Does flood insurance cover tsunamis?

Flood insurance, which is generally optional but may be required if you live in a flood zone and have a mortgage, will likely pay for the resulting flood damage caused by a tsunami. Flood insurance comes with two coverage types:

You can purchase a dwelling-only policy or include both coverage types, but you cannot buy a personal-property-only policy. If a tsunami hits your area and causes flood damage to your house, the dwelling coverage on your policy would pay. If, for example, your furniture and clothing are also damaged, your personal property coverage would pay, assuming you opted to purchase it.

Earthquake coverage is a common home insurance endorsement, so you might be able to add coverage for earthquake damages to your existing home insurance policy. If you’re in a particularly high-risk area, you might need to buy a separate policy.

What should I do if a tsunami is coming?

If you live in an area where tsunami damage is a risk, have a plan in place before an advisory is issued. That way, if you do need to act, you already know what to do. Next, stay alert and aware of changing conditions and understand the different alert levels. Stay away from the coast and consider evacuating early, before official warnings are issued.

Can I lower the risk of tsunami damage to my home?

Tsunamis can cause damage in a number of ways, but you may be able to lessen your risk. For flooding, it could make sense to install floor drains, elevate your home and consider filling in your basement. For earthquake damage, make sure anything hanging is securely affixed, brace your water heater and other appliances and anchor your furniture into your home’s studs. For volcanic eruptions, seal all doors and windows as tightly as possible, keep your yard free of clutter and debris to lessen the risk of fire and cover any ventilation openings to prevent ash from getting inside. Tsunamis can be complex situations. Above all, pay attention to alerts and official advice and act quickly if evacuations are recommended or ordered. Your life and the lives of your loved ones are the most important thing to protect.

Will my insurance cover a hotel after a tsunami?

Read more From Cate
Cate Deventer is a writer, editor and insurance professional with over a decade of experience in the insurance industry as a licensed insurance agent.
Edited by
Angelica Leicht
Insurance Editor