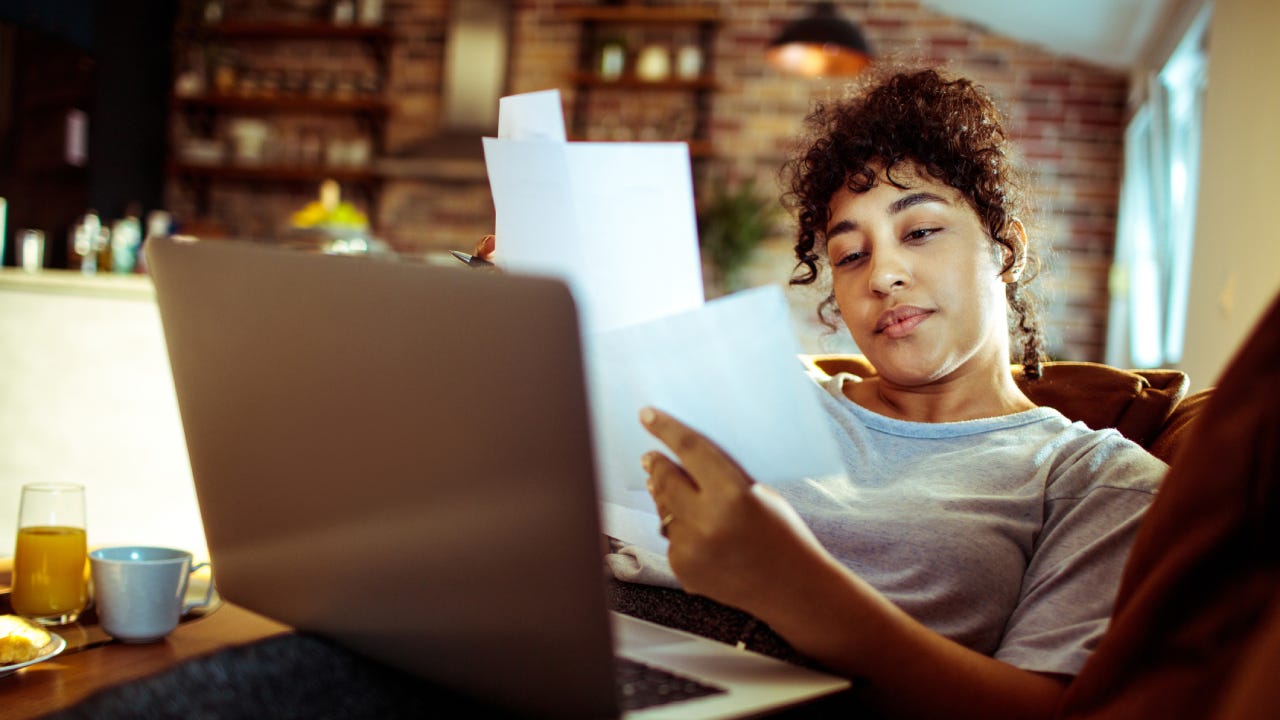 Rather than putting down a large chunk of money to get car coverage, many consumers ask, “Can I pay my car insurance monthly?”

Auto insurers long ago discovered that consumers are more inclined to buy a policy if they can pay their car insurance monthly or quarterly rather than paying the full premium upfront.

The fractional payment option typically comes with fees to cover:

It’s important to note that you probably won’t see these fees spelled out if you decide to pay car insurance by installment. Instead, insurers spin it, offering you a discount if you pay in full.
Some companies also reduce their fees for policyholders who make their car insurance monthly payments online or via direct deposit. Ultimately, you’ll probably see discounts for choosing paths that guarantee — or all but guarantee (e.g., autopay) — that the insurer will get your money on time.

Save on auto insurance by comparing quotes

Even though you might want those discounts, what if you can’t afford to pay in full right now? In these cases, auto insurance installment payments are popular. But the fees aren’t the only downside to consider. Be late with a payment, and you may trigger a penalty charge. A missed payment could result in policy cancellation, potentially higher auto insurance rates for having been canceled and the suspension of your driver’s license for driving without coverage, too.
If you’re wondering, “Can I pay my car insurance monthly?,” the answer is usually yes. But it pays to look at all angles before you choose to pay car insurance by installment.

The true cost of fractional payments

While car insurance monthly payments can be a win-win for policyholders and insurers, concerns remain over whether consumers are unknowingly miscalculating the true cost of the installments and whether insurers are overcharging for the convenience.

Joseph Belth, a professor emeritus of insurance at Indiana University and longtime editor of the newsletter “The Insurance Forum,” has been battling for more accurate disclosure of fractional premium charges since Congress enacted the Truth in Lending Act, or TILA, in 1968.

That law — which required lenders to post credit terms and costs for consumers — ushered in the now-familiar annual percentage rate, or APR, as a simplified disclosure standard.

But since TILA did not require insurers to disclose the cost of their fractional premium charges, Belth says policyholders have been left to their own devices to figure the interest that they’re paying.

How APR is really calculated

Auto insurance is typically sold in six-month policies. But, for simplicity’s sake, let’s say you have a one-year policy that costs $1,000 if you pay in full, or $520 twice a year. So, the semiannual payments would cost an extra $40 per year. Dividing that into your $1,000 annual premium would seem to indicate you’re being charged 4 percent interest, right?

“Wrong, W-R-O-N-G,” says Belth. By his way of figuring, the APR on car insurance in this case is more than four times higher: 17 percent.

Paying upfront seen as loan to the insurer

Amy Bach, executive director of United Policyholders, a San Francisco-based insurance consumer group, says consumers who pay car insurance by installment should not be viewed as borrowers. She argues that when they pay their premiums in advance, they’re actually lenders.

“They’re asking me to front a whole year’s worth for their commitment,” she says, referring to a scenario similar to the example above. “I’m paying in January for April, and July for November.”

Bach doesn’t begrudge insurers the right to charge a reasonable fee to cover their costs. But she maintains that consumers deserve to know the correct cost of paying on time, especially when it comes to auto insurance, which is required by law if you want to operate a vehicle in most states.

“I’m not OK with the fact that, because auto insurers have a captive audience, almost all of them charge installment fees because they can: You must buy it,” she says. “People who really bear the brunt of this are those who are low-income and can’t afford to pay in a lump sum.”

He agrees with Belth and Bach that consumers aren’t getting the information they need to weigh the cost to pay car insurance by installment.

“APR is not really appropriate when you’re trying to make a financial decision, because what you’re trying to figure out is: Can I earn enough money outside to justify paying the insurance company whatever their charge is for their fractional premium?” Daily says.

“Consumers ignore the APR, especially on credit cards,” he says. “But at least a person should be told the interest rates on all of the fractional premium modes and be allowed to choose.”

If you want to avoid the hidden APR on car insurance, you might be looking for alternatives to car insurance monthly payments. Fortunately, insurers offer a few different paths to get your car insurance paid as conveniently and affordably as possible:

There’s a middle ground between paying in full upfront and paying car insurance monthly payments.
Usually, you can opt to make your car insurance premium payments on a quarterly or semiannual basis. With larger chunks of money coming in and less administrative work to process fewer payments, many insurers offer some kind of discount for this option.

If you’re going to pay car insurance by installment, ask your insurer if they offer a discount for setting up autopay. Usually, this means allowing for an electronic funds transfer (EFT) on the due date. You’ll connect the insurer with your bank account or give them credit card information so they can automatically take the money when that payment comes due.

On top of getting a potential discount for autopay, you also get convenience. With this setup, you don’t need to worry about making your auto insurance payments on time. Just be sure you have enough money in your account to cover the EFT when it occurs.

While this payment choice isn’t an option for some people, if you do have the lump sum on hand to cover your auto insurance premium in full, consider it. Many insurers offer a sizable discount (i.e., you’re avoiding the APR on car insurance) — often up to 10% — for paying in full.

The best car insurance company varies depending on your needs and available income. Your quotes will vary based on age, car type, mileage driven per year, state, credit score and many other factors. You’ll want to shop around and compare options to see who will offer you the best premium for your needs.

Is it better to pay in full or pay car insurance by installment?

Generally, you’ll pay less for your policy if you can pay in full. But if paying a large lump sum upfront would put you in a tight financial spot — say, leave you unable to pay your car insurance deductible — making car insurance monthly payments is probably a better option for you. Look over your budget so you know what you can afford.