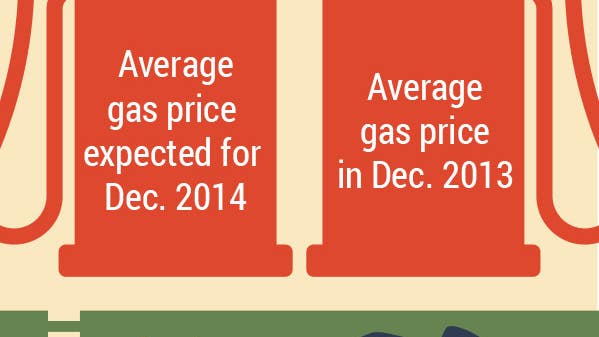 Gasoline is the cheapest it’s been in nearly four years. And if the latest government estimates hold up, prices should continue to drop to a national average of $3.14 per gallon by December.

That’s a huge boost for the U.S. economy. Even though we’re driving more this year, lower gasoline prices are saving us roughly $8.9 million every day. Good news, right? Since the Great Recession, petroleum demand has expanded, and yet prices are falling, according to the Energy Information Administration, or EIA.

While the logical reason for the price drop would be the oil companies that found new oil deposits which produced more than was needed this year, others might say it’s due in part to it being an election year. So should we be thanking President Barack Obama and his other politician buddies for the relief?

Do elections cause gas prices to drop?

Now that prices are lower, Democrats may be tempted to return the favor with a little chest thumping of their own. But they’d be just as wrong.

Despite what they say on the stump, presidents have very little sway over your corner pump. They’ve certainly tried over the years, but their efforts haven’t yielded much in terms of lowering prices — especially in the short term. They can foster long-term plans for oil development and delivery, but those usually won’t impact prices until the next president is in office.

Obama waded into energy markets in summer 2011, announcing the release of 30 million barrels of crude from the nation’s Strategic Petroleum Reserve. The move was coordinated with a similar release from international reserves. Dumping that much oil onto the market should have sent prices plummeting, right?

Wrong. The price of gasoline was a national average of $3.71 per gallon the week before the June 23, 2011 announcement. Over the next two months, gasoline prices wavered as the government released more oil. The week after the last barrel was shipped, the national average was $3.73 per gallon, according to government price records.

In other words, prices increased despite a massive release of surplus oil in the U.S. At best, the administration could say it helped control prices at a time of global concern over oil supplies. But that’s about it.

Obama isn’t the only president who’s been blamed for the price of gasoline. President George W. Bush was accused of manipulating markets several years ago, allegedly pushing prices lower to encourage voters ahead of the 2004 election.

If it ever happened, Bush didn’t do a good job.

Bottom line: Global oil markets are too vast and complex to be manipulated by one person — even if it’s the leader of the free world.

Are you planning on doing anything fun as a result of lower gas prices?