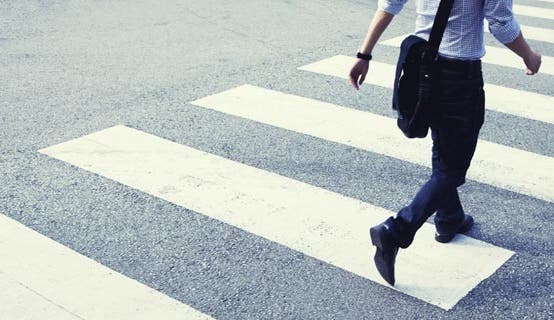 Over the last four decades, the number of pedestrian fatalities involving the elderly and children has fallen sharply, while there’s been a huge increase in the number of deaths among people ages 20 to 69,  according to the Governors Highway Safety Association.

In the last two years, however, the total number of pedestrians struck and killed by an automobile has remained relatively flat, preliminary data supplied by the highway safety offices in all 50 states and the District of Columbia show. Some 2,125 pedestrians were killed between January and June 2014, compared to 2,141 deaths over the same time period in 2013.

“While we’re encouraged that pedestrian fatalities haven’t increased over the past two years, progress has been slow,” Jonathan Adkins, GHSA executive director, said in a press release. “Protecting pedestrians is a priority for GHSA and our members; we’re determined to drive the number down to zero.”

But while pedestrian fatalities involving a child fell from 21 percent of all deaths in 1975 to 4 percent in 2013, the rate for those aged 20 to 69 increased by 28 percentage points. Overall 7 in 10 fatalities were men, many of whom were struck at night and in the fall and winter months, according to the GHSA.

Further, alcohol was a factor in many of these crashes. In 2013, 36 percent of pedestrians aged 16 or older involved in fatal car crashes had a blood alcohol level of 0.8 or higher.

Where most fatalities occur

It should come as no surprise that the majority of pedestrian deaths occur in states with large populations and large metro areas. What’s striking, though, is how concentrated the fatalities are. Just four states — California, Florida, New York and Texas — accounted for 43 percent of all pedestrian deaths in 2013. Meanwhile, Delaware and Florida had the highest rates of pedestrian deaths per 100,000 residents, the GHSA said.

Automakers are building cars that are smarter, including one that can help prevent pedestrian deaths. Read about it in Car safety technology of the future.