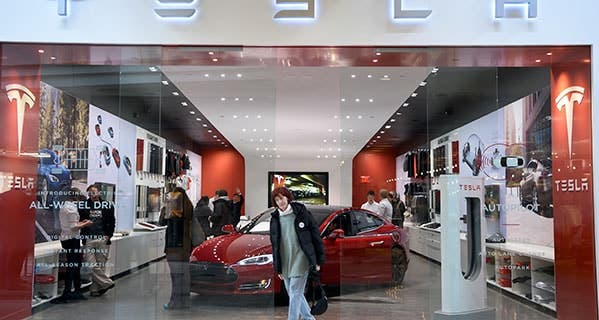 Tesla has received so many orders for its new car, the Model 3, that many would-be buyers who put down their deposits in the 1st few days will be waiting more than a year to take delivery after the car goes into production.

That’s a long wait, considering Telsa says the soonest the Model 3 will go on sale will be late 2017.

In the 1st 72 hours of its introduction, Tesla received more than 276,000 orders for the new, all-electric, compact luxury sedan that it said would be priced at around $35,000 before federal tax incentives. The order volume wowed industry experts and even Tesla Motors CEO Elon Musk, who tweeted, “Definitely going to need to rethink production planning,” at the end of the 1st day after the unveiling at its design facility in California.

A sales figure of more than 200,000 is significant because once a car has reached that number of sales, the maximum federal tax credit of $7,500 that a buyer or lessee receives begins to phase out. The phase-out process lasts about 1 year after the 200,000th sale has been reached, dropping to $3,750 for the 1st 6 months and then to $1,875 for the 2nd 6 months.

RATE SEARCH: If you have your eye on a new car, check out the car loan rates today at Bankrate.com.

Still, with a starting price of around $35,000 before the incentives, it is priced competitively with other compact luxury sedans, such as the BMW 3 Series, Audi A4 and Mercedes-Benz C-Class. Musk did say that initial orders were averaging a sale price of about $42,000 per car based on the options consumers were selecting.

“This has to be a first for the automotive industry: lines of people waiting to place an order for a car that won’t be available for over a year,” said Jessica Caldwell, Edmunds.com director of industry analysis.

A Model 3 order gives you priority in your geography, so, even tho total count is high, ordering early will make a big difference locally.

“This is the type of buzz that you see with “Star Wars” movies or new iPhones or even cronuts. And it’s not just in Silicon Valley or Los Angeles; this is a phenomenon we’re seeing across the country. If there’s ever been any evidence that Tesla is primed to make the leap to mainstream car buyers, this is it.

“To be a full-fledged car company, Tesla needs to build volume and it needs to do it sooner rather than later. We may look back at today as a truly landmark moment for Tesla,” Caldwell said.

At the Model 3 introduction, Musk said that the base model of the electric vehicle would go from 0-60 miles per hour in under 6 seconds, and that there would be versions of the car “that will go much faster.”

The Tesla Model 3 will have a range of at least 215 miles, with options for a longer range battery, and that by the time the car goes on sale, there would be 441 locations worldwide where customers can buy or service their Teslas.

Model 3 will be RWD, with dual motor AWD optional. Even RWD will have great traction on ice due to fast torque response of Tesla drivetrain.

The rear-wheel-drive car will seat five adults comfortably, partially because the front passengers will sit farther forward than in similarly-sized cars, allowing more rear seat legroom. Other features of the base Tesla Model 3 include a unique glass roof that gives an open-air feeling, yet blocks UV rays and manages heat; two trunks, including one that can hold a seven-foot surfboard; Tesla’s signature touchscreen control panel in the center of the dashboard will be flipped horizontally and will be two-inches smaller than in the current Model S.

Think you want to own an EV? Read The pros and cons of electric cars.