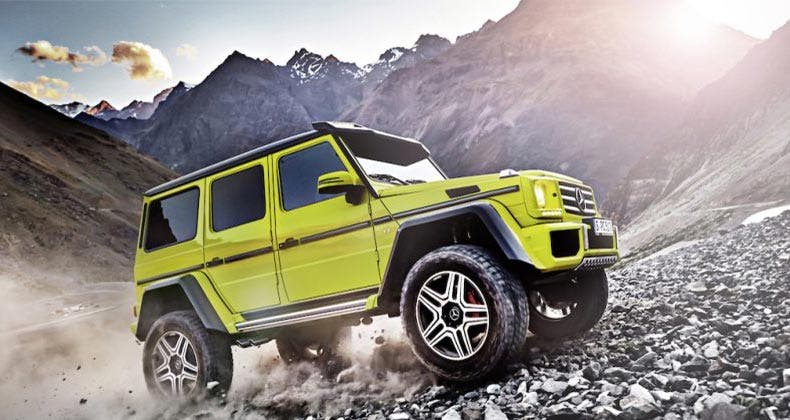 The Los Angeles Auto Show season kicks off later this week, with more than 50 cars that will make their debut today through Nov. 17. Founded in 1907, the LA Auto Show is the first major North American auto show of the season each year.

While many automakers remain mum on the details of their respective press conferences, some provide a few details ahead of the show. We know that among the debuts will be the turbocharged Honda Civic Si, the redesigned Land Rover Discovery and the new Porsche Panamera. Both Alfa Romeo and Jeep will unveil new SUVs, while both Nissan and Mercedes-Benz will take the wraps off three vehicles each, including the Nissan Rogue One Star Wars Limited Edition and the radical Mercedes-Benz G550 4×42, shown above.

While many of the new cars unveiled will be production models that will go on sale late this year or in 2017, some auto manufacturers will use the LA Auto Show to debut concept cars. Among them will be the Infiniti QX Sport Inspiration, a Subaru concept that will uncover a new vehicle line for the brand and a vehicle from Acura highlighting its future interior design which includes a new interface between driver and the car’s technology.