How thieves use your key fob against you 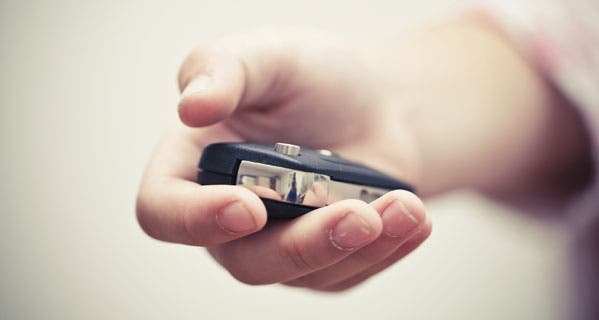 Imagine a thief walking into a car dealership and driving off in a $123,000 Jaguar — even though the car had been locked and there were no keys inside. That happened last month in Auckland, New Zealand, and it illustrates a growing hacking concern.

The reason the thief was able to steal the car so easily was that this Jaguar, like so many cars today, uses a wireless key fob to both lock and unlock the car, as well as start the engine. The thief used a device — one that’s readily available online — that mimics the key fob’s signal to unlock and start the car.

This is a well-known problem in some parts of the world. A study by London’s Metropolitan Police Service, for example, found that more than 6,000 cars were stolen last year without using a key. The study said 42% of all auto thefts in London last year were done in this manner.

This type of auto theft has been going on for quite a while in the United Kingdom. In 2006, David Beckham’s BMW X5 was stolen using this mimicking tech.

For security reasons, newer key fobs are programmed not to activate until they are within a foot of your car. But technologically astute car thieves can use a power amplifier, which they can buy for as little as $17, to steal signals up to 300 feet away and then transmit the signal to the car. The low-tech solution to this high-tech crime is to wrap your key in an aluminum wallet or merely aluminum foil which will prevent signal theft when you want to keep it secure.

Beyond the problems with the key fob, some high-tech car thieves will start the old fashioned way by breaking into the car and then attaching a device to the on-board diagnostics, which is a connector used for communicating with your car’s computer. Mechanics use it when working on your car.

Car thieves can connect a device to the port and download the car’s information onto a blank key in a matter of seconds, which they can use to both drive the car and disable any alarm system. The solution to this is to get a special lock that can be attached to your on-board diagnostics connector.

Or perhaps you just might want to go back to public transportation.