Easier to get bigger car loans 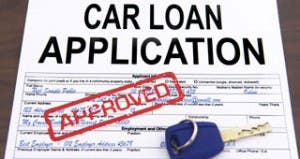 More Americans are taking on car loans and those loans are bigger than they’ve been in recent years.

TransUnion noted that it recorded 70 million car loans in the first quarter 2014 compared to 57.4 million for the same time period last year.

“The fact that there are nearly 13 million more auto loan accounts than just one year ago points to strong demand for credit and the wide availability of credit in the marketplace,” said Pete Turek, vice president of automotive of TransUnion’s financial services business unit.

While consumers who were 60 days or more delinquent on their car payments rose slightly from 0.95 percent to 1 percent between the first quarter of 2013 and the same period in 2014, it still remains below the 1.1 percent average for the first quarter for the years 2008 to 2014.

For tips on getting the best auto loan interest rate, read Tap a lender, not a dealer, for a car loan.