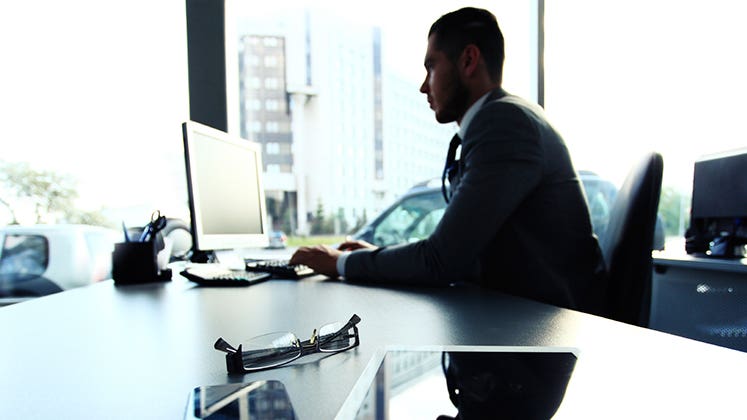 The Federal Reserve has kept a key interest rate at virtually 0 since December 2008. In our 3rd-quarter 2015 Bankrate Economic Indicator survey of leading economists, we asked:

By keeping interest rates so low for so long, could Fed Chair Janet Yellen and her fellow policymakers have unwittingly set the stage for a crisis of some kind in the future?

“No. We can see the basis of a crisis, (which) would be hugely overvalued assets, like housing during the housing bubble. These sorts of bubbles are actually pretty hard to miss. You can’t hide a $10 trillion bubble.”

“Yes, for 2 reasons. Keeping rates near 0 will only encourage investors to take on greater risks just to earn a higher yield. That can fuel a speculative bubble in the bond market, which will probably not end well. A 2nd factor is the growing concern that the Fed will end up slipping behind the inflation curve as the economy gathers more steam. If so, the Fed will be forced later to lift rates more aggressively over a much shorter period of time, and that could trip up the economic expansion.”

“Fears of hyperinflation or a dollar plunge have been way overdone. There is a possibility that the Fed could be (fostering) inflation bubbles. Chair Yellen signaled some time ago that it would be better to deal with that through regulation, rather than rate hikes.”

“No. A weak recovery is a closer danger than runaway inflation. Current levels of continuing slack in the labor market point to low inflation risk.”

“Possibly. The prolonged period of interest rates at the 0 lower-bound limits the Federal Reserve’s ability to react to future economic troubles.”

“Yes. Artificially low rates can result in investors reaching for yield — taking on too much risk without appropriate levels of return. In the last cycle, the Federal Reserve kept rates too low for too long, and this contributed to the asset bubbles that were a cause of the crisis.”

“Yes. The potential problem is that the longer rates stay near 0, the greater the possibility that there is a crisis and that the Fed is unable to lower rates in response.”

“No, keeping interest rates at the “0 bound” would not unwittingly create a crisis. Rather, raising interest rates too early could lead to a crisis in the future. Low oil prices are likely to continue, especially as sanctions on Iran are lifted. Premature increases in interest rates could negatively impact consumer spending and business investment by raising rates on loans, mortgages, etc. Moreover, rising rates can add to the continued strengthening of the dollar, which would weaken exports. Consequently, with inflation currently below (the Fed’s) 2% target, and given the potential for slow growth — especially if interest rates increase — raising rates too early could lead to a crisis.”

“No. It is only when there are clear signs of imbalances developing that can be associated with low interest rates that you can argue for such a conclusion. Leading indicators for inflation and for the economy are improving/rising but are clearly not signaling alarmingly strong rates of inflation or significant U.S. economic strength.”

“No. There is a chance that it could, but it doesn’t seem to be feeding any really big bubbles, at least at the moment. Clearly, low rates are not causing an economic overheating.”

“Rates should reflect risk-taking and market forces. By keeping them at 0, both are not working and not providing accurate signals for borrowing and investment.”

“Yes, potentially. Global carry trades (in which investors borrow money at low interest rates to make investments with potentially higher returns) have proliferated as a result of central bank quantitative-easing policies around the developed world. It is almost impossible to anticipate the impact on global markets should these carry trades be unwound concurrently, for example, when the Fed begins to tighten.”

“Yes, because people now believe the current levels of rates are normal rates and value any change as slowing the economy rather than easing up on the gas pedal. Think of housing, where people say a 5% mortgage rate would ‘crush’ the housing market.”

“It has caused investors to put their money to work in riskier assets. Asset allocations should adjust as rates on Treasuries start to rise.”

“It could, yes. We could end up with an overheated economy that requires a recession to stop inflation from trending up.”

“Yes, if the economy picks up speed unexpectedly.”

“Yes. Asset bubbles could develop, and there are some signs of this already in the high-yield bond market, some technology stocks and some segments of the real estate market.”

“There are a couple of concerns. We’ve been hearing about liquidity problems in the Treasury market as a result of the Fed owning a significant portion of outstanding government debt. Scarcity could cause long-term yields to rise more than what the federal funds rate would traditionally imply, which would hold down investment and spending. Another concern is that low rates have artificially inflated the equity markets. As rates start to increase and investors, naturally, roll money out of risky assets and back into bonds, there could be an intensive equity rout.”

“Yes. Investors are chasing yield elsewhere, which translates into greater risk-taking. We are watching the corporate high-yield bond market in particular.”

“I don’t think you can point to a sector of the economy that is overheating as a result of the stance of monetary policy. The challenge may be what tools the Fed will need to employ when it comes to fighting the next recession.”

“The long period of easy money inevitably has had consequences for asset markets. We see financial transactions based on low-cost financing — the growth of leveraged loans taken out to fund dividends and stock buybacks. The Fed is concerned about these activities and promises increased supervisory scrutiny, but ultimately tighter money is needed to head off risks of financial market problems.”

“No, (the Fed) needed to get the economy going before everything else, and the 0 interest rate policy accomplished that. The asset price increase in home prices could have been relieved with increased housing starts, but that is outside of the Fed’s purview.”