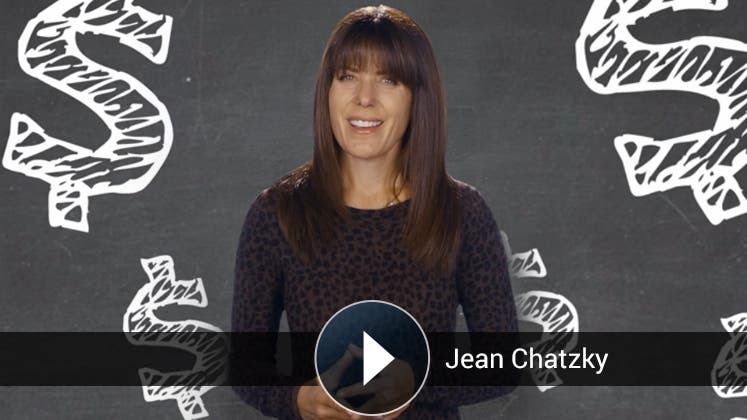 Even in an age of belt-tightening and economic hardship, overspending is still as American as apple pie and infomercials.

Americans owe $870 billion in revolving debt, according to the Federal Reserve. Even worse, much of that debt is on credit cards, which charge an average of 14.5 percent in annual interest, according to Bankrate data from early August.

Still, it’s not as if chronic overspenders don’t know they have a problem. Every year, millions of Americans buy personal finance books, tune in to personal finance gurus and make grand plans to put overspending in check. Some even take real steps such as establishing a budget.

But oftentimes, the battle against overspending is actually fought in the retail aisles, says Michael Goldman, a financial adviser and founder of Wealth Gathering LLC, an online community for personal finance.

“It’s often those little impulse buys that add up and tend to go on credit cards,” he says. “Many of my clients are surprised when they discover how much they spend on eating out on the run, or (racking up) those $200 bills at Target when they just went in to buy one thing.”

Learning to ask a few simple questions before making every purchase may help you control impulse buying and win the battle against overspending over the long term.

Can I afford to make this purchase?

It may seem obvious that people should ask themselves whether they can afford something before buying it.

But answering that question is more complicated than simply knowing whether you have room on your credit card or a balance in your checking account to cover it, says Cynthia Freedman, founder at Freedman Financial Planning in San Jose, Calif.

“You might have a nice bank balance, but if all of your money is obligated to other bills then that does not mean that you can afford to make that purchase,” Freedman says. “You really, really need to live on a budget and know how much you can afford to spend on a given category in a given month.”

Freedman recommends setting limits for different types of categories of spending, such as clothing and entertainment, and tracking how much you have left to spend in each category on a daily basis. Whether you do that by stuffing your cash in envelopes or putting together a spreadsheet, the goal should be the same: knowing what you can spend before you go shopping.

What am I really getting out of it?

Affordability shouldn’t be the only factor when you’re deciding on a purchase. Lots of people who bought a Shake Weight or GLH9 spray-on hair can tell you it’s very possible to make a stupid or regrettable purchase you can easily afford.

The trick to avoiding regrettable purchases is taking a second to really think about how much satisfaction you’ll get out it, Goldman says.

“Ultimately, I think there is no good purchase or bad purchase in an absolute sense,” he says. He suggests finding a small comfort that you particularly enjoy, such as a massage or a bottle of wine, and using it as a measuring stick for other purchases.

Ultimately, if the only satisfaction you get from an item comes from the act of buying it, it’s probably not a good purchase, says Gail Cunningham, spokeswoman for the National Foundation for Credit Counseling.

“Is it really going to bring me long-term pleasure, or is it going to be a short-lived high?” she says.

Am I getting the best deal I can?

Impulse buying has an unfortunate side effect. You frequently overpay.

That’s because it’s impossible to know if you’re getting a good price without doing a little bit of research beforehand, says Freedman.

“A lot of people buy things just because it is on sale without looking around,” she says. ” Just because Safeway has something on sale does not mean that you still cannot buy it cheaper at Costco, for example.”

Put the brakes on a purchase long enough to get some competitive prices from other vendors, even if that means just pulling out a smartphone and looking up the item online, she says.

Cunningham says that beyond comparison shopping, delaying a purchase until that item’s “off-season” is a good way to ensure you’re not overpaying.

“Say you want a boat. Well, you are going to pay the most for a boat (during summer),” she says. “But buying a boat in November, you might get a really good deal on it.”

How long will it take me to earn the money?

For chronic impulse buyers, a simple calculation can help put a purchase in perspective. Take your hourly wage and divide it into the price of the item.

Knowing exactly how long you’ll have to work to pay for an item can be a good way to counter a natural tendency toward overspending without thinking, Cunningham says.

“It is a real eye opener to make people realize how long they are going to have to work to pay for the item because typically we are very good spenders,” Cunningham says. “We work very hard for our money, but we very casually spend our money.”

For example, the median hourly wage in the U.S. is $16.57, according to the Bureau of Labor Statistics. At that rate (without taking taxes into account), it would take the median worker 30 hours to earn a new $499 iPad or 1,841 hours to earn the $30,508 average sale price of a light vehicle, according to TrueCar.com.

Seen that way, purchases that are portrayed by advertisers as routine can be viewed from a whole new perspective, Cunningham says. “That gives you a bit of a pause,” she says.

What am I giving up to buy it?

Unless your last name is something like Buffett or Gates, scarcity is a fact of life. Most people never have enough money to meet every need and want, so a trade-off is built into every purchase, Wealth Gathering’s Goldman says.

Unfortunately, people have a tendency to put blinders on when it comes to what they’re giving up to buy what’s in front of them.

The best tool to remove those blinders may be a budget. Placing money into different “buckets,” depending on what it’s going to be used for, makes it harder to frivolously overspend, Goldman says.

“We are willing to spend money differently and take different risks with money, depending on which bucket mentally we have it in. We can kind of use that to our advantage,” he says.

In other words, if you know that impulsive DVD purchase is going to have to come out of funds set aside for something you really want or need, you may be more hesitant to make it, he says.

“If I open a savings account and call the account ‘my Bahamas account,’ I am much less likely to crack that open and use it for something else,” he says.