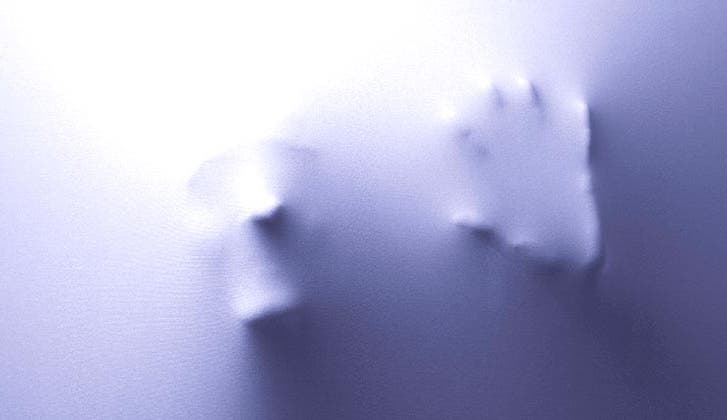 I received a call saying I owed money to the IRS and if I didn’t pay it right that minute, I’d have to appear in court in the next hour.

Even though I knew the person on the other end was a fraudster, I felt intimidated and a little frightened. Once I had a chance to think through what was going on, I played along and asked for his phone number so I could get “right back to him.” Instead, I reported the number to the IRS.

The “phantom debt” scam takes a variety of forms, but as a general swindle, it ranked in the Better Business Bureau’s top 10 reported crimes in 2014 and 2015.

The phantom debt scam is used to describe a very old debt or a debt you don’t really owe for which someone is trying to collect. “It ‘haunts’ you, hence the name,” says Katherine Hutt, spokeswoman for the Council for Better Business Bureaus.

This method of tricking people out of their money has plagued us for a long time, she says. But it has become a bigger issue in the past 20 years. We are a more debt-driven society now with mortgages, car loans, student loans, personal loans, credit cards, home equity lines of credit and other debt.

The more types of debt you acquire during your lifetime, the easier it is to become a victim of the phantom debt scam. Fraudsters know this and fabricate debts to collect, Hutt says.

These calls can come from anywhere and the perpetrator can even spoof caller ID so it looks like the call is coming from a legitimate organization. Perpetrators may use recorded messages to try to intimidate you.

Robo-calls sound urgent so you’ll call back, Hutt says. Often, the caller speaks in a gruff voice and says you must call back immediately. If you call, someone attempts to convince you that you owe the debt with aggressive and intimidating language, and threats of legal action, arrest and a negative credit report.

Sometimes, they bully you by saying they’ll notify your family or your employer. Legitimate debt collection agencies usually follow the law, but scammers feel no such compunction. These criminals may threaten to talk with your neighbors, says Coleen Pantalone, a professor of finance at D’Amore-McKim School of Business, Northeastern University in Boston.

“They want you to make a payment over the phone so they talk fast,” she says.

The debt that fraudsters try to collect might not be yours. It could be that of a deceased family member, which makes it harder to know if it’s genuine or not. Pantalone says the debt might even belong to someone unrelated to you, but with your name.

Under the Fair Debt Collection Practices Act, legitimate callers can call only between 8 a.m. and 9 p.m. — no middle-of-the-night calls. This act also prevents continuous calls to the same number and the use of profane or abusive language, says Pantalone.

Another red flag that you’re talking with a fraudster is when the caller asks for your credit card and Social Security numbers. That’s when you should hang up.

“Scammers may send you a form letter if their phone calls don’t net a response,” says Jonathan Stein, a consumer law attorney in Elk Grove, California. “It may have typos and/or an address in New York.”

Once you pay one of them, you’re considered a mark, and they gladly pass your name on to heir fellow fraudsters so they can continue draining your bank account, Stein says.

These swindles even snare sophisticated people, Stein says. To avoid losing your money, don’t speak to anyone on the phone whom you don’t know.

If you think the debt may be genuine, ask the caller for his or her contact information and say you’ll call them back. Instead, call the company you owe directly, using a phone number you’ve gotten from a legitimate source like the back of your credit card, your bank or the lender’s website.

“When you get your reports, look them over carefully to make sure they’re accurate,” Pantalone says. “If anything looks wrong, file a report with that particular credit bureau, contesting the item.”

FREE TOOL: Get your credit report today, free and with no obligation, at myBankrate.

Don’t give out personal information

Hutt says to never give out personal or financial information. Fraudsters use your name, address, date of birth, bank account information and credit card numbers to steal your identity.

Don’t act impulsively, Hutt says. If the debt is legitimate, request documentation to support the claim.

“If you feel frightened or intimidated, report the call to your local police department. Tell the caller that you intend to do so,” Hutt says. “If they hang up, then they are scammers.”

Heather is a freelance writer, editor and content provider based in Tacoma, Washington. She frequently writes about personal finance, insurance and checking accounts for a number of websites. When she's not writing about financial subjects, she pens stories about health and travel. She has also spent time ghost-blogging for a financial planner, working in a bank and trying to pay off her own debt.