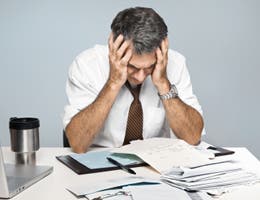 In tough economic times, bankruptcy can provide a pathway out of financial distress. However, deciding whether to file can be confusing and daunting.

“There is a great deal of mythology surrounding bankruptcy,” says attorney Melissa Herman of Herman & Russo P.C., which serves clients in and around Atlanta. “The downsides to bankruptcy are generally far less than doing nothing.”

Such misunderstanding — combined with fear of the unknown — keeps many people from filing “until their situation has gotten vastly more severe than it should have been,” she says.

“Most — if not all — of our clients all say at some point, ‘I wish I had done this sooner,’ once they learn more about the process and benefits,” she says.

Does bankruptcy make sense for you? If you are facing any of the following situations, it might be the right move. However, it’s always important to consult with a bankruptcy attorney or other experts before deciding to file bankruptcy. 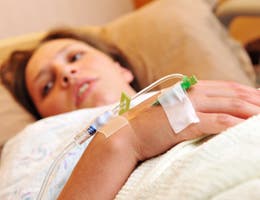 Even if you are overwhelmed by medical bills due to injury or illness, try to avoid bankruptcy by exploring all other avenues for paying off your debts, says attorney Howard Ehrenberg of the Los Angeles-based firm SulmeyerKupetz.

“Certainly, the individual should make every effort to negotiate directly with the doctor, hospital or provider,” Ehrenberg says. “Frequently, arrangements can be made to reduce the amount owed and to stretch out the payments.”

However, in some cases, it may be prudent to contact a lawyer and consider bankruptcy as a practical solution to debt problems.

“If all else fails, bankruptcy is a legitimate way to eliminate those debts,” Ehrenberg says.

Herman says even relatively minor medical events can trigger overwhelming medical bills, and that hospitals are unlikely to wholly or partially forgive debts other than in “exceptional cases.”

“Medical bills are unsecured debts, but often hospitals are well-represented and won’t hesitate to sue on unpaid medical bills,” Herman says. “When facing medical bills that are far beyond the capability of an individual to ever pay — or this has turned into a lawsuit or garnishment — a Chapter 7 liquidation bankruptcy is usually the best method to discharge this debt.” 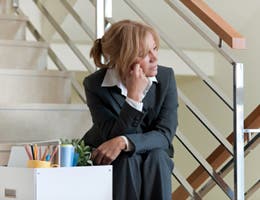 Loss of a job

A souring economy is responsible for many of today’s bankruptcies, Herman says.

“Loss of a job or a reduction in income is right now probably one of the biggest driving factors in filing bankruptcy,” she says.

“Though someone’s income may have dropped or gone away entirely, their debt has not.”

Even after finding a new job, it may be difficult to catch up on mortgage or auto loan debts, she says. This is particularly true if the new job pays significantly less than the old job.

Herman says some people are best off turning to a Chapter 13 debt consolidation bankruptcy. This spreads the debt out over time, allowing the consumer to “catch up while in an administered program designed to get them back on track.”

Bankruptcy sometimes can also bring a halt to lawsuits or garnishments “in a quick and cost-efficient manner,” she says.

“Garnishments can pull a significant percentage of a person’s income away before they even see it,” Herman says.

“A bankruptcy will stop a garnishment and allow the filer to function on their full income, and any money that is taken out after filing a bankruptcy will be returned to the client, though it may take some time.” 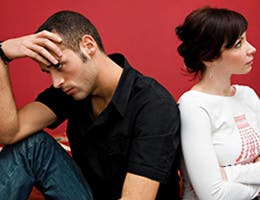 Divorce is another common reason people may file bankruptcy, according to Ehrenberg.

“Often the debts are apportioned between the two spouses, and sometimes one spouse clearly can’t afford to pay for those debts,” he says. “And so it (bankruptcy) is frequently used along with a divorce to clean up the affairs between the two parties.”

Herman says child support and alimony arrears “can usually be repaid through a Chapter 13 bankruptcy.”

“The obligations of alimony and child-support are not dischargeable in bankruptcy, but other debt that was created or exacerbated by a divorce may be something that a bankruptcy can address,” Herman says.

She adds that bankruptcy may be used to address credit card or mortgage debt, “especially when there is reduced income, or a previously nonworking spouse now has to live off a small income.” 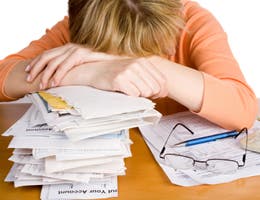 Overwhelming consumer debt can result from many factors beyond job loss or income reduction.

“Sometimes it can exist on its own due to overspending or other issues,” Herman says.

Filing for bankruptcy can help make these debts manageable.

“Most Chapter 7 bankruptcy filers have somewhere in the range of $50,000 to $75,000 (in debt), which even at a conservative 17 percent interest rate is very difficult to service,” Herman says.

Filing for bankruptcy is a much better way to discharge debt than “making a life-altering mistake like liquidating their 401(k),” Herman says. She adds that bankruptcy also may have tax advantages.

“The debt that is discharged through a bankruptcy cannot be treated as income and taxed,” she says.

Ehrenberg agrees that filing bankruptcy to get rid of overwhelming consumer debt is a reasonable option. However, he urges consumers not to rush into bankruptcy before weighing factors such as “the impact on your credit rating and whether or not you’re going to need credit shortly after you file for bankruptcy.” 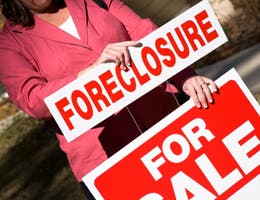 Homeowners who are at risk of foreclosure may find a solution in bankruptcy, Herman says.

“When there is a looming foreclosure, a bankruptcy is a very effective means of stopping that event and keeping someone in their home,” she says.

A Chapter 13 bankruptcy can help homeowners who have fallen behind on their mortgage payments and “provide a solid long-term method for a homeowner to be able to manage a mortgage,” Herman says.

Meanwhile, a Chapter 7 bankruptcy can buy time for someone facing a foreclosure by stopping the pending action and requiring that a new foreclosure be initiated at a later date.

“The Chapter 7 bankruptcy also will address other debt issues that the homeowner is facing and prevent any collection activity from junior lien holders that (were) not satisfied with the proceeds from the foreclosure sale,” Herman says.

However, Ehrenberg urges consumers to remember that “the purpose of bankruptcy is to resolve debts and to create a fresh start, and it’s not to be used simply because it creates a stay — that you have no intention of actually reorganizing, but only buying time,” he says. 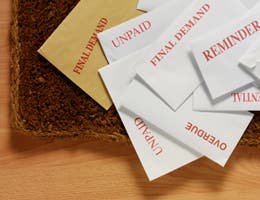 Read the following Bankrate stories to learn more about bankruptcy and debt management.