Small business owners likely make up the bulk of the businesses in the U.S. From restaurants and grocery stores to farms, real estate agencies and mechanics, businesses owned by locals with fewer than 100 employees are considered small businesses.

Whether or not a business qualifies as a small business is typically defined by how much revenue it makes and how many employees it has. The Small Business Administration has outlined parameters by industry. For example, a small business in the logging industry would have less than 500 employees, but a small soft drink manufacturer could have as many as 1,250 employees. As for revenue, this is also a large range depending on the industry, with small businesses generating on average between $1 million (or less) and $41.5 million in annual revenue.

Small businesses exist within nearly every industry. Freelance writers can qualify as small business owners, and so can retailers, hairdressers, tax experts, lawyers and even private-practice doctors.

There are 33.2 million small businesses in the U.S., composing 99.9 percent of all American businesses, according to the Small Business Administration. Even some of the big-name chains you see could be locally operated and qualify as small businesses. Guidant Financial surveyed 4,500 current and aspiring business owners and found that 41 of surveyed respondents owned franchise businesses.

While small businesses exist in nearly every industry, there are a few that dominate. Below is a chart, based on a survey by Guidant Financial, that shows some of the biggest players in the small business world.

The business world is diverse, yet certain groups are more likely to start businesses. Note that the statistics referenced in this section are for all business owners in the U.S. — not just those that qualify as small businesses. However, remember that small businesses compose 99.9 percent of all U.S. businesses.

Men currently own more small businesses than women. The Census Bureau’s most recent Annual Business Survey found that just 1 in 5 employer firms in the U.S. are owned by women. The number of female-owned businesses grew 0.6 percent year over year, however.

Just like there’s a gender divide in the small business community, there’s a clear racial divide, too. The U.S. Census found that not only are businesses mostly male-owned, but most of them are also run by white men. The chart below breaks down ownership by different groups.

Small businesses are owned and operated by folks of all ages. Still, it’s not a surprise that individuals from older generations tend to own businesses more than younger adults. Older adults have had more time to build credit, making it easier to secure financing. They also have more experience in the working world and have had more time to save money to invest in their businesses.

Having a higher education level doesn’t necessarily qualify you to run a business, but it can make the financial component easier. Additionally, attending college can build a network and support system that can provide the capital or contacts needed to get you started in business.

How much a small business makes largely depends on the industry and where the business is located. Of course, a restaurant in a large city like Los Angeles or New York City is going to make substantially more than the only diner in rural America. The U.S. Census’s 2019 Statistics of U.S. Businesses Survey (released in 2022) found that the median income for self-employed individuals at their own incorporated businesses was $55,858. And thankfully, the majority (63 percent) of existing businesses report that they’re profitable.

Just as there’s a gap in ownership between men and women, there’s also a substantial gap in revenue. Biz2Credit found that businesses run by women have an average annual revenue of $475,707, while male-led businesses earn $675,643 on average in annual revenue.

While 78 percent of startups use solely their own money to launch their businesses, many small businesses will need funding at some point. After all, the amount of outstanding small business loans reached $645 billion in 2019. This number is so high in part because the average SBA loan is $417,316.

While loans are an option for businesses that need large amounts of financing, business credit cards are another common method businesses use to pay for expenses. Credit card interest rates tend to be much higher than that of business loans, so they aren’t the best option for long-term financing. However, they are sometimes more accessible and offer rewards and perks that business loans don’t.

Despite the wealth of entrepreneurship in the U.S, the road of a small business owner isn’t easy. Unfortunately, 18 percent of businesses fail within their first year, 50 percent after five years and 65 percent by year 10, according to the Bureau of Labor Statistics.

Geographic location may also play a factor in this failure. Zippia found that, as of 2019, Washington, Michigan and Kansas are the three states with the highest rates of business failure. On the other hand, California, Louisiana and Massachusetts have the highest success rates.

Another factor in small business success is industry. Unsurprisingly, the healthcare industry has the highest rate of success, with 60 percent of small businesses staying open past their fifth year. Warehousing, transportation and construction, on the other hand, have the worst success rates at 30 percent and 40 percent, respectively, after five years.

So why do small companies fail? CBinsights’ survey revealed that the main reason businesses fail is due to running out of money and an inability to secure more. A product becoming obsolete and getting outcompeted are two other common reasons some businesses fail.

The statistics in this guide are both encouraging and daunting to aspiring business owners. Starting your own business can feel both high risk and high reward, but you don’t have to invest huge amounts of money and time into your business before you know whether it’ll be profitable. Read our guide to starting your own business to learn how to formalize your idea and start earning a living from your passion.

SHARE:
Written by Christopher Murray Contributor
Read more from Christopher
Christopher Murray is a personal finance writer for a number of reputable sites including Bankrate. Six years ago, Christopher started as the single staff writer for a budding finance blog, He worked his way all the way up to Senior Editor. Ultimately, the freedom that freelance writing brings was calling and he decided to go back to writing full-time.
Edited by
Mariah Ackary
Edited by Mariah Ackary Editor
Mariah Ackary is a personal finance editor who joined the Bankrate team in 2019, excited to help people make good decisions with their money. Send your questions to mackary@bankrate.com
Mariah Ackary
Editor 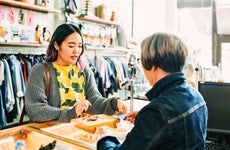 How to support small businesses online and in-person 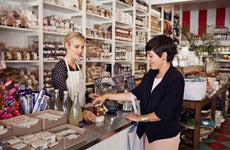 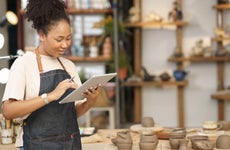 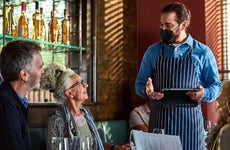