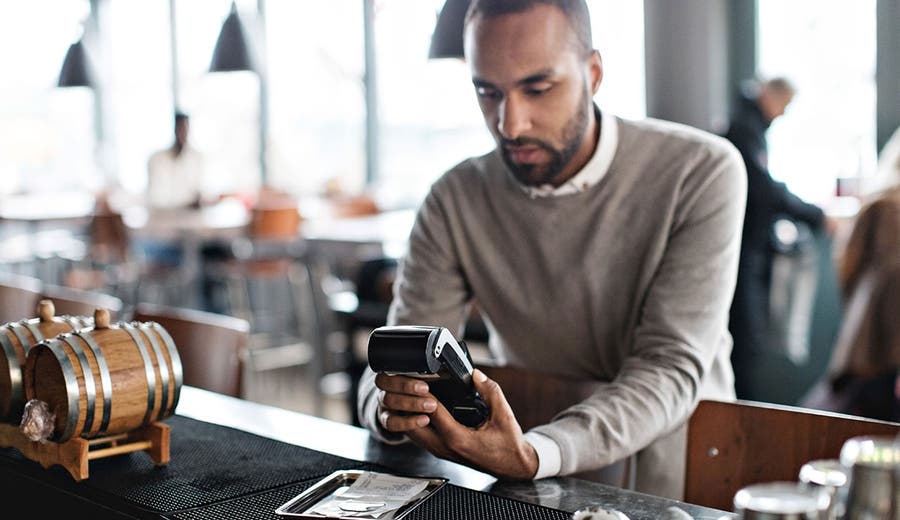 A sweet sign-on bonus offering cash-back, free travel or rewards points is one of the most compelling methods credit card issuers use to entice new customers.

But issuers are beginning to acknowledge that the biggest upfront bonuses don’t always pay off over time, for them that is. Consumers, however, have benefited from this rewards arms race, perhaps too much so from the issuers’ viewpoint.

“Banks have come to realize that rewards aren’t beneficial for them in the long run so they’re focusing more on retaining customers and rewarding loyalty,” says Ted Rossman, industry analyst at CreditCards.com.

This new focus on loyalty in addition to upfront bonuses is a boon to consumers as well, but the rules of the game are changing. We’ll tell you how.

Payment consulting firm Mercator Advisory Group predicts credit cards will deliver just a 3 percent return on assets in 2019 at the 14 large banks which the Fed refers to as “credit card banks,” The Wall Street Journal reported. That’s a big drop from the nearly 5 percent return in 2014.

In a 2017 report, Mercator saw a shift away from extensive upfront rewards as a result of this downward trend. They found issuers beginning to offer their top tier rewards only to their most profitable cardholders, those most loyal to the brand.

The trend has continued, and while sign-up bonuses still rule, today’s consumers can increasingly find cards rewarding their loyalty and consistent spending and disincentivizing “churners,” customers who sign up for a new card and cancel after earning the one-time sign-up bonus.

Cardholders who qualify for Preferred Rewards by holding a combined balance of at least $20,000 in Bank of America, Merrill Lynch or Merrill Edge can earn between 25 and 75 percent more cash back on top of the card’s general rewards. That increases the standard 3 percent cash-back category to up to 5.25 percent.

Each of these combines sign-up bonuses with enticing rewards exclusively for loyal customers who stick with the brand for their overall financial needs.

“I think we’ll probably see more incentives and retention programs like this one to prevent card churning,” Rossman says.

Bank of America isn’t the only bank to focus on loyalty. On a smaller scale, the HSBC Cash Rewards Mastercard® credit card offers a 10 percent Anniversary bonus on your cash back each year. If you earn $500 throughout the year , that adds up to an additional $50.

Citi also just announced their new Citi Rewards+SM Card, which will come with a similar deal offering 10 percentage points back for the first 100,000 points cardholders redeem each year.

The information about the HSBC Cash Rewards Mastercard credit card has been collected independently by Bankrate.com. The card details have not been reviewed or approved by the card issuer.

Rossman says that this trend among banks may take its cues from the success that travel card issuers have had in retaining customers through loyalty incentives.

Travel cards offer perks like free checked bags, seat upgrades, free hotel stays and more to entice cardholders not only to take advantage of their one-time sign-up bonuses but to continue patronizing their brands over time.

Some also reward users for renewing their card year-over-year with annual rewards.

Hilton Honors American Express Aspire cardholders automatically earn one weekend night reward each year they renew as well as an additional night after spending $60,000 on the card in a calendar year. The Alaska Airlines Visa Signature® credit card offers a Companion Fare ticket each year with no limiting blackout dates.

Still, long-term rewards systems are not yet preferred among many consumers who have become accustomed to fat sign-up bonuses. As a result, they don’t always respond as well to these programs.

Last year, Barclays attempted to focus on loyalty rewards with their Barclays Arrival® Premier World Elite Mastercard®, which offered no sign-up bonus but did reward cardholders 25,000 bonus miles every year after they met a spending threshold.

Even with a free Global Entry fee offer, airport lounge access and transferable points, the card failed to take off and is no longer accepting applications. The Barclaycard Arrival Plus® World Elite Mastercard®, on the other hand, offers an uncomplicated rewards system and 70,000-mile sign-up bonus, making it comparable to the popular Chase Sapphire Preferred® Card.

As banks search for a happy medium between outrageous sign-up bonus offers and long-lasting rewards, you may be the biggest beneficiary. Sign-up bonuses tied with increased long-term rewards means the best of both worlds for consumers.

Not only can you find the perfect card to suit your spending habits over time, but you can also still reap valuable rewards in the short-term. And the rewards are all your so long as you pay the balance in full each month, avoiding interest charges. (The average interest rate for national issuers in 17.66 percent, according to Bankrate data.)

It’s getting harder to churn cards

Some banks are upping their efforts to find a more creative compromise between unprofitable but enticing new offers and long-term customer retention.

Chase Bank’s method to reduce turnover is less about rewarding loyalty than it is discouraging consumers with a history of churning. Under their 5/24 Rule, applicants who have opened five or more credit cards within 24 months are denied approval for a Chase card.

This allows Chase to reward their long-term, loyal customers with access to their co-branded cards and popular travel rewards cards and weed out those who they believe are more likely to open and close accounts quickly just to earn sign-up bonuses.

The market is also beginning to see an uptick in tiered sign-up bonuses, Rossman says. Tiered rewards allow banks to compromise with consumers who want sign-up bonuses while saving the best rewards for their most profitable spenders.

For example, American Express Cash Magnet® Card cardholders can earn a $150 statement credit after spending $1,000 or more in purchases with your new card within the first 3 months of Card Membership.

A tiered rewards method can help deter churners by rewarding consistent card spending. But many cardholders still benefit. If you have big purchases coming up or you know you’re a big spender, tiered rewards could be the key to major savings.

Your spending habits are key

Credit card issuers are still searching for the best solutions to make their rewards cards more profitable while retaining customers. As offerings move away from lavish upfront rewards and towards benefits for loyal, long-term customers, consumers still want the sign-up bonuses they’ve come to expect.

But regardless of trending rewards offers and bonuses, it’s important to consider your own spending habits when choosing any credit card.

If you’re like the 38 percent of Americans who, according to CreditCards.com, have not changed their primary card in the past decade, switching to a long-term rewards card could be more beneficial than a shiny new sign-up bonus offer.

If you’re in the market to start the year off with a new card, check out Bankrate’s Best Credit Cards of 2020.