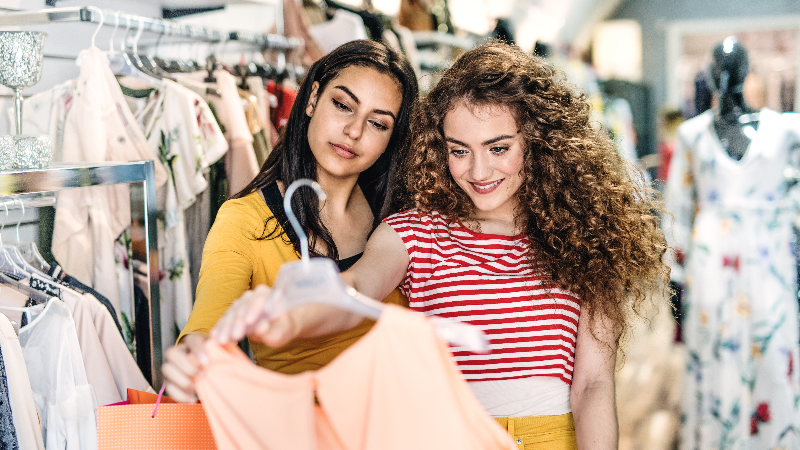 It is a poorly kept secret that retail campaigns often target female consumers due to the antiquated idea that women like to shop and spend more money than men. Perhaps a better-kept secret in consumer sales, however, is not that women face more targeted advertising, but that items women buy often cost more than identical or very similar “men’s” products.

Gender-specific pricing (where items for women cost more than items for men) is often referred to as the “Pink Tax.” Manufacturers firmly entrench female consumers in their gender-normative sales practices with the use of bright pink or purple packaging, and sweet scents like peony, vanilla and even “fruity bubble in paradise” to make sure women know the product is just for them.

A 2015 study from the New York City Department of Consumer Affairs found that products marketed towards women and girls cost an average of 7 percent more than those marketed towards boys and men.

What is the Pink Tax?

The Pink Tax is not actually a tax but rather a system of discriminatory pricing on products and services that is based on gender. The Pink Tax costs the average woman over $1,300 a year and impacts all aspects of daily life from shopping to dry cleaning.

The scope of Pink Tax pricing

The Pink Tax doesn’t only affect adult women. The New York City Department of Consumer Affairs study found that young girls cannot escape the pitfalls of the Pink Tax because “girl toys” cost on average 2 percent to 13 percent more than “boy toys” that are the same other than their color.

This speaks to one of the fundamental problems with the Pink Tax: It’s not always simple to identify.

Sure, you notice when your razor or shaving cream costs more than men’s products, but what about shirts? Pants? How can you tell if you are paying more for products that don’t have an easy comparison point? Merchants, brands and product quality vary, making it hard to determine a fair price without gender bias.

The most accurate product comparisons consider merchandise of similar quality from the same manufacturer — and in these comparisons, gender bias is prevalent among many top clothing stores. For example, the average cost of a woman’s pair of jeans at one popular retailer is $62.75 while comparable men’s jeans at the same store cost $57.09 —a 10 percent price increase for women.

Tariffs and the Pink Tax

A lesser-known influence on gender-based pricing is the cost of tariffs on retail items. Tariffs are taxes that are imposed by the federal government on products imported to the United States. Consumers in the United States pay for the cost of these tariffs because retailers raise the cost of their merchandise to offset import taxes. Some products that are seemingly gender neutral — like cotton shirts and leather boots — have female versions that are subject to higher tariffs than comparable male items. On the other hand, some items (such as men’s bathing suits) are subject to higher tariffs than women’s bathing suits.

The influence of tariffs on retail pricing makes it difficult to solely blame manufacturers for gender-based pricing discrepancies seen in stores across the nation. Tariffs do not, however, fully explain or justify the existence of the Pink Tax because discriminatory pricing based on gender is prevalent not just in the case of retail merchandise but also in everyday services.

Women don’t face added costs on products alone. Many services such as dry cleaning and auto maintenance could cost you more if you are a woman.

CBS News conducted an experiment where two members of their staff — a man and a woman — went to multiple dry cleaners in New York City with the same white cotton button-up shirt. The experiment found that “more than half of the dry cleaners charged the female staff member at least twice as much to clean the shirt. Some even charged her three times as much.”

Research has found that pricing for car repairs also has its own version of the Pink Tax.

A study by the National Bureau of Economic Research had male and female participants call mechanics to get quotes for car repairs. Callers who appear to be well-informed about pricing were treated the same regardless of gender. However, female callers who were uninformed on pricing were quoted almost $23 more on average than male callers.

In October 2020, New York state began enforcing a ban on the Pink Tax by making it illegal to charge more for products that are “substantially similar” yet marketed to different genders. The state plans to enforce this by requiring certain service providers to submit price lists “upon request.” Only a couple of months into this ban, it’s yet to be seen how successful New York is at enforcing this ban.

The added expense many women endure because of the pink tax is complicated by the gender pay gap.

With lower income on average and a higher cost on products, it’s important for women to create a budget that works for them – and find ways to mitigate the added cost from the Pink Tax.

How to stop paying for pink

Unfortunately, there’s no easy solution to the Pink Tax problem.

You can save money by shopping for gender-neutral products or those targeted toward men. This solution won’t work for everyone, but it can help you avoid overpriced “female” products like shampoos and shaving creams.

If smelling like Old Spice “Swagger” isn’t your thing, however, then the journey to paying less for pink might prove to be an uphill battle.

If you see something, say something!

Whether it be razors, shaving cream, jeans, children’s toys, or even laxatives, making items cost more just because they are targeted towards women is discrimination. The only true way to end the Pink Tax is to call out brands that perpetuate a system of discriminatory gender-based pricing.

Lastly, you can help eliminate the Pink Tax once and for all by contacting your local representative and speaking out against discriminatory pricing.