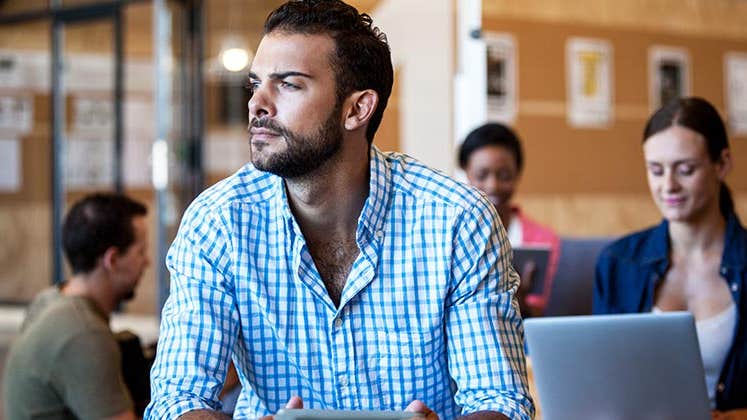 Getting a cash advance is similar to receiving a loan. It’s also one of the most expensive ways to use a credit card, as it typically carries a higher interest rate than other forms of credit card debt. But if you really need short-term, emergency cash, there are ways to minimize the cost to keep it relatively affordable.

One of the key ways to avoid a hefty cash advance fee is to pay off the debt as early as possible. Thanks to digital banking, it’s easier to pay off an advance as soon as your paycheck arrives, before further interest accrues. And the Credit CARD Act of 2009 ensures your payment will extinguish the high-interest balance ahead of older, lower-interest transactions.

How a cash advance works

Getting a cash advance from an ATM is similar to using a bank overdraft to get quick cash. You take your plastic to the cash machine and key in the PIN. If the machine is affiliated with your card network, it dispenses your cash — after you agree to the fees. “Convenience checks” from your card company are also cash advances, which have higher limits than ATM machines.

Behind the scenes, the short-term loans have big differences. With an overdraft, the bank will cover the overdraft with your next deposit. The credit card, however, will let your cash advance balance continue racking up interest until you pay it off. So it is up to you to wipe out the balance and stop the interest from snowballing.

“It’s one thing to use it,” said Nina Heck, credit counseling director at Guidewell Financial Solutions, a nonprofit in Baltimore. “It’s another thing to understand all the consequences.”

When to consider a cash advance

According to the credit experts we consulted, there’s a caveat to the cash advance equation: It only works for people who will have the funds to pay back the advance quickly.

“If it is just a short-term stopgap, it might be OK,” says Bruce McClary, vice president of communications for the National Foundation for Credit Counseling. But “you have to attack those high-interest balances with whatever resources you have to clear them off as quickly as possible.”

Why take out cash when you have a credit card? It makes sense to use the card to purchase what you need instead. That way you take advantage of the lower rate on purchases. For a cash advance, “Interest rates and fees are typically much higher than for point-of-sale purchase,” McClary said.

Now that card readers are turning up at outdoor festivals, food trucks and other places that used to be cash-only, it is increasingly easy to pay with plastic.

However, the need for cash may arise in a cash-only private sale such as a yard sale. An expired ATM card while traveling may be solved with a credit card cash advance. Posting bail for yourself or a friend may call for a cash advance, or covering a temporary shortfall in rent. Users of payday loans often cite the need for car repairs — which can usually be covered with a credit card purchase, but may sometimes require a trip to an ATM.

The costs of a cash advance can mount quickly. The average cash advance APR is near 25 percent, well above the rate for purchases. Fees are typically 5 percent of the advance, with a minimum of $5 to $10. And unlike credit card purchases, there is no grace period on cash advances, so daily interest charges begin piling up immediately.

If you’re careful, however, a cash advance can be comparable to what you might pay for an overdraft loan from your bank. Overdrafts typically carry fees of $35 per instance. People who opt-in for bank overdraft services pay an average of more than $250 a year in fees, a federal study found. Once the service is turned on, users are at risk of overdrafting for multiple purchases by mistake.

If you want to avoid a credit card cash advance altogether, you can look into alternatives, like applying for a personal loan, asking your employer for an advance, or seeking leniency for any debt.

Why you should pay off a cash advance quickly

Fortunately, a provision of the Credit CARD Act helps extinguish the cash advance quickly. Under the law, amounts you pay over the minimum payment are deducted from the balance with the highest interest rate. So even if you have a purchase balance lingering on the card, the cash advance can be paid off first. In fact, there is no need to wait until the monthly statement arrives — the sooner the payment is made, the sooner interest on the advance is halted.

“Once the minimum payment is met, payments go to the balance with the highest APR,” a U.S. Bank representative said in an email. The bank was one of eight major card issuers asked about how payments are allocated. All said that payments over the minimum go to the highest-interest balance.

One very narrow exception involves a deferred interest balance. Under the federal Credit CARD Act, these balances, typically linked to a limited time “zero interest” promotion, have priority in the final two months of the deferred interest period.

The other important advantage is the speed with which funds can move into and out of your bank account. At national banks, payroll checks received via direct deposit are supposed to have funds available the next business day following the electronic payment, according to the Office of the Comptroller of the Currency. Similarly, using your bank’s online bill payment system, it should be possible to complete payment of the credit card account within a few business days.

Banks say to allow “several business days” for completion of payments, but offer guidance that the period is one to three days for electronic payments, five to seven days for paper checks.

The interbank ACH payment system (Automated Clearing House) has sped up payment processing time even further. “Starting in September 2016, same-day ACH was initiated,” says Steve Kenneally, an expert on payments systems at the American Bankers Association. The program made its full debut in March 2018, and Mike Herd, senior vice president of the ACH Network Administration, described its adoption as “robust” to CreditCards.com last year.

Here’s how much a $100 cash advance will cost you

To test the rapid repayment strategy, CreditCards.com researchers took out $100 advances and repaid them via online bank bill payment, using banks other than the ones that issued the credit cards.

Such small, short-term advances might be a convenience if, for example, an ATM card was expired or unavailable to make a cash withdrawal when expected. For larger amounts and longer terms, the costs of a cash advance will mount quickly.

“If you incur a single incident of this, it may be unavoidable,” says Martin Lynch, director of education at Cambridge Credit Counseling Corp. in Massachusetts. “But if it’s getting to be a regular occurrence, you’re getting way out of touch with your budget.”

See related: When should my credit card post payment?

Editor’s note: This story, “How to minimize the cost of a cash advance” originally was posted on CreditCards.com.