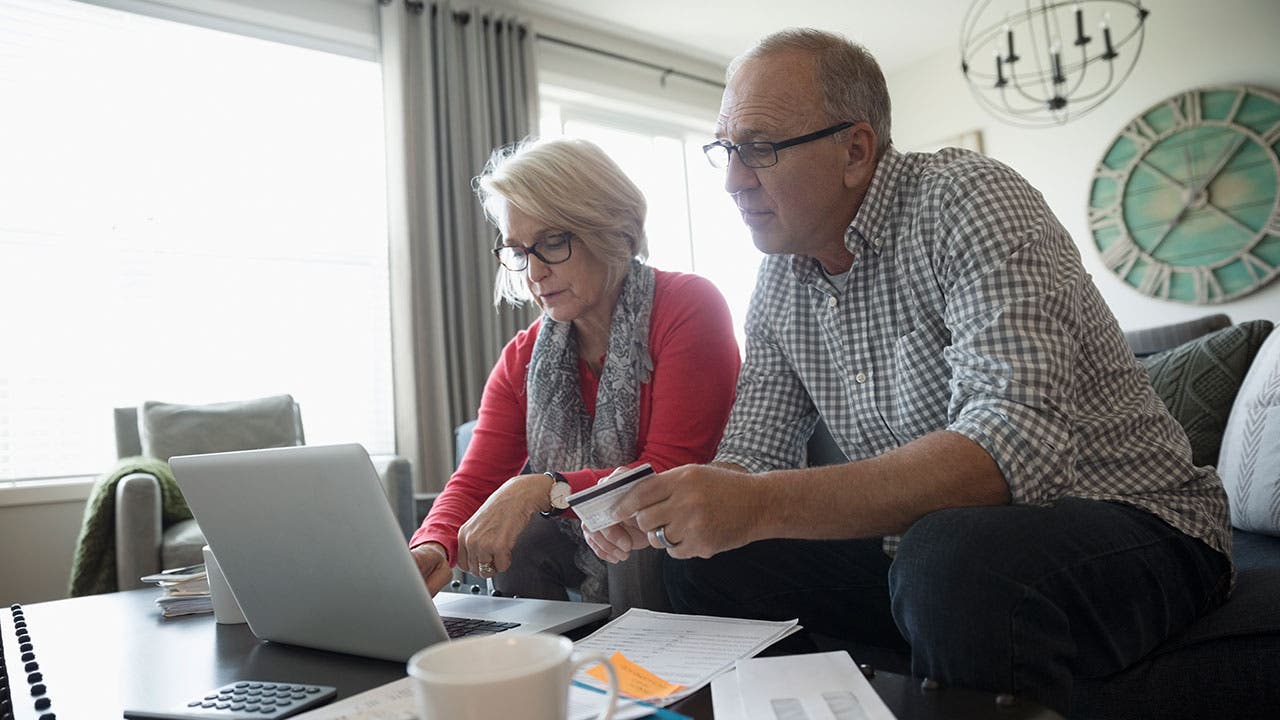 For many Americans, credit card debt is a long-term commitment.

A new survey from CreditCards.com finds that 59 percent of all credit card holders currently carry a balance on at least one card. Among those who are in debt, 56 percent have been so for at least a year.

And it doesn’t end there:

That translates to about 39 million Americans who have been carrying credit card debt for at least the past two years.

“I think this underscores the key point that compound interest can really work for you or against you,” says Ted Rossman, industry analyst at CreditCards.com, a Bankrate sister site.

Whereas investing at an early age can make a huge difference in your overall earnings by the time you reach retirement age,

“Unfortunately with credit card debt, the opposite is true,” Rossman says. “These numbers really work against you in a hurry.”

Why we’re going into debt — and staying there

Chris Roane is no stranger to long-term debt. Before paying off nearly $50,000 in one year, Roane had been in credit card debt for nearly his entire adult life.

“My experience started immediately after high school,” says the 35-year-old web developer who lives in Billings, Montana. “I really didn’t have a good mindset with money.”

There wasn’t one catalyst that began Roane’s debt cycle. Small purchases started adding up, and then emergency expenses inevitably arose.

“It wasn’t necessarily just crazy spending,” he says. “Some of it was, but some of it was not having an emergency fund, so we would have to put our extra expenses onto a credit card. It just snowballed from there.”

The same can be said for many Americans caught in a cycle of debt.

The CreditCards.com survey finds that a total of 35 percent of respondents cited unexpected emergency expenses as the biggest reason they’re carrying a balance from month to month:

But many also took on debt by accumulating expenses. Day-to-day budget items like groceries and utilities represent 28 percent, while 27 percent of people say their debt was a result of retail or vacation spending.

Once you begin to carry a balance and accrue interest, it’s tough to escape.

“As my income grew over the last 15 years, I would find myself in this constant struggle of getting into debt, feeling bad about it, trying to pay it off and then just repeating that cycle and not really getting to a spot where my net worth was increasing,” Roane says.

And the longer that cycle lasts, the more interest accrues. The average APR on variable-rate credit cards is 17.8 percent, according to Bankrate data.

That’s why, Rossman says, it’s important to know what your options are and start prioritizing debt payoff sooner rather than later.

How to get out of long-term debt

Before tackling debt, make sure you have a buffer for emergencies.

“I think when you’re starting out on this process, it’s important to get some emergency savings in the bank,” Rossman says. “I would say start out by shooting for at least one month’s worth of expenses. Make that your first priority.”

“That’s where we can recommend balance transfer cards as a great option to pause the clock on that interest and give you a beneficial tail wind,” Rossman says. “The opportunity to pay no interest and no transfer fees for 15 months, or if you are willing to pay a transfer fee, zero percent up to 21 months, that’s my No. 1 tip for people in credit card debt. It can really be a huge savings.”

Another recent survey from CreditCards.com found that nearly half (49 percent) of Americans don’t know that transferring their balance to a new card with zero percent interest is an option.

“A lot of people don’t know about balance transfers, and a lot of people assume that they won’t qualify, but I would counter that by saying that most people will qualify,” Rossman says. “Typically you need a credit score of 670 or above, and the average is a little over 700.”

Even if the 12 or 15 month introductory period isn’t enough to pay off your full balance, it can give you a head start.

“These interest rates are just so high that the ability to pause that for over a year, it’s really too good to pass up,” Rossman says.

If a balance transfer isn’t for you or you don’t qualify, you may also consider consolidation through a personal loan. Personal loans allow you to consolidate your balances into one monthly payment, usually at a fixed, reduced interest rate.

No matter how you consolidate, do what you can to increase your payments as much as possible too.