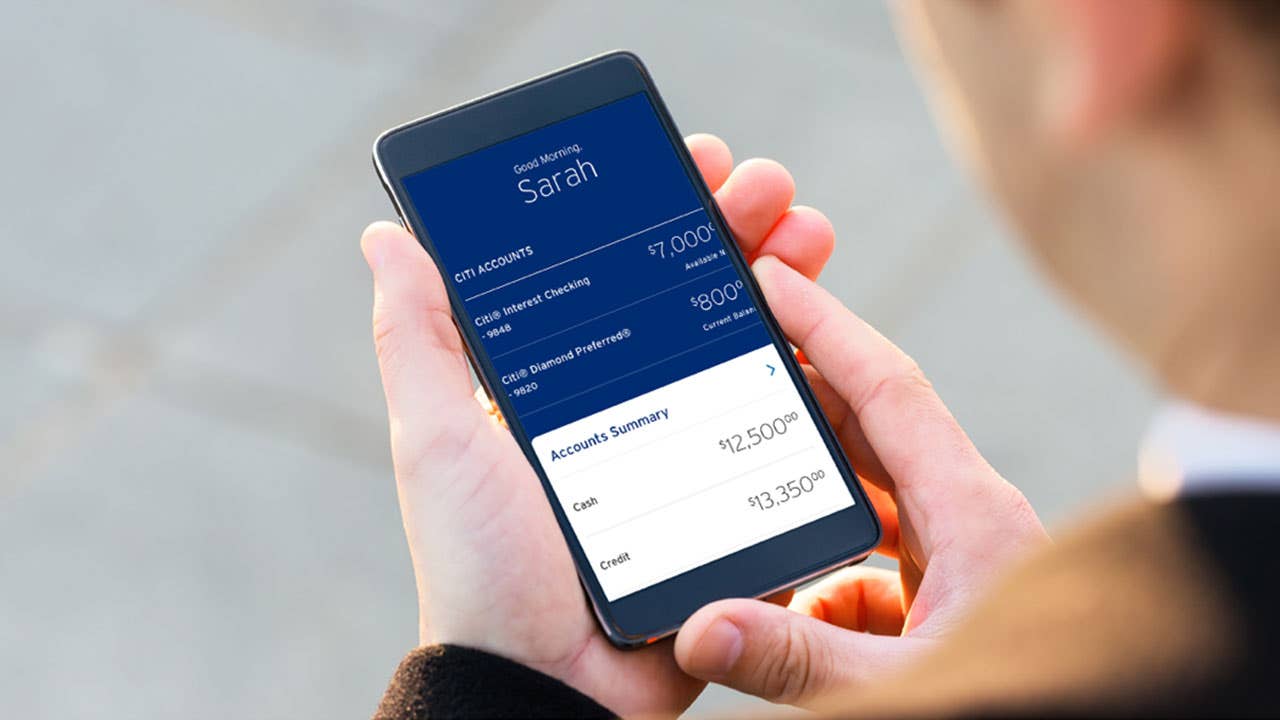 Citibank is barging into the crowded fintech budgeting app space, joining the many startups vying to tell you that you’re spending too much on coffee.

The megabank recently announced that it would let both customers and non-customers alike use its mobile app to aggregate data from disparate accounts, gain insights into their spending habits and manage their bills.

No Citi account? No problem. The bank’s decision to open its digital doors to non-customers is part of its larger strategy to connect people across the country with its services.

Budgeting apps for everybody

Citi is going after apps like Mint, Clarity Money and Albert, and it’s betting that the implicit trust that consumers have in well-established institutions — even ones with checkered pasts — will help it stand out. Indeed, in announcing the play for non-customers, Citi released a study by Wakefield Research that found 87 percent of 2,000 respondents said they trusted banks more than non-bank institutions when it came to handling their finances.

U.S. banks are a natural source for services like this, but they have tended to offer spending insights only on accounts they hold. That doesn’t jibe with reality, as people tend to have multiple checking, savings and credit accounts with various institutions. Only a few of the largest banks in the U.S. allow customers to import their data from other banks.

Moreover, the budgeting and financial management tools that most banks have introduced tend to be not so great. For instance, they might only update spending or account data monthly, or are only accessible on desktop computers, rather than offering always up-to-date insights delivered via mobile apps.

“Banks have been focused on the core principles of banking,” says Yolande Piazza, CEO of Citi FinTech, the innovation arm of Citigroup. “They’ve been focused less on data and more on products.”

The company has been learning from its customers via its Canvas initiative, which it announced earlier this year. Customers are invited to come test out various features and functions the bank is piloting. Account aggregation was one of the first functions it said it was testing with Canvas.

“By starting with the customer at the center, we noticed a few key things around financial wellness,” Piazza says. Those included users’ desire to see all their bills in one place, giving them a 360 degree view of their money and obligations.

Piazza adds that these new features are just the beginning. Through Canvas, the company is looking for other ways to build out its budgeting and insights capabilities.

It’s worth noting that Citi’s existing customers still have the ability to use third-party apps. In addition to building out its own capabilities, Citi is committed to keep working with other players to make sharing data easier and more secure, Piazza says.

Given its $1.84 trillion in assets, you probably think of Citi as ubiquitous. In reality, it operates branches in only about a dozen states. Following the crisis, the  bank decided to sell off or close scores of branches and focus its efforts on just a few key markets.

Then a funny thing happened. In the markets the bank abandoned, approximately half of their customer base kept banking with Citi. Digital banking, thanks to features like remote deposit capture, made it much easier to live without branches.

Serving customers who never set foot in a branch began shaping Citi’s digital strategy.
The key aspect to growing a digitally dependent base is offering a way to open accounts remotely, without needing to visit a branch. With this latest feature expansion, Citi says you can now open an account in minutes on mobile, meaning people everywhere can easily open a checking or savings account.

Banks of all sizes seem to be eyeing this type of play, too — more and more community banks are using comparison sites like Bankrate.com to attract deposit customers. Chase recently introduced the ability to open deposit accounts digitally, meaning it too will be able to attract new customers across the country.

While that might make you a bit uneasy, it has its practical side — perhaps the app sees you’re paying your credit cards regularly, but the interest rate is so high that you’re barely making a dent in your debt. It might offer you a personal loan with a much lower rate.

Piazza says users should not expect advertisements on Citi products to clutter the experience. For now, there is no advertising. But as the functionality matures, Piazza says you can expect the same type of tailored offerings, such as a savings account when it sees extra money left in your checking.

While a play for non-customers is typically done with the intention of gaining new customers, it is the service itself that Citi hopes will win people over. Basically, this should be one more way for the bank to connect with people and stand out in an industry that is largely commoditized.

“Users may become Citi customers because they see what we are offering as adding value across their lives,” Piazza says. “But even if we help them make better decisions and change their financial behavior, everybody is better off.”