You just had dinner with a co-worker, and you want to pay her back then and there. So, you grab your smartphone to settle the debt via Venmo or Zelle or Square Cash. She’s not a contact, but no big deal, you think. These apps are made for moving money easily.

It won’t be until tomorrow when you will realize, “Oops.” You accidentally mistyped the email address in the payments app. Now, your money has gone to a stranger.

With peer-to-peer payment services making it easier than ever to settle debts, with it come risks like typos triggering a payment to the wrong person. The stakes are high because these kinds of payments are often irrevocable.

“Once you push the send button, they are gone,” says Zilvinas Bareisis, a senior payments analyst at Celent, a research and advisory firm.

Resolving the issue could get tricky, too. The easiest fix is to request the money back from the stranger — but there’s no guarantee that you will get it. This particular risk has been getting more attention from lawmakers and consumer rights groups as the services surge in popularity. Most recently, a New Jersey bill was introduced in January that would criminalize the failure to return an accidental P2P payment.

Inside the accidental payments risk

It’s hard to put a precise number on how often accidental payments happen. Last year, the Consumer Reports investigated the issue by mining online data and holding focus groups on the subject. While the consumer complaints weren’t vetted, the evidence suggests the issue isn’t isolated.

“It happened so often that all of the services that we looked at made some mention of it, whether it was on their website or in their disclosures or in their FAQs,” says Christina Tetreault, senior policy counsel for Consumer Reports.

While the service providers recommend contacting the person who received the accidental money first, Tetreault says the onus ought to be on the companies.

“We think that type of mistake is covered under federal law,” Tetreault says. “You should get help from the service provider.”

But that’s still unclear. Consumer Reports has asked the Consumer Financial Protection Bureau for clarity on the law. The how is hazy, too — with some caveats. Venmo, for instance, said in an online post that it can reverse the funds with the recipient’s permission in some instances.

In a way, the issue is just the latest wrinkle on a long-standing payments risk. Consider blowing the restaurant tip by scribbling in a number that is too much or too little.

“This is just a new medium in which it’s happening, and norms and care need to evolve,” says Tyler Griffin, a managing partner at Financial Venture Studio, a seed-stage venture capital firm.

It’s also not the only risk of using a P2P app. Just like on any payments experience, there’s a chance of getting duped by a con artist. If scammed, don’t expect much if and when you ask for your money back.

“If they were a criminal deliberately misdirecting your payment, then they are not sending it back anyway,” says Craig Ramsey, head of real-time payments and product management at ACI Worldwide. “So, you can ask who you like, it’s not going to happen.”

In the U.K., it’s an area of faster payments that the industry is working together on to build in additional safeguards for consumers. For example, it’s creating a voluntary industry code that would reimburse victims in some instances. In the U.S., there is nothing quite so formal yet.

The good news is that the P2P apps are increasingly including features that could help prevent you from making payment mistakes. Venmo, for example, lets you scan QR codes to find a friend to pay back — reducing the risk of entering the wrong details. Zelle, meanwhile, added a feature last year that displays the name of the recipient that the funds are going to before you’ve committed to sending the payment, and also includes a pop-up on the send screen that reminds you to double-check that you’re sending the money to the right person. The list of technical intervention safeguards goes on.

Precautions you can take when using payments apps

To help avoid payment mistakes, you can also embrace several best practices, including knowing who you are paying.

“First and foremost, only transact with people who you know and trust,” Tetreault says.

Equally important, double-check the details before tapping send. Here, you may also want to establish some ground rules, such as not sending money to someone after a night of partying. “Wait until the next day,” Griffin says.

Also, consider strengthening your privacy and security settings on the apps, such as setting a PIN or a fingerprint to unlock your account for something important.

“It’s your financial life that is at stake,” Tetreault says. 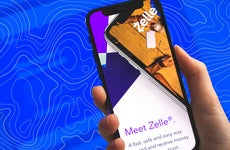 How to use Zelle: A beginner’s guide to digital payments 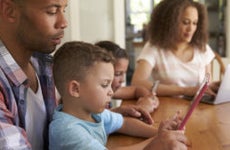 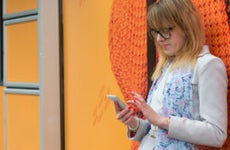 ACH payments: Here’s everything you need to know 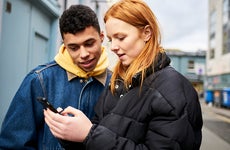 What are peer-to-peer payments?