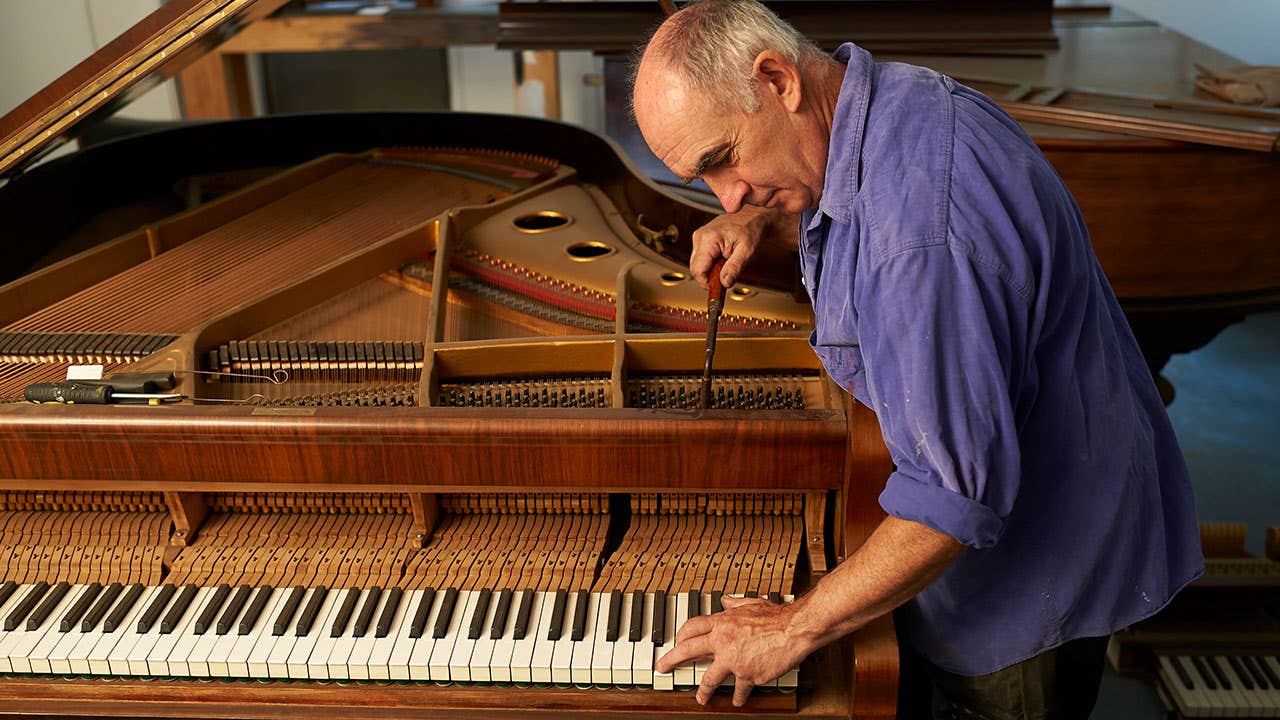 Larry Agin spent his entire career making calculations. For roughly 30 years, he worked for an insurance company in Los Angeles as an actuary, a profession that requires assessing all kinds of risks, mortality among them.

But he retired in his early 50s, a few years earlier than he expected. So, when he came across a help-wanted ad seeking background actors, he made the decision to launch a second act to his working life and “unretire.” In calculating his next move, he knew it wouldn’t pay much, but he wasn’t so worried. He had income from his pension and other savings. He also had the time and inclination to reinvent himself. “I wanted to just try it out,” Agin says.

It wouldn’t be long before Agin found himself in a tuxedo on the set of HBO’s “Path to War,” positioning himself near Alec Baldwin per his wife’s advice (standing near a star, she reasoned, would up his odds of making the final scene). That moment would mark the start of a nearly three-year stint working as a background actor, playing everything from detective to protestor. Now 71, Agin says that different line of work was a “nice” way to transition into a fuller retirement.

Agin is far from alone in putting a plot twist on what retirement is — or isn’t. For many, working one day and then never again is not how the story goes. Of course, some people return to work, or “reverse retire,” out of necessity. Workers’ medium retirement savings was $71,000 in 2017, according to Transamerica Center for Retirement Studies’ estimates, a nest egg that isn’t sizable enough to last 20 years or more. But the list of motivations people cite for going back to work is long. Some retirees, like Agin, have returned to work to try something of interest or new. Others go back to work because their previous employer asked them to return. Some get back in the game for an ego boost or to give back to the community.

Regardless of motive, a kind of a divorce from retirement is known as unretirement. It’s hard to put precise numbers on the trend; unretirement is an emerging area of research. But it’s something that could become more pronounced for all sorts of reasons: We’re living longer, some of us are retiring younger on purpose, and yes, because we may need the money.

Catherine Collinson, CEO and president of Transamerica Institute and Transamerica Center for Retirement Studies, says retirement is very different today than it was a few decades ago.

“Some still want the old-fashioned retirement, but many want a phased-in retirement, either shifting from full time to part time, working in a different capacity or maybe even pursuing an encore career,” Collinson says.

In fact, more than half of workers approaching retirement in the next five years believe they will likely return to work, according to a survey commissioned by Home Instead.

The twist on retirement is already peppered into companies’ mission statements. Encore.org, for example, connects people 50 and older to second acts as a way to help improve communities. Others, like roommate-matching service Silvernest, connect baby boomers and empty nesters looking to share living space in a house. In recent weeks, Home Instead, which hires professional caregivers for seniors, has even run an “UnRetire Yourself” campaign.

Retirement has been evolving into something a bit more fluid for a number of reasons. A big factor has to do with the answer to an evolving math equation: As we live longer, can we retire at the same age we used to? The answer for many is no, “you just can’t afford to,” says Theodora Lau, founder of Unconventional Ventures and former director of market innovation at AARP.

But the reasons people go back to work transcend income.

In some cases, former employers are asking retirees to return. The reason? They need the talent. Last year, airplane maker Boeing was luring back its retirees to help meet its production goals. In banking, retirees also get called back to work because they’re among the few that understand the bank system’s language.

Some retirees go back to work to feel fulfilled.  “You just can’t keep going to Starbucks every day,” Lau says. “You need to find something to make yourself feel useful and to feel empowered and … to give back to society somehow.”

Giving back is a sentiment Kookie Rackley knows well.

After working for more than 25 years as a firefighter in Florida, Rackley retired in 2005. But she knew she wasn’t retired, retired.

“I retired on a Friday,” she says. “That following Monday, I already had a full-time job waiting on me working at the animal shelter.”

It wouldn’t be Rackley’s last job either. Now 62, she works as a caregiver for seniors through Home Instead — a career that has helped her pay off her home and feel personally rewarded.  She can imagine retiring one day — but not before 90.

The unknown dangers of unretirement

There’s a world of difference between returning to work because of necessity versus desire, and there are striking challenges regardless. It’s not easy for older workers and recent retirees to return to the workforce, as powerful forces like ageism still persist. There are also no guarantees that a company will offer the flexible arrangement needed to, say, take care of an aging parent. People who need the job the most might not get it, either. Research in the U.K. shows that unretirement rates were not higher for participants in greater financial need.

There are also questions as to what will happen to people who are part of the so-called FIRE movement — where they live frugally to retire young: Will they have to unretire out of necessity if the market drops? Will they struggle to get a job if their skills become outdated? Or was undoing their retirement part of the plan along — to retire from the cubicle but not from working on more fulfilling projects as blogged in a post on Mr. Money Mustache.

Only time will reveal the puzzle’s evolving picture.

For Agin, he put a period on his background acting years ago. (It was a bit boring to sit around between takes, and the gigs were often last minute, he says.) Now he spends his time traveling, taking his wife to doctor appointments, meeting up with his golf group and more. He’s glad he spent time as a background actor, but he’s happy where he’s at. “I could go back if I wanted to,” Agin says. “I think I did it.”

He still has his stories. If you watch “The Path to War,” you could catch a glimpse of him in that very moment he positioned himself near Baldwin (a scene where the actors are singing the kind of song where you move from side to side).