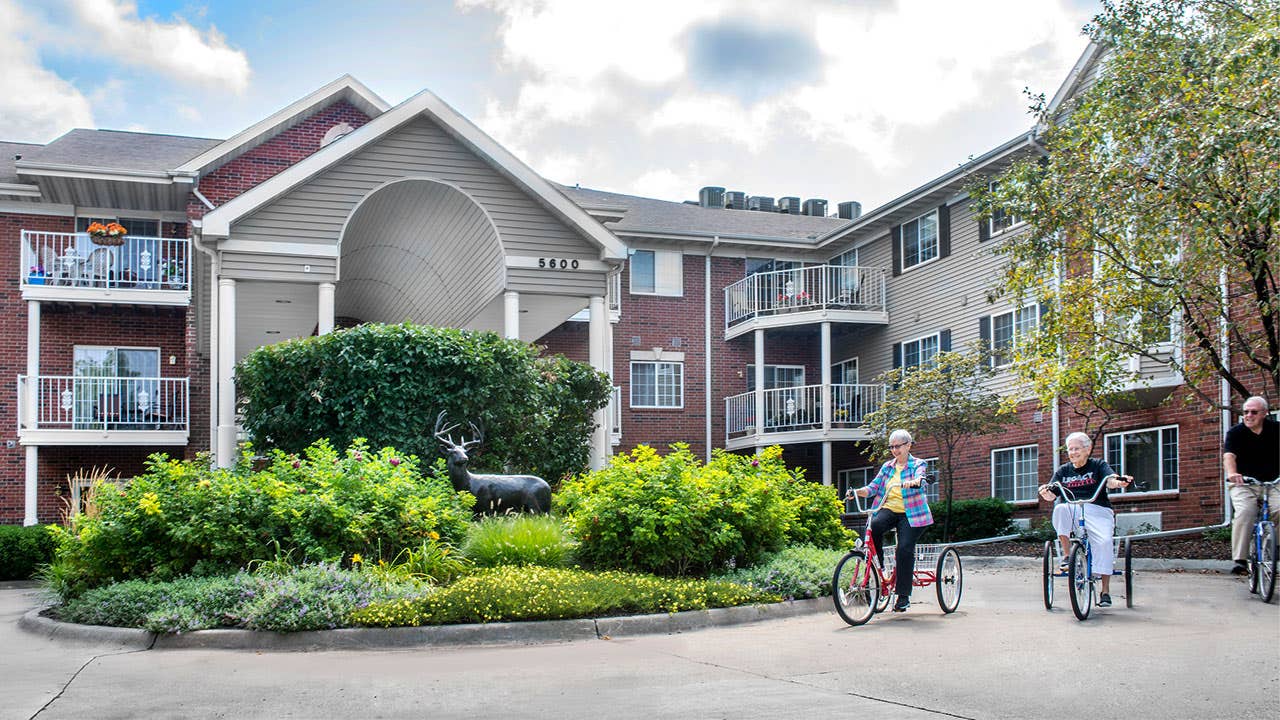 Most of us don’t close our eyes and picture the cornfields of Nebraska when we imagine our lives in retirement.

Robert Dingwall certainly didn’t while working as a horticulture consultant and landscaper in St. Louis. The 94-year-old is a resident of Legacy Retirement Communities in Lincoln, Nebraska.

“I said I would never move to Nebraska,” Dingwall says. “I’m enjoying it very much. The temperature is different than what I expected — more like St. Louis but not quite as hot. And the people are very friendly.”

Nebraska was ranked the best state to retire earlier this summer by Bankrate. While the Cornhusker State isn’t quite an established retirement destination, Nebraska offers the things retirees say they most care about: affordability, quality health care and safety.

Nearly 3,000 retirement-aged adults moved to Nebraska in 2017, the most recent federal data show.

By comparison, nearly 34 times as many adults 65 and older moved to Florida. The Sunshine State was the top spot for older adults relocating to a new state, followed by Arizona, which attracted about 36,000 people.

Sunshine and palm trees come with a trade-off. Both Florida and Arizona have higher costs of living than Nebraska, according to the 2019 Cost of Living Index from the Council for Community and Economic Research.

Leaving the working world means giving up opportunities to grow our annual salaries and shifting to a fixed-income lifestyle. Retirees need the money in their 401(k) accounts, pensions, savings and other retirement accounts to last as long as possible. Moving to a more affordable spot either in your area or somewhere new is one way to stretch savings.

Almost 4 in 10 retirees (38 percent) say they’ve moved at least once since leaving work. The top reason cited for moving is to reduce expenses (34 percent), according to a 2018 survey by the Transamerica Center for Retirement Studies.

Nebraska has higher property taxes than some other states and doesn’t exempt Social Security benefits or retirement income from its state income tax. But in some cases, the state’s taxation policies will be offset by lower prices elsewhere. For example, buyers might be able to pay less for a single-family home in Nebraska than they would in other metros, based on data from the National Association of Realtors.

Kathy Stokebrand lives in a community outside of Lincoln most of the year. The 81-year-old and her husband enjoy their rural privacy and independence while still being close enough to catch the Nebraska Cornhuskers play or a show at the Lied Center for Performing Arts. And when the temps dip, they escape to Arizona.

“What we like in living in Nebraska is that we have the best of what we enjoy, and in the wintertime we have means to get away from the cold weather,” Stokebrand says. “People here of lower incomes don’t have the same advantages that people with higher income do.”

Only 39 percent of employees are confident they will be able to cover medical expenses in retirement, according to the 2019 Employee Financial Wellness Survey from the consultancy firm PwC.

Just 10.5 percent of people in Nebraska said they needed to see a doctor but could not because of cost, according to the Agency for Healthcare Research and Quality. Only 10 states had fewer residents who couldn’t afford needed care.

Residents have access to the Nebraska Medicine health care network in Omaha and Bryan Health in Lincoln. And additional living facilities are springing up in Nebraska to support the state’s silver tsunami, baby boomers reaching their senior years, says Greg Joyce, CEO of Legacy Retirement Communities.

Joyce manages a 619-unit retirement community in Lincoln with about 750 residents. About 80 percent of the units are dedicated to independent living. The rest is set aside for assisted living.

Resort Lifestyle Communities is a competitor in the area. Ed Waymire, 75, and his wife Vickie, 70, are spending their post-working days at the company’s Savannah Pines Retirement Community.

The married couple opted to stay in Nebraska versus move nearer their children in Boston, Minneapolis or Seattle. Before health issues made it difficult for them to get around the state they used the Nebraska Passport Program, featuring stops like Carhenge in Alliance or Nebraska National Forest at Halsey. Now they mostly hang near the library, fire pit, lounge and other amenities in their community.

“It’s a slower pace of life,” Ed Waymire says. “When you’re at the place in life when you want to start slowing down a little bit, it’s a good place to do it.”

“You slow down, but you don’t stagnate,” Vickie Waymire adds.

<p>Adrian D. Garcia joined Bankrate as a data reporter in 2018. Adrian previously spent four years covering business, trends and other news stories for Denverite.com, the Fort Collins Coloradoan and other news organizations in Colorado. He graduated with a journalism degree from the University of Colorado Boulder in 2014. He participated in ProPublica's inaugural summer data institute in 2016 and the SABEW Goldschmidt Data Immersion Training in 2019.</p>