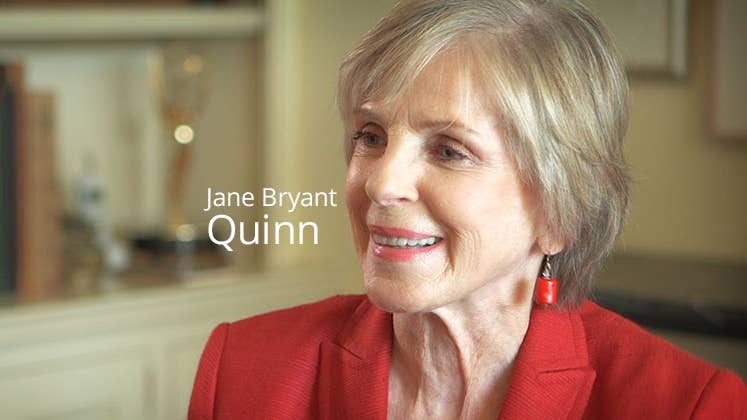 At face value, annuities offer a solid deal: guaranteed income for life. But they are not the most straightforward of products.

Annuities can be a cash cow for insurance companies and the people who sell them — making it important for you to understand them and trust your source of information.

There may be less costly ways to reach the same outcome with another investing tool. As with any big investment, discuss what is right for you with a trusted adviser who knows your complete financial picture.

Annuities are insurance against outliving your money, and the reason they make sense for some people is the mortality credits.

Mortality credits should be regarded as a threshold investment return that is required to beat the income from the annuity, wrote Moshe Milevsky, associate professor of finance at York University in Toronto.

It’s complex stuff, but here’s a simple explanation: Imagine that 10 people at age 75 all invest $1,000 at 5 percent interest.

“Now say only the people at the end of the period who are alive will share in the proceeds. At the end we know there will be $10,500 but we assume only nine people will be alive,” says Larry Swedroe, principal and director of research at Buckingham Asset Management in St. Louis.

“If there were nine people left and no insurance company involved, each person will collect $1,167 so the return jumps to almost 17 percent,” he says.

The difference between 5 percent and 17 percent — 12 percent — is the mortality credit.

The older you get, the larger the mortality credits get. By buying an annuity that pays income for life, you’re betting that you will live longer than the average person who buys an annuity.

Bottom line: For many people, it won’t really pay to buy an annuity until their mid-70s.

Though deferred annuities allow you to put off paying taxes, they don’t eliminate taxes altogether.

The capital gains tax rate is zero percent for the two lowest tax brackets and 15 percent for almost everyone else. A 20 percent tax rate on net capital gain applies to the extent that a taxpayer’s taxable income exceeds the thresholds set for the 39.6 percent ordinary tax rate. There are a few exceptions, including net capital gains from selling collectibles, which are taxed at 28 percent. That’s still lower than some ordinary income tax rates, which go as high as 39.6 percent.

That means long-term gains on most investments that you sell in a taxable account are taxed at lower rates.

But withdrawals from annuities get a different tax treatment than regular investments.

In a deferred annuity, “If I’m in the first period, the accumulation period, and I pull money out, it’s LIFO — last in, first out. So what I’m withdrawing first is interest. So it’s 100 percent taxable income: no capital gains rate, no preferred dividend rate,” says Mark LaSpisa, a certified financial planner with Vermillion Financial Advisors in South Barrington, Illinois.

After annuitization, the income investors receive is taxed slightly differently. Part of the payment is considered return of principal, so it is untaxed.

The more complicated the annuity, the more expensive it’s going to be. A straight fixed payout annuity with no riders will be less expensive than a variable annuity with any guarantee.

Longevity insurance — a single-premium annuity purchased at age 65 with payouts beginning at age 80 or 85 — may make the most sense, though it’s not an inheritable asset. It’s cheap compared with other annuities.

“If you have a variable annuity, there are mutual fund fees on top, commissions, monthly fee, annual contract fees. There are a lot of costs at the end of the day that average consumers have no idea that they are paying,” says LaSpisa.

Restrictions and loss of liquidity

Annuities come with what is known as a surrender period.

After buying an annuity, that money is locked in for a certain period of time, typically from six to eight years, according to the Securities and Exchange Commission, or SEC. You can take the money out, but you pay a certain percentage in surrender charges for access to your money. That fee typically decreases by 1 percentage point each year until it ends. You may also pay penalties if you withdraw before age 59½, plus taxes.

After annuitizing the account, your money is basically gone. You’ve given the account to the insurance company in exchange for a regular income.

“The problem is that most people don’t realize when they annuitize, they give up the account,” says LaSpisa.

“When you lock in these strategies, you don’t have an escape hatch,” he says.

The income that annuities guarantee is backed up only by the insurance company, and to a certain extent, the state. Every state has a guarantee association that each insurance company doing business in that state has to pay into, which guarantees a certain level of protection for policyholders. In general, the amount protected varies from $150,000 to $300,000, depending on the state.

But there is no Federal Deposit Insurance Corp. to ride in and give you your money back if the company fails.

When you purchase an annuity, you become a creditor of the insurance company, so it’s likely that you will get money that is owed to you for a couple of reasons.

“That book of annuity business was probably built on actuarially sound principles. The insurance company that is out of business would probably be able to sell that to somebody else, so you as a contract holder would not even see any disruption — the checks would just start coming from somewhere else,” says Craig Hemke, president and founder of Buyapension.com.

The risk to your money from an insurance company going under may be slight, but more cautious annuity investors may want to practice a diversification strategy.

“If you want to buy $1 million of annuities, you want to spread them around enough companies so that the guarantee is there,” says Swedroe.

Further, you should buy only from highly rated companies.