A wonderful retirement is the goal of many people, and you want it to come off without any major snags. But retirement plans always face challenges, whether it’s the volatility of the markets, the affordability of healthcare or the risks posed by inflation. Plus, you’re likely to face decades on a fixed income, and won’t have the financial flexibility you had before.

“Something that will surprise upcoming retirees is how long retirement actually is,” says Craig Cecilio, CEO and founder of DiversyFund, a real estate investing platform based in the San Diego area. He notes that retirement has been lasting longer over time as people live longer.

That’s why it’s vital to be fully prepared before you retire, and even make room in your plans for the unexpected. Here are seven things to do now to ensure your golden years really are golden.

A good retirement starts with a good retirement plan, and before you leave the safety of a steady salary or income, you want to make sure your plan is as rock solid as you can make it.

“If you haven’t already, the first thing anyone needs to do before retiring is to devise a retirement plan that is tailored to their goals and factors in things like cost of living, medical expenses, and Social Security,” Cecilio says. He also recommends paying off your debt before retirement to give you more financial flexibility.

And if you have a plan in place already, make sure you review it so that it’s up to date with the latest figures and estimates.

Retirement planning is a tall task for many individuals, especially given the complexities around what you’ll earn with Social Security, the costs of Medicare and potential investment returns.

“Have a specialist help you look at your situation,” says Sharon Duncan, CFP with Selah Financial Services in Houston. “You’re likely to be retired 20, 30, or more years. Inflation will make your cost of living go up, but your retirement income will probably not go up as fast.”

A financial advisor, particularly a fee-only fiduciary advisor, can help you avoid common mistakes, such as having the wrong allocations early in your retirement or not having enough income.

2. Prepare for the impact of inflation

As the last two years showed, inflation can pick up at unexpected times and really hurt those who aren’t prepared. Inflation can absolutely devastate a financial plan that relies highly on fixed-income investments such as bonds. If you need to spend all your retirement income and can’t reinvest any of it, inflation will grind down your purchasing power over time, making your dollars worth much less.

So you need a financial plan that factors in inflation. Social Security does raise its payouts in response to rising prices, but that won’t likely be enough to protect your standard of living.

You’ll need to build in a financial plan that has some growth assets in it, so that your income can rise over time and you won’t be left making the same income you did 10 years ago.

“We can run retirement cash flow reports that will analyze the current income needs of the client and their available assets, and it projects forward 20-30 years with some reasonable growth assumptions for the investments,” says Ben Barzideh, ChFC, wealth advisor at Piershale Financial Group in Barrington, Illinois. “We can add a cost of living increase each year to their income and see how that would affect the long-term projections.”

You’ll want to be sure that your financial plan is not too conservative and allows you to grow your money over that longer retirement period. Otherwise, inflation may eat up your income.

3. Protect your assets from the market

While it would be nice to live off the earnings of investments and not have to dip into principal, that’s not likely to be an option for most retirees. So it’s important to make sure any income that you’ll need in the near future (that is, at least over the next year) is protected from the market. You don’t want to rely on the market to be up (so you can sell stock) to fund your expenses, as 2022 painfully demonstrated.

For example, if you have Social Security and other retirement income of $30,000 a year, but you need $35,000 in income, you want to set aside $5,000 from investment accounts, which are more volatile than bank accounts. You can put this money in a high-yield online savings account or dump some of it into a short-term CD so that it may earn interest until you need to use it.

“What might surprise someone retiring this year is how much health insurance costs these days,” says Barzideh. He says many people put off retirement until they’re old enough to get Medicare, unless they can find a cheaper alternative before then.

So if you’re planning on retiring, make sure you have an affordable healthcare plan. But it’s not as easy to know what your options are and set up the plan as it was when you were working.

“If you’re used to your company providing a few choices during open enrollment and then you’re done, you’ll find that health insurance requires more leg work during retirement,” Duncan says. “It’s not an impossible task, it’s just frustrating and time-consuming.”

Here again, a good financial advisor may be able to help you find quality, affordable options and compare the costs and the effects on your overall financial plan.

5. Shift your perspective from saving to spending

You’ve gone your whole life working and saving, but now that you’re in retirement you’ve made it to the time you’ve been saving for. You’ll have to shift to a spending mentality.

“Up until retirement, we think spending what we have saved is ‘bad,’” says Duncan. “In retirement, it’s just the opposite. It’s actually OK to spend, and not save, during retirement. Although this seems simple enough, it is a hard emotional change for many people because we feel like we’re breaking the rules.”

Duncan says the feeling usually goes away after a few months of living in retirement.

For others who have been trained in saving their whole lives, it might be useful to set up a minimum spending budget, at least at first. With this budget, they can purposely spend with an easier conscience and still know that they have money left in reserve if they need it.

Having a successful retirement is not all about getting the financial details right, though those details do make it all a lot easier. It also revolves around finding new purpose away from the work world, perhaps with new friends, or in a different context altogether.

“We have had purpose during each phase of our life, and retirement is no different,” says Duncan. “Retirement offers a freedom and flexibility like never before. You can even change your purpose whenever you want.”

Without purpose, you may find yourself dreading your free days and even feeling bored.

“Find a purpose and live retirement intentionally. It improves your health, vitality and happiness,” she says.

7. Plan to stay on top of finances in retirement

You might think that once you’re retired with a solid financial plan you’re ready to kick back, but it’s still important to manage your finances. Given that many live on a fixed income, it might be more important to stay on top of your finances and how changes to the law may affect them.

“Be proactive with your retirement and take it upon yourself to know what applies to you and your household in retirement,” says Henderson, pointing to potential changes in taxes, laws and Social Security.

“When you know the rules you can put yourself in the best position possible,” he says. “The problem is that most people are passive in their retirement planning and only address issues after the fact, and that is where the major mistakes are made.”

It’s another example of how a qualified fiduciary advisor could add value to your retirement. Or a low-cost robo-advisor could also help you avoid spending a lot of time managing your finances.

Setting up a retirement plan can be daunting for many people, particularly if they think they don’t have enough to retire or retire how they want. But you may have more than you think. And even if you don’t have enough, you may be able to adjust your plan to maximize your savings.

“Often we see with our clients that they are pleasantly surprised the first time we run the retirement projection for them and they realize they can retire and they’ll be fine,” Barzideh says. 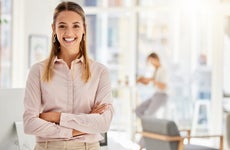 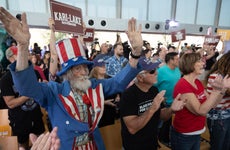 2022 midterm elections and your retirement: How to stay financially prepared for policy changes 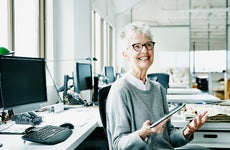 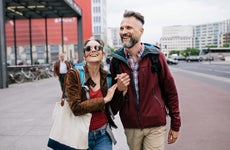