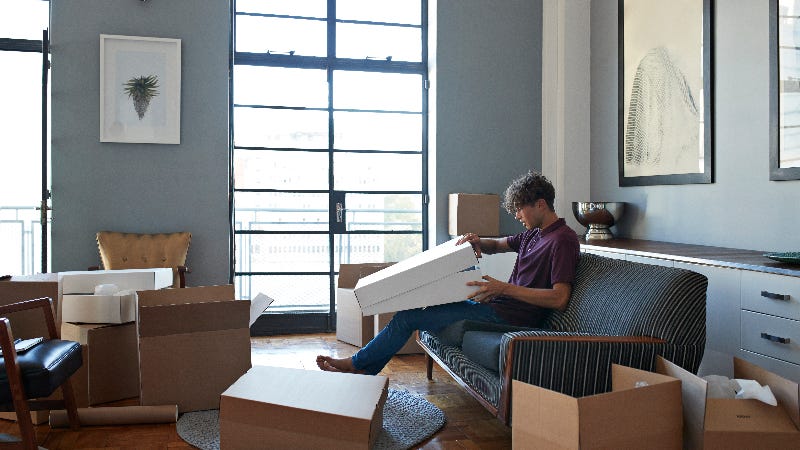 Choosing a place to live comes with a lot of big decisions, but deciding on the type of housing that fits your needs and lifestyle is the first step.

Many people like the convenience and flexibility of living in an apartment, especially if they are new to a city or don’t want the financial responsibility of owning a home just yet. Let’s explore what an apartment is and who is best suited for apartment-style living.

What is an apartment?

An apartment is a rented residential unit that is part of one (or several) residential buildings, or a separate dwelling in a home. There is typically one owner or management company for all the units who does all the maintenance and upkeep.

The rental lease options are flexible and can range from a few months to one year, which is usually the most popular lease term. Apartment renters usually have access to common areas such as a gym, pool, covered parking and trash disposal.

As of 2018, there were nearly 43.4 million renter-occupied households (or 36 percent of total households) in the U.S., which represents 108.85 million individuals, says Caitlin Walter, vice president of research for the National Multifamily Housing Council, a Washington, D.C.-based leadership of the apartment industry.

How does an apartment compare with a condo?

Apartments and condos have many similarities, with often the same type of amenities such as manicured green spaces and shared walls. Condos are units within buildings that are owned by individuals instead of being leased.

Owners of condos must pay for the maintenance of the unit through annual assessment fees, both inside and out, and also pay property taxes. A condo owner often have the option of renting out the unit to a tenant and earns equity by making monthly mortgage payments.

An apartment renter isn’t generally responsible for much of the major maintenance of their unit, such as replacing blinds or carpeting. The property manager of the apartment building typically is responsible for scheduling maintenance and repairs to units during the lease period and when a renter moves out.

Apartments usually cater more to the general public, while condos serve someone who wishes to either be a homeowner or at least feel more like a homeowner if they are renting the condo, says Jason Doyle Spencer, a Dallas-based Realtor with Dave Perry-Miller Real Estate.

Lastly, because condos are built to sell, they typically come with higher-grade appliances and finishes than apartments.

What is the difference between an apartment and a flat?

While apartments and flats are generally similar residential dwellings, the word apartment is used commonly in the U.S. while the word flat is synonymous with apartments in the U.K. and Australia.

Other similar terms for the same type of residential dwelling are walk-ups and brownstones, which are actually townhomes that can be comprised of individual apartment units, says Tristen Heimann, director of residential rentals with Luxury Living Chicago Realty. Brownstones and walk-ups (as that name implies) don’t have elevators, unlike some apartments, however.

Should I rent or own an apartment?

Owning an apartment is an option that is only available in certain parts of the U.S. For example, in some cities, the term apartment instead of condo is used in places like Manhattan, Spencer says.

Deciding whether to own an apartment or lease it often depends primarily on your finances. New York City is notoriously expensive, so most people rent apartments rather than buy them.

The median home price in the U.S. rose by 3.9 percent to $254,800 in first quarter 2019, up from $245,300 during the first quarter of 2018, according to data from the National Association of Realtors. A buyer will typically need to save tens of thousands of dollars for a down payment and 2 percent to 4 percent of the purchase price in closing costs.

Another factor that can impact your decision is the stage of life you are in, Heimann says.

“If you know that you are going to stay in one spot for 10 years or so, then it might be wise to purchase,” he says. “However, if things are more transient with one’s career and personal needs, it makes a lot of sense to rent.”

Owning a property, even a smaller one such an apartment, means less financial flexibility and more costs beyond the mortgage, such as annual maintenance fees paid to a condo board, property taxes and ongoing repair and maintenance expenses.

“Not being tied down with a mortgage and typically having resort-level amenities are appealing for many renters,” Heimann says.

Pros and cons of living in an apartment

Who are apartments best suited for?

While many apartment dwellers are younger, single people who move often for jobs or don’t want the obligation of paying a mortgage for a condo or house, the demographics of individuals living in apartments is changing. There are more Gen Xers and baby boomers living in apartments who want simpler living arrangements and to leave the hassle of maintenance behind as they age.

In fact, the number of renters aged 50 to 64 years increased by 87 percent between 2000 and 2017, according to the Joint Center for Housing Studies at Harvard University’s analysis.

The maintenance-free lifestyle is another big reason why people are renting, Heimann says.

“Many Baby Boomers are relocating back to the city and downsizing into these new amenitized buildings,” he says. “They do not need to worry about mowing the lawn, shoveling snow, fixing appliances or even replacing the light bulbs. It’s all taken care of within 24 hours at most luxury apartments.”

In reality, apartments are suited for anyone looking to stay in a prime location for a cheaper price near shopping, restaurant and entertainment centers, often at a more affordable cost than buying a condo or single-family home, Curci says.

Reviewed by
Jeffrey Beal
President, Real Estate Solutions
About our review board