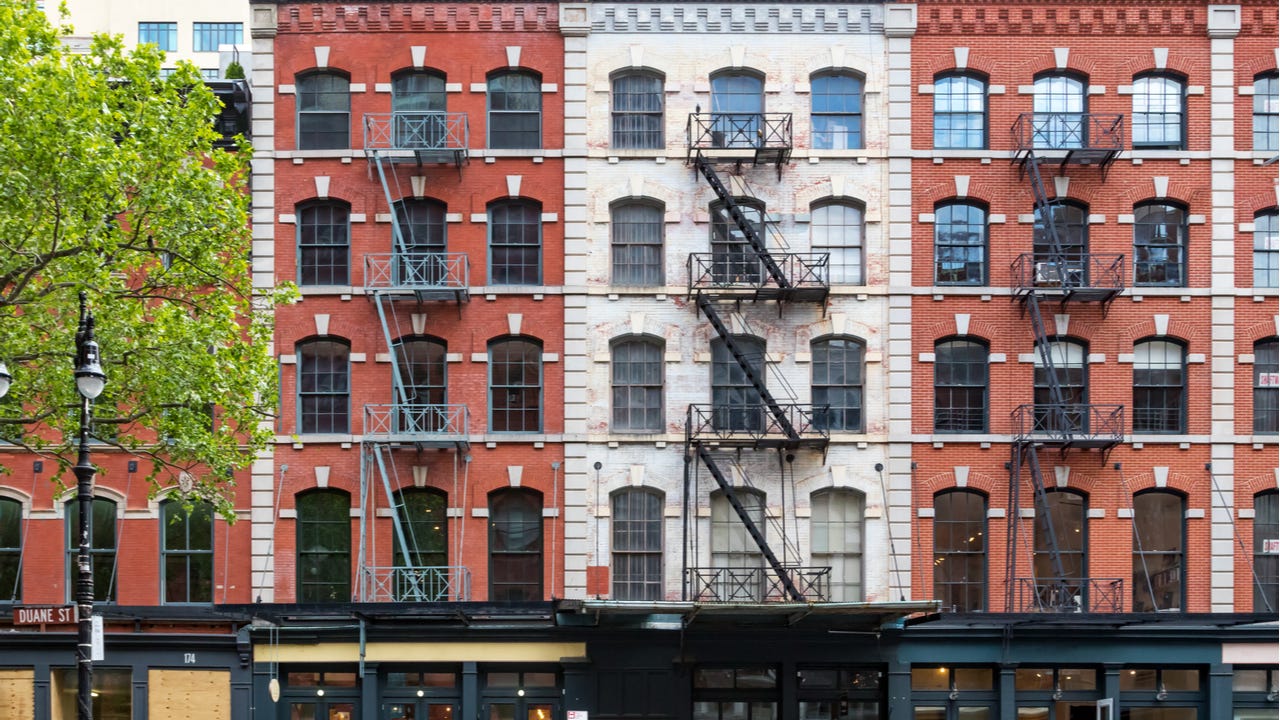 What if you could own shares in a residence, just as you can own shares on the stock market, but also be allowed to live in that residence? This is possible when you buy into a co-op, also known as a housing cooperative. If you’re in the market for a condo purchase or apartment rental, you might also be considering purchasing shares in a co-op. Co-ops offer some advantages over condos and other housing options, but they also have their drawbacks.

When you buy a single-family home, condominium or other type of residential property, you technically own that residence and are granted a deed allocated to a particular section, block and lot number.

Co-ops work differently. When you claim a unit in a housing cooperative, you are purchasing a fixed number of shares in a housing corporation that owns the building where the unit is located. That makes you a shareholder of that corporation. Because you’re buying shares, you won’t get a deed; those shares are considered personal property instead.

One of the benefits of being a shareholder is that you have the right to live within a specific unit and use common areas of the building (which might include amenities like a gym, pool or playground), subject to the terms of an occupancy agreement or proprietary lease. The co-op corporation owns the building and serves as its landlord, while you serve as a shareholder tenant.

Most housing cooperatives were created prior to the mid-1970s and are situated in areas like New York City, Chicago, Philadelphia, Seattle and a few other major metro markets, according to the National Association of Housing Cooperatives. Many of these co-ops involve apartment buildings, but they can also include townhome buildings, single-family home communities and senior housing.

How does a co-op work?

When you purchase in a co-op, you are not buying real property. You are buying shares in a cooperative corporation, which gives you the right to occupy one of those units. The co-op is managed by a board operated by members who can vote on rules and policies and changes to them.

“In most co-ops, the board has a right to approve a potential purchaser, unlike a condominium, where the board typically only has a right of first refusal to purchase the unit,” explains Scott Smiler, an attorney with Gallet Dreyer & Berkey in New York City. “The board is tasked with determining the amount of income the co-op needs to collect from its shareholders in order to adequately fund operations and reserves.”

This income is collected in the form of monthly maintenance fees that each shareholder must pay; these fees pay for things like utility bills, property taxes and assessments. Co-op fees are often higher than those charged by condo associations because co-ops pool all monthly expenses into one bill.

“An entire co-op building is one tax lot, so instead of receiving an individual tax bill for a shareholder’s unit, the entire building receives one tax bill and each shareholder will pay a portion of that, based on their shares,” says Alexandra Columbo, an attorney with New York City-based Capell Barnett Matalon & Schoenfeld.

The condition and financial strength of a co-op is critical. Each co-op has a reserve fund used to pay for the costs of repairs and replacements of the building’s major components, “which might include a new roof, new elevator system, new windows or a new heating system,” Columbo adds. “This reserve fund has available funds for unexpected expenses as well.”

If there is not enough money in the reserve fund, the housing cooperative will implement an assessment, meaning that the shareholder’s monthly maintenance bill can increase, or the shareholder could be responsible for paying one large lump sum.

Pay attention to how a co-op’s reserve fund is established and replenished. In New York City, for example, co-op transactions are subject to what’s known as a flip tax — essentially a transfer fee. If a reserve is funded primarily by this fee, it could be indicative of a board that isn’t willing to spend on upkeep, which could mean maintenance issues overall.

There are three main types of co-ops:

You might be wondering the difference between co-ops and condos. First, co-ops and condos have one main thing in common: Occupants reside in separate units within a building or structure that has shared common areas. With a condo, however, you receive a deed and a parcel of real property in exchange for your purchase price. With a co-op, you buy a fixed number of shares of the corporation that owns or rents the building where the units are located. Instead of getting a deed, you get a proprietary lease or occupancy agreement.

In addition, “condos typically cost significantly more than co-ops but allow for a large variety of financing options, which enables many buyers that wouldn’t be candidates for co-ops,” Columbo says. Condos also cost more because they’re easier to sell.

“The approval process for co-ops can be daunting and rigorous, with a substantial amount of paperwork and disclosing a lot of personal information that the board may request,” Columbo explains. You’ll be interviewed by the board, as well.

The problem is, in some markets, like New York City where the majority of available apartments are co-ops, there is a limited inventory of condos available. That makes co-ops a viable alternative for people looking for housing who can’t find a condo.

“The value of co-ops doesn’t always appreciate at the same rate as condos,” Columbo adds. “This has to do with the stringent approval process and a high down payment requirement, which often rules out many potential buyers.”

Pros and cons of a co-op

Co-ops come with advantages and disadvantages, especially compared to buying a condo. First, the pros:

Of course, there are several potential downsides to buying in a co-op, including:

Risks of a co-op

There can also be risks that come with purchasing shares in a co-op. It’s important to consider several factors, including:

If the answers to these questions aren’t preferable, you might want to look elsewhere or consider another form of housing.

Another risk: You could waste time and money engaging an attorney to negotiate the contract of sale with the seller, only to submit the board package and ultimately be rejected without any explanation.

As noted, there’s also the risk of being unable to sell as quickly as you’d like, “especially if high down payments or cash financing are required by the housing cooperative,” says Columbo. “Not all prospective buyers in the market are flush with cash but may be able to secure financing through an institutional lender. Hence, this pool of buyers may end up going to the condominium market instead.”

How much does a co-op cost?

The cost of buying into a co-op can run 25 percent to 30 percent less than you’d pay for a condo, according to Columbo.

“Compared to condominium units, co-op units tend to trade slightly lower in sales price due to the co-op board’s right to approve all sales,” Smiler notes. “Some people like a co-op’s exclusivity and added layer of vetting, but this also limits the pool of potential buyers, thus reducing the sales price.”

You can pursue financing to purchase co-op shares using a mortgage lender or bank, and the process is somewhat similar to financing a condo. A co-op loan isn’t as easy to come by as other types of mortgages, but some lenders do specialize in them. They tend to cost more than a condo loan, as well.

Is buying a co-op a good investment?

Purchasing shares in a co-op can be a good investment that rewards buyers when it’s time to sell, although you’ll want to do your homework. This includes reviewing annual filings from at least the past three years and board minutes from at least the past five. The board minutes, in particular, will reveal any problems with the building, and potentially even with your unit, or litigation you’d be exposed to.

“If you want a secure environment with long-term neighbors, no short-term visitors, no loud music and many times no dogs or cats, purchasing a co-op might be for you,” says Columbo. “Co-ops are usually tight-knit communities of shareholders who take pride in the stringent rules and encourage their neighbors to abide by these rules and regulations.”

For these and other reasons, you might want to consider a condo instead, which can be easier and quicker to purchase and sell, and come with a wider variety of financing options.

Reviewed by
Jeffrey Beal
President, Real Estate Solutions
About our review board