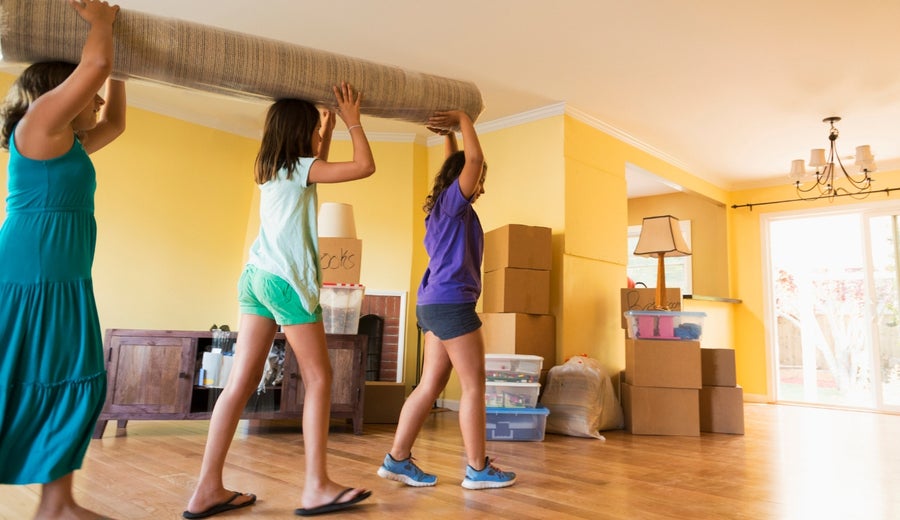 Spring homebuying season got sidetracked by the coronavirus shutdowns, but summer 2020 promises to turn things around, albeit slowly. Data from across the housing industry shows signs of a rebound, even as the economy muddles through a recession brought on by the pandemic.

According to recent analysis from Harvard University’s Joint Center for Housing Studies it’s the housing market that has historically led the country out of recessions as mortgage rates drop, prompting people to buy — and today’s record low mortgage rates are certainly stoking interest.

Eager homebuyers are jumping on the low interest-rate train as mortgage applications to purchase jumped 4 percent last week, according to according to data from the Mortgage Bankers Association’s (MBA) Weekly Mortgage Applications Survey for the week ending June 12, 2020. The ninth consecutive week of gains also pushed applications to its highest point in 11 years, with applications outpacing last year’s volume by 21 percent.

The momentum since late April, fueled by low interest rates, parted the clouds on the housing market and caused Joel Kan, associate vice president of economic and industry forecasting for the Mortgage Bankers Association, to alter his forecast.

“The recovery in housing is happening faster than expected. We anticipated a dropoff in Q3. But, we don’t think that’s the case anymore,” Kan says. “We revised our Q3 numbers higher. Before, we predicted a 2 percent decline in purchase originations in 2020, now we think there will be 2 percent growth this year.”

Although seemingly small, the fact that housing in 2020 has a chance of coming out ahead of where it was last year, given the depth of the economic contraction, is remarkable, Kan says.

Homebuilder confidence has done an about-face since the beginning of the coronavirus pandemic. In the latest NAHB/Wells Fargo Housing Market Index (HMI), builder confidence in newly built, single-family homes shot up 21 points to 58 in June. Any score north of 50 points means the market is in good shape.

The monthly survey is designed to get the pulse of both buyer traffic and market conditions for new home sales today and in six months.

“As the nation reopens, housing is well-positioned to lead the economy forward,” said NAHB Chairman Dean Mon. “Inventory is tight, mortgage applications are increasing, interest rates are low and confidence is rising. And buyer traffic more than doubled in one month even as builders report growing online and phone inquiries stemming from the outbreak.”

New home building is steadily rising from the ashes as construction companies resume work. The easing of coronavirus restrictions helped housing starts rise by 4.3 percent in May when some 974,000 homes broke ground, according to the Census Bureau. The majority of activity was in multifamily construction, with single-family homes increasing by just 0.1 percent from April.

“The weaker-than-expected single-family starts number may be a matter of timing, as single-family permits jumped by a stronger 11.9 percent. In addition, the number of authorized single-family units not yet started rose 5.4 percent to the second-highest level since 2008,” says Doug Duncan, chief economist at Fannie Mae. “This suggests that a significant acceleration in new construction will likely occur in June.”

Construction fell by 23 percent from this time last year, which is adding to the supply shortage and also helping to keep home prices up. In fact, April had the largest shortage of homes on the market in recorded history, says Lawrence Yun, NAR’s chief economist.

Home purchases fell in May

May continued the three-month trend of falling existing home sales, down 9.7 percent for the month. The Northeast was hit the hardest (sales were down 13 percent), followed by the West (11 percent), Midwest (10 percent) and the South (8 percent). Across the country, sales tumbled 26.6 percent from the same time last year, according to the National Association of Realtors existing home sales report out today.

May’s numbers are a product of March and April activity, when the pandemic was forcing states into lockdown and businesses to close.

“Sales completed in May reflect contract signings in March and April – during the strictest times of the pandemic lockdown and hence the cyclical low point,” said Lawrence Yun, NAR’s chief economist. “Home sales will surely rise in the upcoming months with the economy reopening, and could even surpass one-year-ago figures in the second half of the year.”

Since most experts forecast that rates will remain in the mid- to low-3 percent range throughout the year, homebuyers can expect to get a low-cost mortgage. This might help offset higher prices in some areas.

For buyers who can work from home, choosing to move outside costly city centers is an option that has gained steam during the pandemic.

“We have seen a trend in the last couple months where city dwellers are moving to the suburbs and even the country. They’re leaving Manhattan and going to places like Westchester, Connecticut and Long Island. Some are even moving farther, to upstate New York,” says Alan Rosenbaum, CEO of GuardHill Financial in New York. “There’s supply out there and people want space.”

Sellers are also in a good position as inventory remains tight, putting the advantage on their side. Even with unemployment pushing 13.5 percent, there are enough motivated buyers to keep prices up.