The deal reached Friday included arrangements for negotiations on border security, but didn’t include any funding for a border wall.

The 35-day partial shutdown was the longest in history. The closure began when Trump started demanding funding for a $5.7 billion wall between the U.S. and Mexico, refusing to sign a bill that would fund the government.

The announcement came one day after the Senate blocked proposals from both Trump and Democrats to fund and reopen the government.

“As everyone knows, I have a very powerful alternative but I didn’t want to use it at this time,” Trump said in his announcement, referring to his suggestion of declaring a national emergency to get border funding. “Hopefully it will be unnecessary.” Later in his speech, he said he will exercise his those powers, if necessary.

Trump said he will “make sure that all employees will receive their back pay very quick or as soon as possible.” He did not give specifics on when that would be.

A poll recently ran by ABC News and The Washington Post finds that Trump’s current approval rating sits at 37 percent, the lowest two-year average for a sitting president since 1945.

Mark Hamrick, senior economic analyst at Bankrate, says it’s good news that the shutdown appears to be ending, but the solution presented Friday is temporary — and major damage has already been done.

“Both financial and psychological tolls have been taken,” Hamrick says. “There are people and all sizes of businesses and other entities reliant on government workers and federal funding hurt because of a political spat. Longer-term, the federal government has failed on one of its basic missions: To attract and retain the best workers possible. Job and financial security have been severely compromised.” 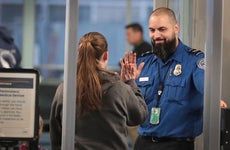 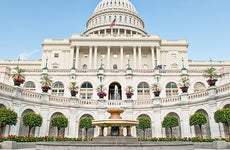 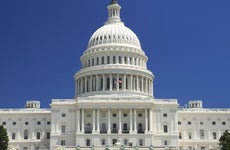 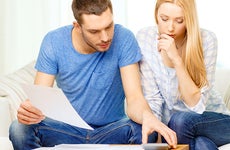 Budgets can crumble in times of trouble