Bereavement fares have slowly been disappearing in the last decade as airlines try to cut costs. As booking flights has also moved online, it makes finding the fares even more difficult because many require phone calls.

Even for those airlines that do offer those discounted fares, it may not be the cheapest option. As painful as it sounds, research is often needed to weigh the best option.

‘The fares were outrageous’

Albert Diaz, a Delray Beach, Fla., resident, found the difficulties of finding a cheaper bereavement fare when he had to attend the funerals of two beloved aunts in 1998 and 2006, respectively. Diaz flew from Columbus, Ohio, to Miami in 1998 and from West Palm Beach, Fla., to New York City in 2006.

It’s an unfortunate inevitability for many: making last-minute plane reservations for a funeral of a loved one. In a time of emotional upheaval, it’s hard to think about dollars and cents when it comes to air travel, but there are decisions to be made.

“I did shop around,” Diaz says. “There were no discounts, and the fares were outrageous.”

Finding a discounted fare can be daunting, but airlines that do offer bereavement fares often do so by availability, length of stay, destination, class and whether it’s a nonstop flight. For many carriers, the customer is offered the lowest available advance-purchase fare — but there is far from an industry standard.

“We have never portrayed or tried to say we are the least expensive fare out there,” he says. “But it tends to be kind of in the middle between a full walk-up fare and an advance purchase, leisure type.”

This philosophy, Smith says, tends to keep people honest. The airline may ask for a phone number to a funeral home or hospital to verify information, but it’s not mandatory. The airline also is very “liberal,” as Smith says, in applying the fare. An uncle or a distant relative or even dear friend can qualify, he says.

Fares and conditions vary across airlines

Some airlines, American included, also allow discounted fares for medical emergencies and flexible return dates. These policies vary though, so discussion of such issues is a must.

A random check of American Airlines for a last-minute bereavement fare in mid-March between Fort Lauderdale, Fla., to Phoenix for four days was $692 as compared to the $851 normal cost.

Atlanta-based Delta Air Lines also offers bereavement fares. It cost $425 for a similar flight between Fort Lauderdale, Fla., and Phoenix for the same time frame under the bereavement policy, as compared to the walk-up rate of $595.

To help those searching the Web for bereavement fares, Bankrate conducted a small survey of major airlines to see which offered the discounted rate. Here are the results as well as the conditions of qualifying for the discounts.

Phone: (800) 237-2747
Bereavement fare offered: Yes
Conditions and restrictions: ravel is offered between metropolitan France and the French overseas departments (Martinique, Guadeloupe, Reunion and French Guiana). Air France does not offer special fares for any other destination, but many insurance policies reimburse airline tickets in this case. For more information, check with your insurance company, travel insurance provider or the insurance policy associated with your credit card.
Family members included for discount: Not available.

Phone: (800) 433-7300
Bereavement fare offered: Yes
Conditions and restrictions: Fares are flexible based on availability. The return date is flexible, and verification may be required. Fares are available for medical emergencies as well.
Family members included for discount: The reduced airfare is flexible depending on the situation. The traveler must call for more details.

Note: Except for United Airlines, bereavement discounts are based on availability, route and length of stay.

Note: Except for United Airlines, bereavement discounts are based on availability, route and length of stay.
Related Links:
Related Articles: 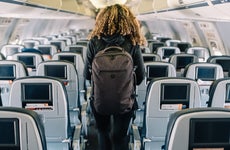 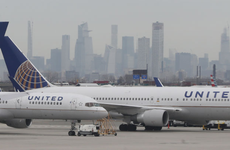 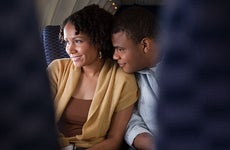 A guide to airline companion passes 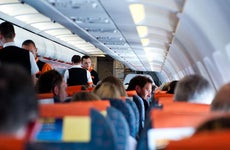