After a run of food-focused holiday get-togethers, many people vow to sign up for a weight-loss program during the early part of the year.

How much do weight-loss programs cost? Price quotes from three diet programs, based on a goal of losing 25 pounds, run the gamut from $65 to more than $700, though the price tag on the low end of the spectrum doesn’t include the cost of groceries.

Before you sign up, consider how much you are willing to spend.

Weight Watchers’ three-month online-only subscription — with access to community forums, interactive tools and 2,500 recipes — costs $65. No prepackaged food is available. Relying on a point system, the goal is to train yourself to eat a balanced diet each day based on foods you already stock in your fridge.

Weight Watchers estimates that up to 2 pounds can be lost per week. Following the program, it would take between 13 and 25 weeks to lose 25 pounds. That will cost between $65 and $440 total, depending on how actively you wish to participate in the program. In addition to the online-only subscription, you can attend weekly meetings at a cost of between $10 and $15.

“Members are taught to manage food choices through the point system,” says Liz Josefsberg, director of brand advocacy for Weight Watchers. “Maybe an apple is zero points, but a candy bar is 10 points. This helps you understand the choice. It’s all about managing the food choices. We encourage real food in the real world. We want you to be able to manage food in any situation.”

Last fall, the PointsPlus system debuted as a tweak on the decades-old point system.

Those strapped for time who desire convenient meals requiring little preparation might consider such programs as Nutrisystem or Medifast.

For $259 per month, plus an extra $100 for add-in items such as dairy and fresh vegetables, Nutrisystem delivers all meals — a mix of frozen and pantry-ready foods — to your front door.

“On Nutrisystem, you can expect to lose at least 12 pounds a month, so losing 25 pounds in two months is feasible,” says Meredith Bandy, coordinator of Nutrisystem’s public relations and marketing.

“You can throw the food in your bag when you go to work — or in your suitcase when you go on vacation,” says Susan McGowan, senior director of public relations.

Nutrisystem gives dieters a choice of around 150 entrees. The program endorses eating three small meals and one serving each of a dessert and a snack daily so that blood sugar levels don’t vary much. Items range from crispy rice cereal for breakfast to a variety of sweets for after dinner.

In lieu of meetings, members have 24-hour phone access to a team of registered dieticians as well as an online community on Nutrisystem.com.

Medifast advocates replacing the common three-square-meals structure with five prepackaged meals per day, consumed every 2.5 hours. The 70 different Medifast meals are limited in variety; options include mostly shakes, bars, soups, puddings and breakfast foods. Members are also encouraged to add a daily meal of lean meat and a side of salad greens plus vegetables.

“What we’re basically doing is taking out all the guesswork, in terms of calorie-counting,” says Paul Intlekofer, Medifast’s chief marketing officer. “The choice is, ‘What do you feel like tasting?’ The brownie is the same as the maple syrup oatmeal,” as far as calories go.

Medifast also offers health coaching through MyMedifast.com as well as Medifast Weight Control Centers in 20 markets for those members who live nearby. According to Medifast’s website, the program’s meals cost about $11 per day, or about $300 per month. For 2 months, the meals would set you back roughly $600 plus supplemental groceries.

Critics say some of these weight-loss programs don’t have lasting effects because they don’t teach consumers about nutrition. “What are you going to do when you get off the diet?” says Lisa De Fazio, a former dietitian at Kaiser Permanente who now serves as a consultant.

“It’s a huge industry and, for some, it’s a business making money off people’s weakness for food.” She advocates getting a consultation with a nutritionist, which costs between $75 and $100 per hour.

Of course, you can ditch a prescribed weight-loss program and launch a self-guided diet instead, which might involve the purchase of a diet book for between $15 and $25.

For the exercise part of the program, you can take walks and bicycle rides for free. Or you can sign up for a gym membership at about $40 per month. Such an independent program would cost less than $50 per month, plus grocery bills, of course.

The downside is that this self-regulated program requires more discipline to diet and little support, outside of the encouragement of family and friends. The weak-willed may find it too challenging.

“The environment we live in is really hard to manage,” says Josefsberg. “You go to the pharmacy to pick up a prescription, and you pass 75 candy bars.” 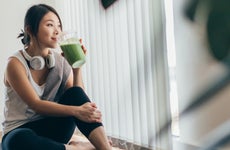 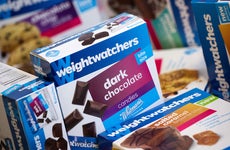 Weight Watchers lightens your wallet, but only a little 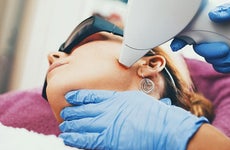 How much does laser hair removal cost?