Is your spouse cheating on you with money?

Maybe. Have you noticed a few dead presidents missing from your wallet or purse lately? A growing number of checks cashed at the grocery store for more than the purchase amount? An unexplained drain on your 401(k) or home equity line of credit?

Time to wake up and smell the latte, says Ruth Hayden, a Minnesota-based financial consultant, educator and author of “Your Money Life: The ‘Make-It-Work’ Workbook.” As a financial counselor for many years, she’s seen it all.

“The major warning sign is when you can’t have a reasonable conversation about money,” says Hayden. “He or she feels defensive or accusatory, which means he or she has something they’re hiding. If it gets a little bigger than that, he or she is able to buy stuff and you can’t explain how they can afford it.”

How do you spot and stop a sneaky spouse? We sorted through Hayden’s case book and real-life examples submitted by Bankrate readers to uncover the means and motives of a marital money thief, and then examined effective ways to prevent them from stealing your marriage. Names have been changed to preserve their unions.

The petty thief and the big spender 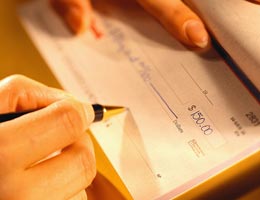 The sneak: Wendy sneaks money from her husband, Rick, by writing checks for more than the purchase amount and buying goods on a credit card, then returning the items for cash. Rick has his own habit of buying big-ticket items he wants, such as outboard motors, without consulting Wendy.

The reason: Wendy’s behavior fits an ancient tradition in which women pilfered money for security in a male-dominated society. “There’s a Yiddish word, ‘knipples,’ which means little pots of money,” says Hayden. “If a person pilfers, usually it’s a female and I look into how powerless she feels.”

Rick’s behavior is classically male. “Men do it in larger amounts to show off to their buddies, to be the big man,” Hayden says.

Wendy considers her knipples a “balancer” for what she views as Rick’s excesses. Rick considers most of Wendy’s spending wasteful or frivolous.

The fix: “If we can rebalance it and make everything transparent, it goes away,” Hayden says. Wendy and Rick need to acknowledge their spending, respect each other’s needs and work toward a yours-mine-and-ours approach to household finances. Communication without recrimination saved this marriage.

The day-trader who gambled his marriage 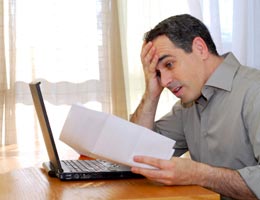 The sneak: Jim is a loving husband, a great dad and a respected doctor. But unbeknown to his wife, Diane, he’s also a closet online trader. When she discovered how much money he’d lost, she showed him a little market volatility of her own.

The reason: Successful people often wind up that way by taking risks and overcoming challenges. Little wonder that, once successful, they may search out hobbies that satisfy their thirst for adventure. Jim’s major misstep was keeping his a secret from Diane.

The fix: Don’t change Jim, just constrain him. “The way we solved it was to have him open up a checking account, and he got an amount of money from their monthly cash flow,” says Hayden. “He could do anything he wanted with it as long as it wasn’t illegal. If he loses it all, the family is still fine. I knew if he didn’t do that, he would start trading again on the side.”

What about Diane? “She got the same amount of money to do whatever she wanted,” Hayden says. “And because he had put them on such a roller coaster, I think she’s hoarding it.”

The case of the home equity termite 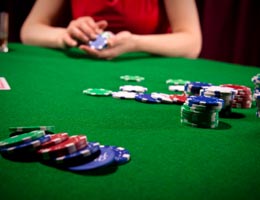 The sneak: Lynette secretly drained the $100,000 maximum from her home equity line of credit to support her gambling habit. Lynette handles their finances, so husband George had no clue she was eating through their equity like a termite until the lender tipped him off.

The reason: When couples don’t communicate about money, mischief often follows. Lynette’s gambling was out of control, but George shares some of the blame for being oblivious to her equity mining.

“It’s not illegal if the title is in both names,” Hayden says. “You can’t open or raise a line of credit without both signatures, but you’re free to run it up to the max.”

The fix: Happy ending time. Lynette entered treatment for her gambling problem, and she’s only allowed a small amount of personal money for three months at a time. They’re repaying their equity loan. 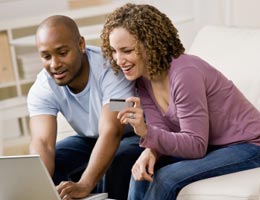 The sneak: Kaylee’s credit was excellent; her fiance Rob’s not so much. To jump-start their forthcoming nuptials, Kaylee agreed to transfer $16,000 of Rob’s debt onto her credit card. They broke up before the “I do’s,” leaving Kaylee strapped with Rob’s debt. Rob accepts his debt, but his poor credit prevents him from taking it back.

The reason: Ah, the things we do for love! Kaylee’s mistake was allowing her feelings for Rob, which she thought were permanent, to extend to Rob’s debts, which unfortunately are permanent. Many a partner has co-signed a credit card, added their fiance as a signer or loaned them money outright only to regret it. Sometimes it even prompts the breakup.

“Don’t do it. Ever. Ever!” says Hayden. “If a person can’t get a loan from a bank, why would they be able to make the payments to you? And now you’re risking a relationship, too? It’s just too big a risk.”

The fix: If Rob truly is a standup guy, ask him to either commit to a cash repayment plan or to open a credit card and use it to gradually transfer his debt back to where it belongs. 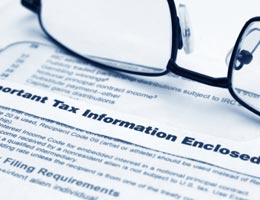 The sneak: Aaron was in partnership with some high rollers who made him feel like a big shot. When he learned that he owed the Internal Revenue Service $24,000 in back taxes, his buddies told him not to worry, their accountants were on it. When Hayden advised him to pay up rather than risk accumulating more back taxes, Aaron got angry and ignored her. Ten years later, he owed $320,000. Aaron and his wife had to repay it to keep him out of prison.

The reason: Ego can trump judgment for some individuals, especially entrepreneurs. “They’re willing to take enormous risks, and one of the risks they’ll take is with the IRS,” says Hayden. “Everybody was making decisions out of ego, including their lawyer and accountants.”

The fix: Communication. “Two rules make this work,” Hayden says. “One, what money is yours, what money is mine, what money is going to retirement, and does it all add up? And two, does it feel fair to both of us? She paid for half of his mistake because they both signed the tax return. She wanted him to pay it; she just thought he was being dumb.”

The high cost of a midlife crisis 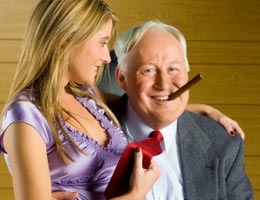 The sneak: Arthur, a married attorney in his 60s, emptied his 401(k) to pay for a condo, clothes, travel and entertainment for a woman 40 years his junior. Since he traveled for work, his wife, Faith, knew nothing of the affair or the damage it was doing to their nest egg. Both women eventually dumped him.

The reason: It’s easy to write off Arthur’s story as a classic midlife crisis. But it also points to the dangers of blithely ignoring your finances.

“The really big spousal thefts now have to do with 401(k) money, and until you get to tax time, you might not even know about it,” says Hayden.

To stay on the same page, hold short weekly meetings with an agenda. “If one party starts avoiding that,” she says, “either they’re afraid of a fight or someone is hiding something, that’s my theory.”

Online dating scams heart your cash, not you