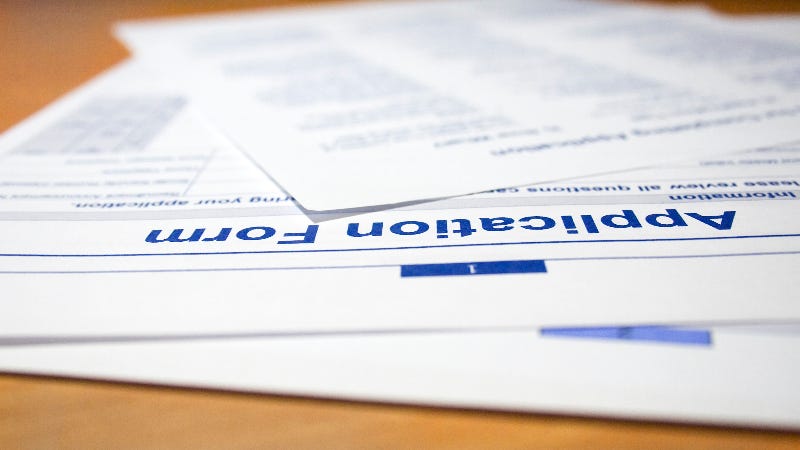 It’s the best time in decades to find a job — at least that’s what the headline employment numbers suggest. But take a closer look, and you might see a different story.

Before the Great Recession, there were about five discouraged workers — or individuals who haven’t looked for a job in the past four weeks because they don’t believe there’s one out there for them — per every 100 unemployed Americans, according to data from the Labor Department. During the immediate aftermath of the downturn in December of 2010, that ratio climbed as high as 10 individuals. It’s since averaged out to about seven.

That’s despite the national unemployment rate plunging to 3.5 percent, the lowest in 50 years. Employers have added positions for almost nine years straight, a record, and they continued that streak in the Labor Department’s September employment report. It also goes against popular narratives of firms struggling to find enough workers to fill open positions.

The data is illustrative of some broader issues, economists say, including lukewarm wage gains and employers who have been slow to increase hours. They also say the unemployment rate might not be as useful of an indicator when judging the strength of the labor market.

“No longer does the unemployment rate tell you much of anything about the labor market,” says David Blanchflower, an economics professor at Dartmouth University. “People have not understood that the labor market is not nearly as strong as people think.”

How many workers are considered discouraged

About 321,000 individuals in September said they hadn’t looked for a job in the past four weeks because they didn’t think there was one out there for them, according to the Labor Department’s “discouraged workers” gauge in the monthly employment report.

Data, however, isn’t seasonally adjusted, so it’s more helpful to look at the statistics on a six-month or one-year average, Pollak says. Over the past year, there have been about 412,000 discouraged workers, which brings the ratio to 6.8 individuals per every 100 unemployed.

It’s not as if there hasn’t been improvement. In 2010, during the immediate aftermath of the Great Recession, the average monthly level of discouraged workers reached 1.2 million people, the highest on record. The total level has since fallen to its pre-crisis level, but it hasn’t yet reached the lows achieved during the early 2000s.

“It’s a pretty noisy series,” Pollak says, but the total level is “more than we would have expected to see.”

Why workers are still discouraged in such a strong job market

There are a number of reasons why that’s so, with weak pay gains at the top. Workers might be discouraged that they can’t find a job that’s sustainable, says Blanchflower, whose February book “Not Working: Where Have All the Good Jobs Gone?” explored the phenomenon.

Average hourly earnings grew on an annual basis by 2.9 percent, the weakest in more than a year, according to the Labor Department’s September jobs report. It’s fallen from its peak in February, when earnings grew 3.4 percent from a year earlier.

[READ: We’re in the longest economic expansion in US history — here’s what made it unlike any other]

Economists have been puzzled about why wages haven’t picked up more, especially given that the unemployment rate is so low. Typical economic logic suggests that employers boost workers’ pay to attract more workers in a tight labor market.

Another factor could be that individuals are discouraged about how many hours they’ll get in the positions they apply for, Blanchflower says. Although total hours worked have mostly rebounded from their recession lows, 4.4 million Americans are still working part-time for economic reasons.

“The labor market isn’t offering enough adequate jobs and enough hours,” Blanchflower says. “That’s essentially what we’ve seen and why people are discouraged. They can’t find the decent, well-paying jobs that their parents and grandparents had. Even if you get a job, it’s low pay, and you can’t even get enough hours.”

Other regions of the country have been left behind. Job creation outside of major urban centers, for example, has been slow to bounce back to its pre-recession pace.

[READ: Experts vs. Americans: State of the U.S. economy]

Discouraged workers are also tricky to track. Some individuals, for example, could be in school currently because they’re discouraged about their job prospects, but they might not be counted in the gauge, Blanchflower says.

Tricky just to look at the unemployment rate

All of this illustrates that the broader unemployment rate is no longer “an adequate measure,” Blanchard says. “You need to broaden it.”

Discouraged workers are considered to be “marginally attached” to the labor force. Technically, they’re not counted as unemployed because they haven’t looked for work in the past four weeks.

Other measures of unemployment track those discouraged workers, as well as those who aren’t working but considered the prime age (or between 25 and 54) for labor. Those broader measures haven’t reached the same impressive lows as the national unemployment rate.

The broadest measure is the U6 rate, which includes the total unemployed, plus all marginally attached workers, plus total employed part time for economic reasons. That rate currently sits at 6.9 percent, the lowest since December 2000.

“That’s still good,” says Steve DeLoach, an economics professor at Elon University who has studied how business conditions impact individuals’ job searching behavior. “It’s about consistent with where it bottomed out in the early 2000s before the 2001 recession. It’s a little bit lower than it was before the Great Recession. But one way to look at that is, unemployment isn’t as low as we think.”

Another measure tracks both total unemployed plus those discouraged workers, also known as the U4 rate. The numbers have shown immense improvement, reaching as high as 10.5 percent in April of 2010. But it took nearly seven years to return to pre-recession lows and is now 3.7 percent.

Why you’ll always have discouraged workers

But even in a historically strong labor market, there will always be discouraged workers. It’s part of the structural barriers of unemployment, DeLoach says.

“There’s a reason we can’t go down to zero unemployment,” according to DeLoach. “There’s a group of people, even in a really strong economy, who don’t have the skills appropriate for whatever jobs are being posted.”

Sometimes, it’s more than just skills. Individuals may not have the monetary means to move where the bulk of the jobs are.

“There might not be a lot of jobs being created in their area, and they don’t have the ability to move to the big city,” DeLoach says. “It’s a question of mobility.”

If you’re feeling discouraged about your job prospects, it may be worth pursuing more education and training to build your skill sets, DeLoach says. Individuals who pursue a college degree generally make more money and have more job prospects than their counterparts who didn’t continue their education or receive a high school diploma.

“Generationally, it comes down to skills and education,” DeLoach says. “Those are pieces of the puzzle, and it takes a lot more to adjust.”