The 2010 U.S. Census survey will be mailed to all U.S. residents in mid-March, opening the door to con artists who will use the program as an opportunity to swindle people out of their money and their identity.

The U.S. Better Business Bureau, in Arlington, Va., warns consumers to be on guard for online and in-person Census fraudsters in the coming months, says spokeswoman Alison Southwick.

The Census questionnaire asks 10 questions, none involving personal financial information such as bank account or credit card numbers or your Social Security number.

“We are warning people to beware of phishing e-mails that purport to be from the Census Bureau, (as well as) phone calls, knocks on the door and mail, basically all forms of contact where people are asked for financially sensitive information such as their Social Security number or bank account numbers,” says Southwick.

Already, there have been reports of people identifying themselves as Census takers, contacting senior citizens in Chicago and trying to extract their financial ID numbers, says William Kresse, associate professor and director of the Center for the Study of Fraud and Corruption at St. Xavier University in Chicago.

“In the past, the fraud has been related to identify theft, gaining access to victims’ bank accounts and credit card accounts,” says Kresse. “Fraudsters try to work off something topical in the news that people don’t fully understand which makes the 2010 Census a prime target.”

Senior citizens are most at risk, says Kresse. “Seniors tend to be lonely and more willing to talk with strangers on the phone than any other group,” says Kresse. “Many also have access to money they’ve accumulated for retirement or other assets.”

Here are some ways that scammers may try to deceive you and what you should do:

A phishing scam typically uses a phony e-mail to collect your personal or financial information under false pretenses.

In this case, you’ll receive an official-looking e-mail saying you didn’t fill out the Census survey correctly and asking for your Social Security number or bank account information or computer user names and passwords, says Kresse.

What you do: You can’t file online and no one should receive official e-mails for the 2010 survey. Eun Kim, spokeswoman for the U.S. Census Bureau, says if you do, don’t respond.

You receive a fake 2010 Census questionnaire in the mail, requesting your personal financial information.

What you do: Visit the U.S. Census Bureau Web site and compare your survey with the official one online. If your survey doesn’t match the 2010 Census survey, toss it, says Kresse.

If someone calls you claiming to be from the Census and asks you to divulge personal financial information, it’s a scam. Only in rare instances, a Census worker may call to clarify information you’ve submitted, according to the Census Web site.

In addition, fraudsters now have devices that can make caller ID come up “US Census” or a similar identifier, Kresse says. That would make the call that much more credible.

What you do: Don’t give out financial information over the phone.

“Consider it a big, bright red flag if someone says they represent the Census and asks you for delicate financial information,” says Southwick.

A Census visit in person:

If people don’t mail back their forms, Census takers will visit their homes to fill out the questionnaire in person, starting May 1, according to the Census Web site. Census officials may visit some homes more than once as the program conducts quality-control checks.

In this type of scam, someone knocks on your door, states he is a Census worker and asks you for money to pay for the 2010 Census, says Kresse.

To make sure you’re talking to a Census worker, ask to see his official government badge with his name and a Department of Commerce watermark. Then, ask for a second picture ID for confirmation, the Census Web site says. If you’re still not sure, there are numbers on the Census Web site to call to confirm that the visit is legitimate.

Be aware, it may not be a con artist who wants your money. “There will be rogue Census workers who will use their position to ask for your Social Security number or a fee,” Kresse says. Although the Census Bureau does background checks, these workers are likely new to the scam game and have no record.

What to do: A Census worker who comes to your door will only ask you the same questions that are on the survey.

“If you’re suspicious or don’t feel safe, close the door and call the Census phone number to verify that person is an actual Census worker,” says Kim.

Kim says the best way to avoid problems is to educate yourself about the process by checking out the Census Bureau Web site and to mail back your 10-question survey as soon as possible.

“Our site has the actual form and the questions we are asking, plus a link to questions you may have,” Kim says. 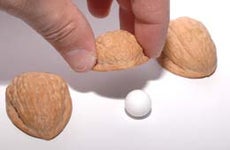 8 ways to avoid getting conned 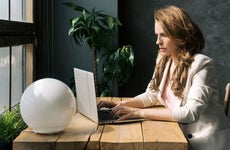 Did someone steal my information to commit identity fraud? 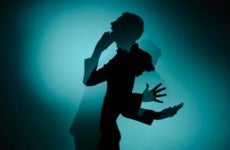 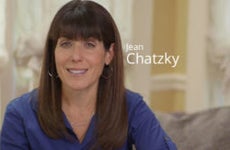