Many sectors in the U.S. are wondering what changes will be made since the country elected a Republican president and majority in the U.S. Senate and House of Representatives.

Of the 99 state Houses and Senates in the country, 68 are also now a Republican-majority, and in 32 states, Republicans control both chambers. In the governor’s office, 33 states are headed by a Republican, with 25 of these states totally controlled by Republicans.

The net effect has labor unions on alert.

“It’s going to be the most challenging period for organized labor since the 1930s,” says Susan J. Schurman, a labor studies and employment relations professor at Rutgers University and former labor union leader. “It’s clear to everyone at this point that if conservatives had their way, we’d not have unions.”

Union leaders have expressed concern about some of President-Elect Trump’s statements.

Is the minimum wage at risk?

Trump said he’d support a $10 federal minimum wage, but also that U.S. wages were too high to compete with other countries. He has attacked United Steelworkers 1999 and its president Chuck Jones on Twitter, blaming them for driving jobs from the U.S.

“We saw that our president-elect is more than willing to attack a local union leader who merely pointed out a fact,” Schurman says.

Trump’s cabinet selections also are causing unions concern. His choice for secretary of labor choice, Andrew Puzder, is a prime example. As CEO of CKE Restaurants, “Puzder outsourced key jobs overseas, planned to replace workers with machines to avoid paying benefits, repeatedly and loudly opposed raising the minimum wage, paid union-busting firms to stop his own workers from forming a union and opposes the Affordable Care Act because it requires that he provide high-quality health care for his employees ,” says Randi Weingarten, president of American Federation of Teachers in a statement.

The incoming administration also will appoint new members to the National Labor Relations Board, which may quickly reverse decisions like whether graduate students are eligible to unionize, Rutgers’ Schurman says.

With the Republican majorities, unions face threats to their existence and their purpose. Here are some issues that may be contested in the upcoming administration:

“Republican governors, where they can, remove bargaining rights and seek to pass right-to-work legislation,” she says.

Right to work: Right-to-work laws exist in 26 states, allowing employees to decide whether to join a union or pay dues. This results in workers not having to pay an agency fee in union-represented workplaces, but the union still represents them.

“The net effect is it’s making it much more difficult to collect union dues, which is what they use to perform their collective bargaining,” Schurman says.

Should the right-to-work issue stay at a state level or move to federal law, asks John Raudabaugh, a labor law professor at Ave Maria School of Law in Florida, and a former management-side labor attorney. Raudabaugh also served as one of five NLRB members appointed by President George H. W. Bush.

“If it’s still at the state level, what do we do about the current and emerging debate about allowing local governments to create their own law on right to work apart from state law?” Raudabaugh says.

Friedrich versus California Teachers Association: “At the federal level, unions need to worry about the Friedrichs’ case,” Schurman says.

“Had (Supreme Court Justice) Scalia not died, the bets were that the plaintiffs would prevail,” she says, which means that workers who don’t want to join the union or pay agency fees would still be entitled to representation in collective bargaining.

Joint employers: Under rulings made during the Obama administration, companies are held jointly liable for unfair labor practices committed by their contractors or franchisees.

“Unions should expect a new (NLRB) board to re-evaluate many of the current issues, with joint employers near the top of the list,” says labor law professor Raudabaugh.

Occupation and health administration: Schurman anticipates a very different approach to enforcement, as conservatives tend to favor little to no regulation.

It’s the same theory with regulation. “Those of us in the field of labor studies don’t believe there’s any factual basis to that view. Certainly, unions will be struggling to prevent that,” Schurman says.

State-specific union issues: “I suspect that unions are going to find themselves facing huge uphill battles everywhere in the country where Republicans control the governor’s office and legislature,” she says.

For example in Wisconsin, union membership has declined since 2011, when the state curtailed public employee bargaining.

What should unions do?

Unions continue to speak out on issues of interest, commenting on incoming presidential policies and appointments. Schurman recommends two strategic directions that unions should pursue.

The first is for unions to reconnect with their members in a more robust way. Unions successfully doing this are growing, including service employee and teacher unions.

Unions need to persuade workers of the value of membership. “That’s hard to do when they can get the collective bargaining benefits without paying for it,” as well as those who don’t have union dues automatically collected through the employer’s paycheck, Schurman says.

The second suggestion is for unions is to organize more workers outside of the traditional employer/employee work model. The current labor relations framework says that relationships should be between workers, their representatives and an employer.

“The growing share of our economy are workers who don’t have an employer as we know it in the 20th century. Corporations have devolved,” Schurman says.

That includes outsourcing and hiring casual laborers not eligible for collect bargaining representation. “However, they are eligible to become union members,” she says.

Unions have to convince existing members that there’s a huge block of workers with a different employment relationship, and these workers need representation in the political sphere to advocate for their rights, not for collective bargaining. The role is similar to what unions did in the late 19th and early 20th centuries as mutual aid societies, before collective bargaining became the basis of the industrial relations framework, Schurman says.

Raudabaugh suggests that the federal government take a look at existing labor laws. “In the long term, Congress has to step in and evaluate our 1935 National Labor Relations Act,” he says. “We’re dealing with quite an ancient statutory structure which needs to be reevaluated because the nature of work has changed.”

He questions whether unions are necessary to maximize employee rights and interests in the workplace, and whether there might be a better model.

Work councils in Europe are one option, where employees talk directly with employers on topics of concern.

“Why is there a need for an outside entity to come in and do the talking for them? They have brains. Why do they have to pay money to do that? What if the union is doing similar work for a competing company? These are all issues,” Raudabaugh says.

It was surprising to many that union leaders supported Hillary Clinton, while many union workers supported Trump.

“There was clearly a disconnect with primarily white working class people,” Schurman says. “There’s no question that a lot of people are feeling left behind, particularly those who don’t have education beyond the high school level. The economy is moving beyond that, and nothing is going to change that.”

One thing unions and the government can do is support secondary education for those already in the workforce, she says.

Still, the split votes shouldn’t be totally surprising. “Not all represented individuals are Democrats,” says Raudabaugh, and not all union members want to be represented by an outside group. 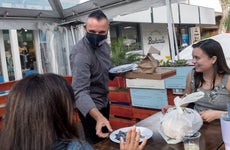 The Great Resignation: Why millions of workers are leaving their jobs and what to consider before quitting

The Great Resignation: Why millions of workers are leaving their jobs and what to consider before quitting 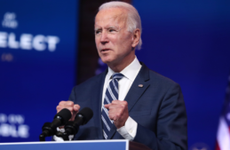 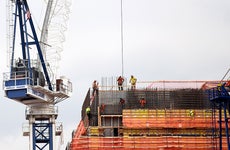 ‘Time to get off the couch’: Strong January jobs report shows hiring accelerating