Employers in the U.S. added fewer jobs than expected in May, while wages cooled and the unemployment rate held at its near half-century low, a mixed report that might fuel fears that the expansion is at an inflection point.

Employers added 75,000 new positions in the month, a Labor Department report showed Friday. That follows a downwardly-revised 224,000 gain in April and misses the median estimate among economists for a 185,000 rise, according to a MarketWatch survey.

The unemployment rate held at 3.6 percent, the lowest since 1969 and in-line with expectations.

Average hourly earnings grew on an annual basis by 3.1 percent, missing forecasts and cooling from 3.2 percent in the prior month.

Job gains were concentrated in private service-producing sectors, with the professional and business services adding 33,000 jobs in the month, the third-straight gain. Health care boosted payrolls by 15,700, according to the report. Employment in leisure and hospitality climbed by 26,000. Trade, transportation and utilities didn’t add any new positions this month.

Construction companies boosted payrolls by a mere 4,000, but still the third-straight gain.

Manufacturers added a tepid 3,000 jobs after a scant 5,000 increase in the prior month. Firms in this sector have struggled from the uncertainty surrounding trade with China and now Mexico. Weakness has also been troubling the industry, with the U.S. reporting its lowest result in a decade, according to IHS Markit’s Purchasing Manager Index for May.

Government jobs contracted by 15,000, led by a loss of 10,000 positions in state government. Retailers cut 7,600 jobs, the fourth-straight drop after the sector cut 13,600 positions last month.

The three-month average of job creation is now about 162,000, a measure that many economists follow to exclude month-to-month volatility. That’s above economists’ estimates for an average monthly job gain of 153,380, according to a second quarter Bankrate survey.

The May jobs report is under intensified scrutiny this month, with both investors and economists alike looking for signs of cracks as trade tensions weigh on business sentiment and the overall outlook.

The Trump administration on May 10 slapped additional tariffs on $200 billion worth of imports from China and have since announced plans to start incrementally slapping tariffs on all imports from Mexico. Economists have warned that these fresh escalations could halt capital expenditures, thus slowing the pace of hiring and even leading to job loss down the road.

A report on private-sector data gave mixed signals about the picture of the U.S. labor market, as companies hired the least amount of jobs since 2010, according to the ADP Research Institute’s report for May. Jobless claims, however, have remained low, with the current number of initial claims in the week ended June 1 at the lowest since 1973.

While the report doesn’t show broad job loss, it does communicate that hiring across sectors has slowed.

But Fed officials have started to signal that they’re prepared to come to the rescue, and the report might signal the Fed could act sooner than it initially anticipated. Fed Chairman Jerome Powell said Tuesday at a conference in Chicago that the Fed was closely monitoring the trade situation and would act as appropriate to sustain the expansion, signaling to markets that he was leaving the door open for a rate cut. St. Louis Fed President James Bullard, on the other hand, became the first Fed official to explicitly mention that a cut “may be warranted soon.”

“Fears were realized with the release of the May jobs report,” says Mark Hamrick, Bankrate’s senior economic analyst. “Hiring was lackluster last month, while the jobs numbers for March and April were weaker than initially estimated. At 75,000 jobs added overall, including a decline of 15,000 in government hiring, this was only enough hiring to maintain stability for the job market. With growth slowing, the stars are aligning with the market view that the Federal Reserve will be more compelled to cut interest rates in the coming months.”

“This is a worrisome jobs report,” says Martha Gimbel, director of economic research at Indeed Hiring Lab. “It does look like the economy is slowing. It doesn’t mean that we’re going to enter into a recession, that the end times are here, but it does mean that the eye-popping jobs growth numbers we’ve all been able to take advantage of may not be there for job seekers moving forward.” For job seekers, the “real lesson from this jobs report is, if you’re going to make a move, you want to start thinking about making a move now before things go south.” 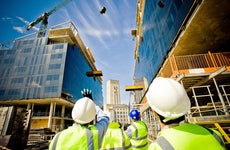 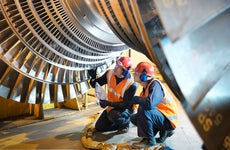 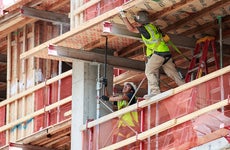