The decisions made in Washington have a tremendous impact on your money. And in the coming weeks, the stakes are even higher.

From a potential government shutdown to the risk of an international crisis, here’s a look at four key issues facing President Donald Trump, his administration and Congress, and how they could affect your wallet.

Most observers think the chances are extremely low that Congress and the president will fail to raise the debt ceiling before October. A recent report indicates that Trump is considering whether to tie a request for federal Harvey aid to the debt limit increase in order to ensure passage.

The Bipartisan Policy Center says virtually everyone stands to lose if a deal isn’t reached: “Ongoing risks include increasing costs to taxpayers, delayed payments to individuals and businesses, and catastrophic market impacts if the U.S. government actually defaulted on its debt (unprecedented in modern history).”

Bond-rating agencies are watching closely, most concerned about the risk that the government could miss a debt payment. Remember, investors around the world have favored U.S. Treasury bonds because they’re considered safe. That reputation would be damaged if a debt payment is missed, says Robert Brusca, economist of Fact and Opinion Economics.

“That would be serious, as the U.S. debt rating would drop and some investors could be forced to sell Treasuries. No telling about how heavy foreign selling might be or how much the dollar might fall in the event of a missed debt payment,” Brusca says.

The clock is ticking away toward early October here as well. The chances of a federal government shutdown have grown ahead of the federal fiscal year starting Oct. 1. A Goldman Sachs economist recently put the odds of “a brief government shutdown” at 50 percent.

If a shutdown happens, lasting damage to the economy is seen as minimal, says professor Phillip Swagel at the Maryland School of Public Policy and former assistant secretary in the U.S. Treasury Department.

There’s still some financial fallout in the short term if the government shuts down. Hundreds of thousands of federal employees could miss paychecks. Vendors won’t be paid on time. Businesses dependent on any of those people as customers stand to lose revenue.

What about investors? An analysis of stock market performance by LPL Financial found that investors weren’t hurt much from government shutdowns going back to 1976 under both Republican and Democratic presidents. On average, the S&P 500 fell only 0.6 percent during those periods. In fact, stocks rallied during three previous shutdown periods. If the possibility of a government shutdown has you considering safer investments, look to CDs.

As the stock market has rallied since the election, investors have been hoping for meaningful legislation that could help the economy. The focus has been on tax reform and infrastructure funding. As relations between the president and Congress have soured, the chances that this legislation gets approved have declined.

Horizon Investments chief global strategic Greg Valliere notes that “animosity among Republican leaders toward Trump is intense, and it will complicate budget and tax issues – especially when the White House won’t issue its own tax bill while freelancing on specific provisions.”

So, what if they fail to pass tax reform? Investors could sell stocks fearing that the economy won’t get the hoped-for benefit. One business leader has said that hiring plans would be cut back if tax reform isn’t passed.

4. Risk of an international crisis

Among the biggest worries surrounding the Trump administration has been the risk of international crisis. Between an understaffed U.S. State Department and the revolving door with top posts in the White House, the risks of a misstep are seen as unusually high.

As for trouble spots, North Korea currently tops the list. With continuing missile launches from the North, the risk of war, either intentional or through miscalculation, has risen. Horizon Investment’s Valliere recently said the Korean crisis is now the single greatest threat to financial markets. A shooting war using conventional weapons is bad enough and would risk hundreds of thousands of casualties and calamity in South Korea, one of the world’s largest export-focused economies. If nuclear weapons are added to the equation, the potential damage to human life, and by extension, the world’s economy and financial markets, is virtually impossible to calculate. 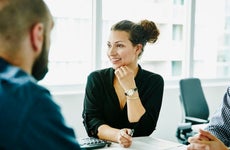 Top 5 problems that can delay your home closing 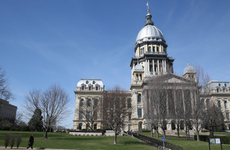 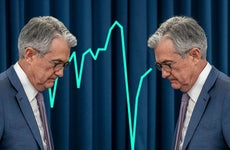 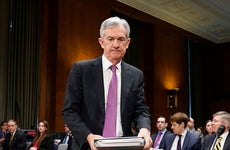