You may have noticed the onslaught of wearable technology in the news and on store shelves — from the controversial Google Glass to clip-on pedometers and biometric data collection devices such as the Fitbit One or Jawbone UP24.

But are wearables worth buying today? That depends on what you want to use them for.

“There are three categories for these types of devices: health systems, as part of the added functionality of a smart watch, and in specialized markets,” says J.P. Gownder, vice president and principal analyst at Forrester Research. “These products weren’t possible before the smartphone revolution.”

The mass adoption of smartphones, such as the iPhone — which has 40 sensors embedded in it and has been through years of costly development — has pushed the cost of developing wearables down.

“This is allowing entrepreneurs to start up and create products via Kickstarter or Indiegogo,” Gownder says. “We are now talking to random, individual people who have a great idea.”

Right now the prototypical wearable is a smart watch, which puts notifications from a Bluetooth-linked smartphone onto your wrist. That’s great, but Intel’s upcoming “smart shirt,” measuring everything from vital signs to your emotional state, could do more for your daily life experience than anything with a screen on your wrist.

“We are very much used to looking at screens,” says Forrester’s Gownder. “But we are going to go through a cultural change; we need to change what we expect to see. The devices will be invisible.”

Wearables may also have financial applications. Bionym, a Toronto-based company, has developed the first wearable authentication device, called “Nymi,” which utilizes a user’s unique electrocardiogram, or ECG, readings in order to authenticate an individual’s identity.

Memorizing health data numbers? Maintaining a keychain of retail store loyalty cards? Carrying a wallet while also using a mobile wallet via your smartphone? The Nymi would have all of that covered.

Wearable devices may soon shorten the gap between clinicians and their patients.

Nadine Dexter, director of medical informatics and the Harriett F. Ginsburg Health Sciences Library at the University of Central Florida, is working on a study assessing the utility of wearables in health care.

For the study, Fitbit Ones were distributed to faculty and staff at the university.

Participants were able to track data and set goals regarding steps taken each day, meals eaten, calories burned and sleep patterns — information that could be taken to a physician.

“(The devices are) tracking the information so people don’t have to guess. Doctors can look at this as a tool to support and work with patients,” Dexter says.

There are certainly privacy implications to consider when dealing with patients’ data, but there’s a wealth of potential to use the information devices can already track for patients for preventative care.

The possibilities are exciting, but the X factor is, will people actually use them consistently enough to really benefit?

That depends in part on designers, says Malin Eriksson, director of public relations for Sweden-based Northcube AB, developer of the application Sleep Cycle, a “bio-alarm” clock that analyzes sleep patterns and wakes you in the lightest phases of sleep.

“It’s the habit. People like to incorporate things in their daily lives that do not require them to form new habits. They like things that simplify and bring added value to their existing routines, rather than forcing them to create new ones,” says Eriksson.

The more regular the data collection, the better to spot trends and patterns, Eriksson says.

A different way to interact with gadgets

In some ways, wearables are fundamentally different from other consumer electronics.

“What do we want from a wearable? We want to get away from constraints of a screen and a mouse,” says Rahul Mangharam, associate professor of electrical and systems engineering at the University of Pennsylvania, and one of the faculty behind Penn’s new Experience Design and Technology Lab, or xLab, an interdisciplinary effort dealing directly with the “Internet of Things.”

We are all used to devices with screens, but if you want to keep tabs on your levels of activity and simple biometric data, that sort of collection doesn’t require poking at a screen.

“We are very screen-centric, and that led us to be very gadget-focused. But the design now is moving beyond the concept of the interface,” says Orkan Telhan, assistant professor of fine arts and emerging design practices and partner in Penn’s xLab. “That (type of screen-based interface) assumes that you and the information have to interact at the same time. We need to figure out a new paradigm beyond thinking about how we now interact with the information.”

Telhan says other variables outside tech — clothing, textiles, fashion trends — have to influence the development of wearables, too.

“The focus can’t just be on the developing of better and smaller batteries,” Telhan says.

Wearables still in their infancy

Tech fans are excited for Apple’s looming iWatch product, which will presumably build upon the HealthKit platform announced for the Apple iOS 8 update coming this fall.

“We are still in the awkward teenage years here,” says Penn’s Mangharam, “but Apple has a good track record, and they have an ecosystem (to introduce products).”

The Apple iWatch’s debut in the fall may be the first time many Americans interact with wearables, but it probably won’t be the last.

“It’s a still-evolving category,” says Gownder, “and it seems like the smartphone revolution was sudden, but the iPhone wasn’t the first one (on the market). It was a good 10 years of a variety of devices. However, Apple may again be the company to do this and legitimize the category and bring it to a larger mass of people. No matter how innovative a market will be, it’s going to take time to crystalize.”

Should you buy one or wait?

So is buying your own piece of wearable technology worth it yet? It truly depends on how you plan to use it.

“This stuff is still in beta. I don’t think the products are always tested well before they are being sold to consumers,” says Dexter.

Lots of products are hitting shelves, with developers and companies hoping to find their market.

If you’re tempted to buy one, it might be smart to ask yourself if it will help you toward a goal that’s important to you, such as normalizing cholesterol levels through better diet, achieving sounder sleep, hitting weight loss goals or gunning for a 5K personal record.

If so, it might be worth pulling the trigger. Wearables are sure to get better at those tasks in the future, but the products out there now may be able to do the job until then. 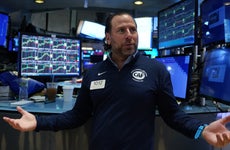 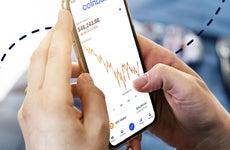 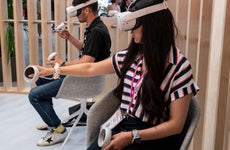 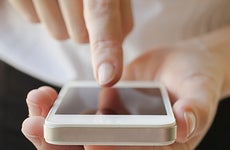 Heavy-duty phone cases worth the cost?