How singles can save on food costs 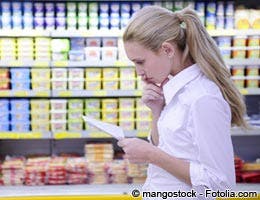 Staring down the singles’ penalty

Every time you order lunch in or go out to dinner, you’re eating into your food budget. One effective way to cut your food costs is to cook your own meals rather than eating out.

Clarissa Hobson, a CFP with Carnick & Co. in Colorado Springs, Colo., recommends organizing single friends twice a month to host a frozen-food exchange. “Everyone makes one large recipe and then divvies it up into single-serving portions,” she says. “This way, you can still buy in bulk for your recipe, but you end up with a variety of dinners.”

Another option is to start a personal chef club at work. “Get three to five other single people who will agree to each make a meal one day per week,” says Matt Kelly, owner of Momentum Personal Finance Coaching in Durango, Colo. “On the days that it’s your turn to cook, you prepare the meal and deliver individually packaged portions to your club members.”