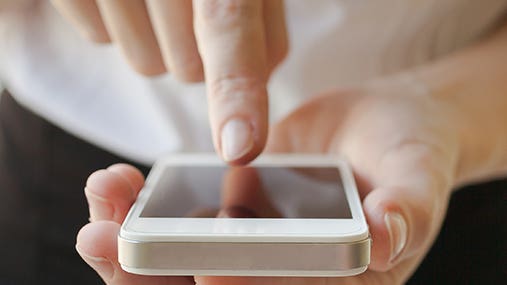 Between the price of the device itself and the data plan that comes with it, a smartphone can end up costing thousands of dollars over the course of its life. It’s understandable, then, that people would want to protect that investment with an expensive, heavy-duty phone case.

But are those super-protective phone cases worth the cost?

How heavy-duty cases protect your phone

According to Chris Johncke, founder and CEO of phone repair site iFixYouri.com, the most common types of phone damage he sees are:

Heavy-duty phone cases are generally meant to protect your phone from both of these hazards, but many of them claim to protect phones against nearly everything. For instance, popular case manufacturer LifeProof’s “fre” line claims to be waterproof, dirt-proof, snow-proof and shock-proof.

OtterBox offers the Preserver Series, which it claims is waterproof up to 6.6 feet, drop-proof and dust-proof. A case for the iPhone 5 runs for $89.95, nearly what consumers will pay for the phone in the first place with a two-year contract.

The cases do make the phones much more durable, Johncke says.

“The downside is they do tend to be bulkier than other cases,” says Johncke. “But similar cases leak and then they break. In the case with Otterbox, we see less of that.”

“We get a lot of people who come in with designer cases. Louis Vuitton, Coco Chanel. These cases are not designed for durability. They’re for aesthetics,” he says. “We see a lot more people come in with broken devices that have designer cases than those cases that offer ample protection.”

Tyler Remington sees the same thing. He runs ExchangeIt.us, a company that allows consumers to sell their used devices. Remington says phones that come in with heavy-duty cases are generally in much better condition than those without.

“We regularly see 2-year-old devices that were in cases look better than a 6-month-old phone that did not have one,” Remington says.

For all the assurances given by heavy-duty case manufacturers, there’s not much recourse if you buy a $100 case and it fails to protect your phone.

For instance, OtterBox’s warranty doesn’t cover repair or replacement of a phone. Its warranty disclosure page reads, in part, “OtterBox does not warrant, and is not responsible for, any smartphone or other device made by anyone other than OtterBox.”

LifeProof, Lunatik, Ballistic and other manufacturers’ warranties have similar language.

If you do decide to buy one of these cases, be aware of something called “case wear,” Remington says.

“Bits of dirt and dust get inside the case and damage the cosmetics of the phone and even damage buttons and connectors. We estimate that up to 70 percent of the phones we receive that were in cases have case wear or other cosmetic damage,” Remington says.

Occasionally dismantling your case and cleaning your phone can prevent case wear, he says.

Do you need a heavy-duty case?

Here are some questions to ask yourself when deciding on a case.

1. What is your day-to-day routine?

Johncke says most of the customers who come in and buy the heavier cases tend to be people who work in construction or other industries that require physical labor.

“Or people who work on boats,” Johncke adds. “They cater their case to what they do for a living.”

If you work in an office, on the other hand, and keep your phone on a desk most of the time, you obviously run less risk of damaging it.

2. How much is your phone worth?

If your phone is an older model and you aren’t expecting to resell it for much, the cost of the case might not be worth it. You might prefer to run the risk of damaging your phone and paying less to replace it.

However, if you have an expensive phone that you’re planning to resell, crunch the numbers. Remington says sometimes customers can get a return on the “investment” from their heavy-duty case when they resell because phones protected by those cases are typically in better condition.

3. Do you care about looks?

If aesthetics are important to you, you might not want a bulky case to wrap around your phone.

Instead, you could opt for a thinner case and accept an increased risk of damage, or, like some users, go with alternatives that don’t require a case at all.

“What’s become popular recently are tempered-glass screen protectors. These are actually a sheet of glass, cut exactly like a normal screen protector. But they’re a little thicker,” Johncke says. “So if you drop your device, the glass would break instead of the screen … and it still looks like the normal glass that comes with your phone.”

4. Are you a serial phone dropper?

Some people just tend to drop their phones more than others. The replacement cost for some phones reaches $850 (for a top-of-the-line iPhone), so if you’ve already had to replace a phone that was dropped in water or smashed on the street, it may make sense to pay the extra cost.

Other options to consider

If you don’t think a heavy-duty case is for you but you still want some protection for your phone, consider these alternatives.