Frugal fix to locking your keys in the car 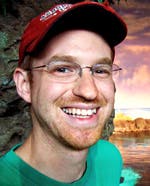 Editor’s note: The following tip may not work for all cars, especially newer models. Call the dealership and describe the year, make and model of the car to find out whether this option will work for you.

Drivers who can’t wield a wire hanger like an auto thief probably call a locksmith when they lock their keys inside their car. It’s the only choice, right? Actually, this month’s Frugal $ense winner, Nathan Gallion, discovered another much cheaper option.

To take advantage of this technique, keep proof of ownership of the car and the vehicle identification number handy, as Gallion explains.

Nathan Gallion won $100 for submitting the following tip:
Auto dealers cheaper than locksmiths
When I recently locked my keys in the car, I freaked out and called a locksmith who informed me that I would be paying at least $100 for his services. After a little thinking, I decided instead to have a friend drive me to a dealership that sold the same make as my car. I provided them with the VIN number (visible near the front right windshield wiper so you don’t have to be in the car to get it) and proof of ownership and they cut me a new key for much less than a locksmith. — Nathan Gallion of Taylors, S.C.Read more tipsSubmit your tip

Bankrate: Where were you when you locked your keys in your car?

Nathan Gallion: I was donating my old car to Goodwill and I locked my keys in my new car. You know, with a new car your routine isn’t quite set getting in and out of the car. So I was stuck at the Goodwill. Someone inside had a slim jim (lock pick) and tried to unlock the car. He said, “I do this all the time.” I believed him because he looked like the kind of guy who did that kind of thing all the time. He tried for 15 minutes and he couldn’t get the door open. He told me my car’s pretty secure. That would have been a good thing to hear some other time.

Bankrate: How close did you come to using a locksmith?

Nathan Gallion: I was thinking that I didn’t have any choice. I would have to bite the bullet. The locksmith asked me if I was a member of AAA and I wasn’t, so he said it would cost extra.

Bankrate: How did you think to go to the dealership to get a key made?

Nathan Gallion: I called my girlfriend at the time, thinking she could drive me back to my house because I might have another key. But then I realized that I can’t get into my house because the key is in the car. When we were talking, the idea just came out to take the VIN number to the dealer and have them cut a key. She drove me down there and we asked them, and sure enough, they said they could do it. They just asked for proof of ownership of the car. It cost just $1.

Bankrate: How much time did it take to get this all done?

Nathan Gallion: From the point that I locked the keys in the car to the point that I called the locksmith, and then called my girlfriend to pick me up, it was about two hours, easily. When we realized we could go to the dealership to get a new key, it took 20 minutes to get there and back.

Bankrate: Do you have any other tips on saving money or being frugal?

Nathan Gallion: My wife is a big-time couponer. I support her with that. I read different blogs. You never know what you might find. I often go to www.woot.com. It has a deal every day. You might come across something and think, “Hey I need that, or think it looks like crap.” Usually the item is for a pretty good price. If it happens to coincide with your need, then it works out. I check all my prices for just about anything other than groceries. I like getting a good deal. I try to do everything I can do to save a penny here or there. I like the word “frugal” better than “cheap.” I’ll do anything to save without looking cheap.