Raising children is expensive. This is especially true for some older people who, instead of winding down to a leisurely retirement, find themselves once again raising youngsters — this time, their grandchildren. Financial and social programs can help, though many of them require some form of formal custody arrangement.

A number of government programs offer tax breaks, subsidies or even cash to those with dependents who are not their children, says Elaine King, vice president and director of Wealth & Well-Being Institute at Gibraltar Private Bank & Trust in Coral Gables, Fla. They include the following:

The best way to find out what you’re eligible for is to check with your local Social Security office, says King.

Taking advantage of these programs may require not only proof of kinship but also some sort of legal custody, says Marty Platt Jendrek, professor of sociology and gerontology at Miami University in Oxford, Ohio.

In fact, she says, without custody, or at the very least written authorization from a parent, there can be problems with such basic things as registering a youngster at school or taking a child to a doctor.

The options vary from state to state and depend on whether the child’s parents are living, says Jendrek.

One possibility is court placement or foster care. In this scenario, the court appoints the grandparents as caretakers, but retains legal custody of the child.

“Some will go for custody instead of full adoption, with the notion that the parents can come in at some other time,” says Jendrek. “Most grandparents go to great lengths to make sure that the parent is involved in the child’s life.”

Guardianship is an option that grants grandparents physical and legal custody, but it can be expensive and emotionally fraught because it involves proving the child’s parents are unfit.

Outright adoption is permanent custody, and is most common when the parents are no longer living.

“It’s a matter of pure business contingency planning,” he says. “We ask who will be guardian and whether they have accepted. Do they have money to support the children? Is there room for them in their house?”

If parents have not appointed a guardian, the courts will do so, he says, “and that may not be the best solution. It can be a very nasty, protracted legal battle.”

A second consideration, Armstrong says, is making sure there will be enough funds to provide for the care of children in the event that the parents are no longer in the picture. Otherwise, he says, the appointed guardian may end up assuming unanticipated financial obligations such as medical care and schooling.

The cost of education can be an especially daunting expense for grandparents — particularly since they may not be around by the time the child reaches college age, says Ana Maria Martinetti-Katz, a financial adviser at Investor Solutions. She recommends the following websites for help with planning for college costs:

Finally, King advises caretaker grandparents to revisit their estate plans to forestall the possibility of repeating the cycle.

“They should consider adjusting the succession plan,” she says, “and also focus on a sustainability plan that can function beyond their lifespan — including appointing another guardian.” 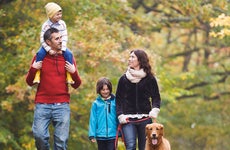 Saving for retirement when you’re in your 40s 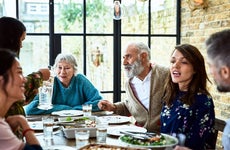 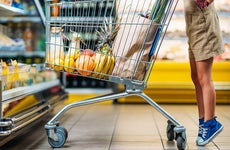 How to avoid inheritance taxes on home?