Dry your clothes in the shower? 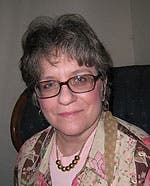 If you live in an apartment or don’t have a fenced-in backyard, you can’t hang your clothes out to dry, right? Wrong. This month’s Frugal $ense winner proves that you can still dry your clothes the old-fashioned way with a little ingenuity and an extra shower rod. She’s able to use her dryer less, thereby saving some electricity, and her clothes come out just fine.

Lynn Bulmahn won $100 for submitting the following tip.
Save when you dry clothes
“I put my clothes in the dryer only for about 10 to 20 minutes before removing them. This gets out most of the wrinkles and excess water. Then I hang up the garments on plastic coat hangers and hang these up on a rod over my bathtub. I took a second shower curtain rod and placed it in my guest bathroom, installing it over the tub. I used a coat hanger to measure where I wanted it, and installed it about half a coat-hanger’s width from the back wall of the tub, allowing a couple of inches more (so the damp clothing never touches the wall). That rod is where I hang the clothes right after I take them out of the dryer. If there are any drips, the water drips into the tub and goes right down the drain. I leave the clothes there until they are completely dry, then transfer the clothes to my closet. Doing this not only saves electricity but also saves my clothes and T-shirts from shrinking in the dryer. It prolongs the life of my dryer appliance and my garments. If you live in an apartment complex, your bathroom is a great place to dry clothes because then no one can swipe them.” — Lynn Bulmahn of Waco, TexasRead more tipsSubmit your tip

Bankrate.com: How long have you been doing this?

Lynn Bulmahn: Since I was in college — I won’t say how many years ago that was — at what used to be called Southwest Texas State University (it’s now Texas State University at San Marcos), in one of the dorms. They put up two towel bars in the shower … so the water (from the clothes) drips down into the bathtub. I said, “Hey, that’s a great idea.” I’ve used the idea ever since.

Bankrate.com: So are you using the shower rod that’s already in the guest bathroom?

Lynn Bulmahn: If you rent an apartment, they often won’t have a built-in shower rod. (You have to buy one.) So when you move out of the apartment, just take it with you. I brought the tension rod with me from my last apartment.

Bankrate.com: Your clothes don’t get static?

Bankrate.com: Do you have any other tips on saving money or being frugal?

Lynn Bulmahn: If you have a clean beach towel, throw that in the dryer with clothes to help dry them all the way. It soaks up some of the moisture so the dryer can go a little faster. You can also spin the washer a second time, not a rinse but just a spin.