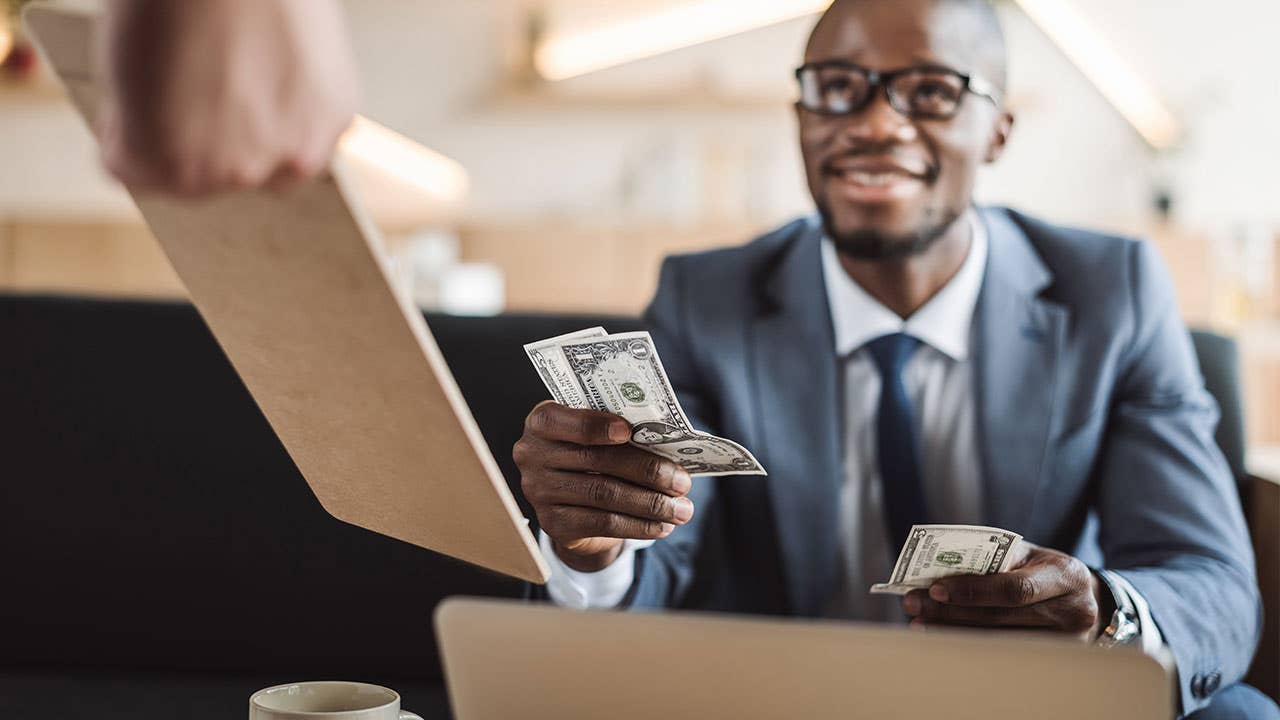 Don’t like carrying cash? There’s more space in your wallet without it.

Thanks to peer-to-peer payment apps, such as Venmo and Zelle, reimbursing friends from your checking account has never been simpler or more passive-aggressive. Credit card chip readers are multiplying, while the nation’s third largest company is still desperately attempting to persuade you to pay with your iPhone.

Social scientists have begun to research how a cashless, or nearly cashless, economy affects consumers. The results are troubling. We tend to spend more when we abandon paper money, and what we buy means less to us. Turns out adults struggle with giving up something tangible just as much as their kids do.

Where does this leave you? Will you have a fatter savings account if you go to the ATM rather than enlist plastic? Here’s what you need to know.

Why you shouldn’t use cash

According to a recent U.S. Bank survey, even when you do carry cash, you don’t carry all that much with you. Three-quarters of respondents said they tote less than $50 at a time.

However, cash is inconvenient. You need to have the correct change to repay friends after drinks, rather than simply pushing a few buttons in Venmo.

It’s also not secure. If your wallet is stolen, any cash is most likely gone forever. Meanwhile, liabilities are much lower for fraudulent charges on credit cards (generally limited to $50) and debit cards (~$500). In practice, banks generally make you whole in nearly every case. They don’t want you thinking twice about spending.

When you spend cash, you also forgo the chance to rack up credit card rewards. For instance, Citi Double Cash essentially gives you 2 percent back on everything—1 percent when you buy something and another 1 percent when you pay off your bill. If you spend $2,000 a month, that’s almost $500 in rewards a year.

Why you should use cash

There’s a downside to convenience. When you use plastic, you’re liable to spend more than when you just fork over cash. One study by Priya Raghubir and Joydeep Srivastava, published in the Journal of Experimental Psychology: Applied, found that participants spent 21 percent more preparing a Thanksgiving dinner when they used a credit card ($175) compared to cash ($145).

Another paper by Avni Shah, an assistant marketing professor at the University of Toronto Scarborough, performed an experiment that showed just how closely we guard cash. She sold coffee mugs to staff members at Duke University, where she was a doctoral student at the time, for $2. One group paid in cash, the other with credit.

Later she went to her customers asking for the mugs back, and would pay for their trouble. Cash payers wanted $6.71 for their mug, while card payers only asked for $3.83. It just felt more painful to give something back that you paid for with a tangible asset, so the premium to get the item back was higher.

Try it yourself. The next time you grab a bite to eat, pay with cash instead of a card, and see if there’s a perceptible sadness that accompanies putting a lighter wallet back into your pocket.

So, what you should do?

It’s one thing to know your bias, but it’s quite another to be held captive by it.

Rather than abandoning plastic—or your phone—for cash, find a way to counteract your natural impulses.

Try keeping a spending diary. Every time you buy a cup of coffee, document what you got and what it cost you. This will make you more aware of how much you are spending, and help plastic transactions feel more real.

You can also pay your credit card bill more frequently, even weekly. You’ll take note of your spending more often as you watch your checking account dwindle.

Carrying around a $20 is fine, but you should do most of your spending with a credit card, which you pay off in full.

It’s time to train yourself that a plastic card isn’t like Monopoly money.