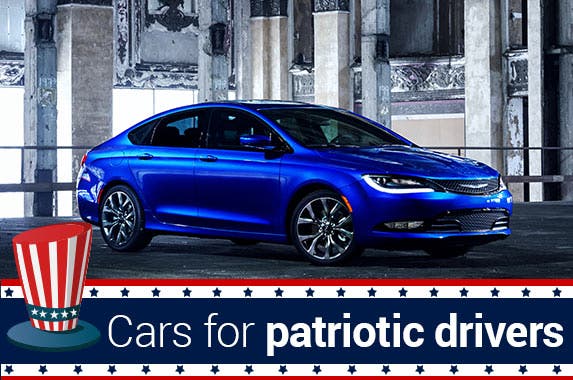 The expression “a penny saved is a penny earned” doesn’t cut it these days. But saving a few dollars here and there can add up, particularly if you park the money in a high-interest-bearing savings account or, better yet, a tax-favored vehicle such as a 529 plan or an IRA containing a mix of investments that offer higher returns over the long run.

OK, so 10% annual returns from the stock market may seem far-fetched. But we contend that it’s not unreasonable to expect 7% annualized returns from a conservative blend of bonds and stocks over a period of 15 years. These are the assumptions we used to calculate how the few bucks you squirrel away today can turn into big-time savings later. 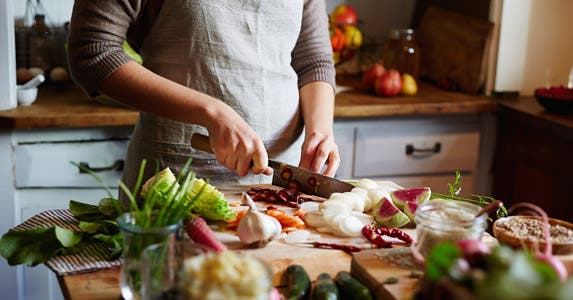 Sure, cooking is cheaper than dining out, but a daily home-cooked meal simply isn’t an option for many full-time working parents. Ginny Bowie, financial adviser for Wells Fargo Advisors in Richmond, Virginia, solved her scheduling and budgeting dilemma in one swoop by forming a cooking co-op.

“Every Tuesday night, I cook dinner for three families besides my own, which is about 18 to 20 people, and deliver it to their door,” Bowie says. “Monday, Wednesday and Thursday, the three other families cook for me.”

Bowie’s website and DVD, “If it’s Tuesday … it’s my night 2 cook,” contain recipes and tips for starting a co-op. She says cooking in bulk has cut her grocery bill in half and practically eliminated her need for dining out.

What it’s worth: The average household spent $6,602 per year on food — $3,977 on groceries and $2,625 on meals away from the home — in 2013, the most recent year for which data is available from the U.S. Bureau of Labor Statistics. Assuming that a co-op could reduce the grocery bill by half and lower restaurant expenses by, say, 60% (factoring in the occasional meal out), families could save $3,564 per year by going co-op. 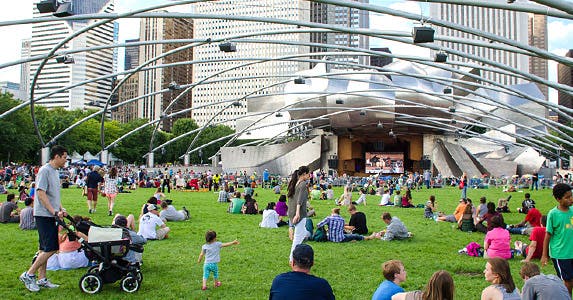 Between nights out at rock concerts, opera and theater performances, some Americans spend more on entertainment than on groceries and gasoline combined. To cut down entertainment expenses, Jaclyn Young, a Washington, D.C.-based actress, hunts for free events in her area and volunteers as an usher for live theater.

“I see at least two plays every weekend, and since tickets are $18 to $45 apiece, that’s a lot of money if I wasn’t ushering,” Young says. “I volunteer at 15 theaters and save probably $160 a month doing it.”

What it’s worth: We don’t recommend forgoing all cultural events, but consumers who opt for free or low-cost concerts, lectures, outdoor movies and art shows even one night per weekend can easily reduce their entertainment budget by $50 to $100 per month. For purposes of our calculation, let’s split the difference and assume savings of $75 a month, or $900 a year, for 15 years. 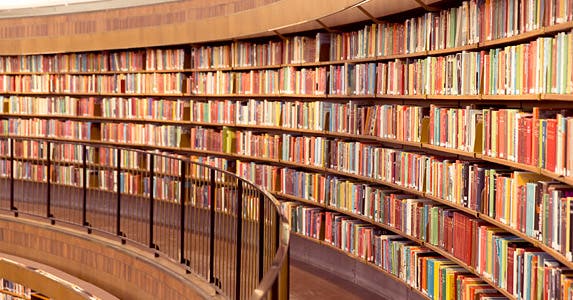 Use the public library

Home entertainment costs can be considerable if you add up cable television, satellite radio, video games and movie rentals. Young recommends getting familiar with the public library. In addition to carrying books, magazines, audiobooks, films and CDs, libraries frequently offer free children’s events, language programs, financial literacy workshops and performing arts events to cut your budget down further. If the library in your area is scant on resources, check out what’s on campus at the nearest college or university.

What it’s worth: According to the School Library Journal, the world’s largest book review publication, the average cost of a new fiction hardcover book is $26.67 ($15.48 for paperback). Families that buy one book per month and rent two movies at $1.50 a pop can easily spend $30 per month, or $360 annually. 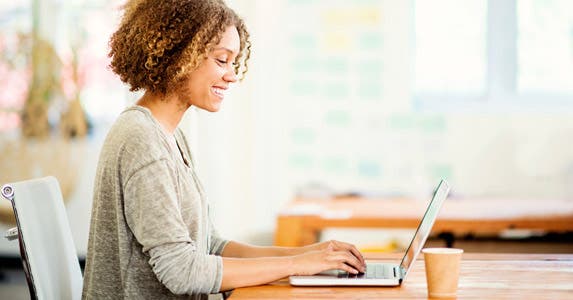 Save some cash while buying luxury items. James Beveridge, a New York-based advertising analyst, says that means using bartering sites such as Craigslist to find used goods and seeking out promotional codes for discounts on all other online purchases.

“I use sites like SteepAndCheap.com (a supply store for outdoor gear and clothing) a lot that only list one item at a time, but for 50% to 90% off,” Beveridge says. “If I can’t find something at a one-deal-at-a-time shop, I comparison shop at places like Bizrate.com and PriceGrabber.com to see if I can get a discount.”

What it’s worth: For Beveridge, it’s worth a lot. Making 75% of all purchases through online discounts, Beveridge estimates that he saves $40 a month simply by shopping around for deals. Because you can get everything from pencils to plane tickets discounted online, price-comparing families could shave $50 to $200 off their spending budgets each month. 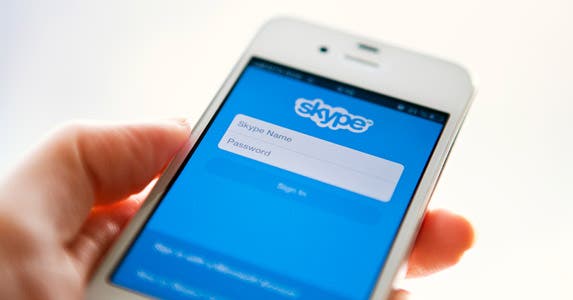 Madison DuPaix, a Madison, Wisconsin, mother of three and author of the finance blog My Dollar Plan, always looks for ways to maximize savings, such as cutting the phone bill. After switching from a local phone service to Vonage, DuPaix pocketed an extra $240, or $20 per month. Thanks to broadband Internet phone systems like Vonage and Skype, thrifty consumers can all but forget about footing landline bills.

What it’s worth: Households that eliminate a landline and stick with cellphone plans can cut $30 per month out of their utilities budget, and those who trade cellphones for broadband phone systems can save even more. Shove $40 per month, or $480 at the end of the year, in a tax-favored savings plan for 15 years, and here’s what happens: 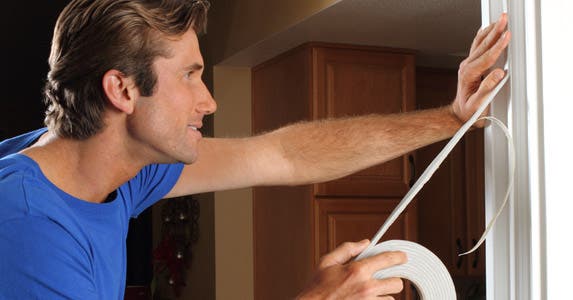 Your kid’s college fund could be flying out the window, says Jonni McCoy, author of “Miserly Moms: Living Well on Less in a Tough Economy.”

“Consumers save 3% on their heating bill for every degree they turn down the thermostat,” McCoy says. “They also lose money by not replacing the weatherstripping around their windows, washing clothes in hot water and not insulating pipes around their water heater.”

What it’s worth: It depends on location. In states with moderate weather year-round, tightening the insulation screws may have little effect. For those living in more extreme climates, simple steps like installing heating and air-conditioning timers can save hundreds. According to a study by the Energy Information Administration — the U.S. government’s official source for energy statistics — the average household spent $679 in the winter of 2013-2014 on natural gas for heat. Lowering the thermostat just 5 degrees in winter means reducing costs by 15%, or saving $101.85 after one season. 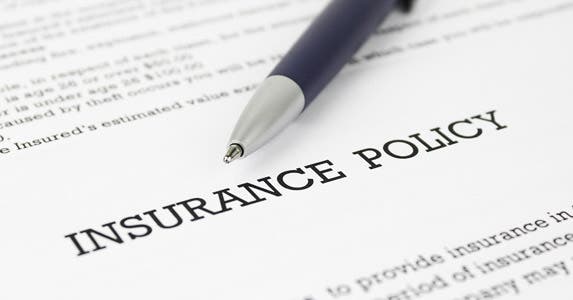 “How much you save is going to vary from policy to policy,” she says, “but it does pay to go back and see where you can trim some fat.”

McCoy adds that consumers can also save cash by purchasing all insurance policies through one provider.

What it’s worth: According to ConsumerReports.org, raising your homeowners insurance deductible from $500 to $1,000 can save you 25%. That’s $258.50 alone. Assuming that raising your deductible could lower your other two insurance bills a modest 10%, consumers can save $831.54 per year on average. 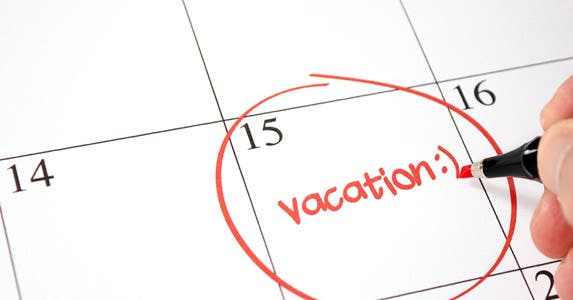 By doing so, Butler saved on airfare, tours and other costs, on a trip to Nicaragua.

“That’s what happens when you vacation somewhere cheap in the offseason,” Butler says.

On top of saving on airfare, those who leave their hometown when nobody else does can also save anywhere from 20% to 50% off hotels and tourist activities. Combine that savings with discounts from online promotional codes, and consumers can travel much cheaper.

What it’s worth: According to the American Express Spending & Saving Tracker, summer travelers planned to spend an average of $1,246 per person in 2014. Flip that vacation from summer to winter, factor one-fourth off hotel, airfare and entertainment, and that $1,246 drops down to a $934.50 vacation budget, for a $311.50 savings. 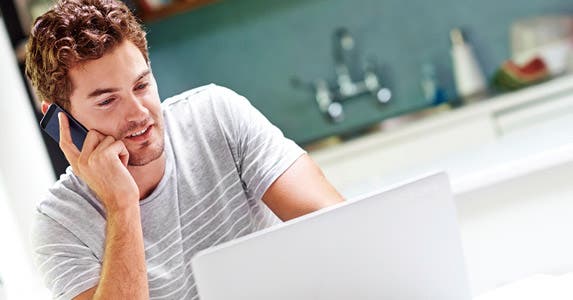 The art of haggling is alive and well. DuPaix, a staunch advocate of negotiating for good bargains, says she’s gotten breaks on everything from plumbing to preschool simply by asking.

“It especially works if it’s a local vendor that operates on reputation or you’ve been a loyal customer,” says DuPaix. “Several years ago, we missed two (credit card) payments and we called and said, ‘Hey, we’ve been great customers. Would you be willing to waive that fee?’ Both times they did.”

What it’s worth: You can’t put a number on this one. DuPaix saves an extra $360 per year on preschool bills, but amateur hagglers may not be so lucky. While there’s no guarantee that haggling will pay off, as DuPaix says, “Why not? It couldn’t hurt.”