Don’t be a travel scam victim

No one is immune from becoming the victim of a scam, but with a little knowledge you might avoid being an easy target.

Scams are often effective because of their simplicity, and many are variations on a handful of classic rip-offs that have been around for centuries, says Mark Orwoll, international editor of Travel + Leisure magazine.

Protect yourself by visiting the U.S. Department of State website Travel.state.gov for the most up-to-date travel warnings and alerts.

“The key thing we recommend for anyone planning to travel overseas is to do as much research as possible,” says State Department spokesman Andy Laine.

In the meantime, watch out for these new twists on classic travel scams.

A sneaky way to charge you more 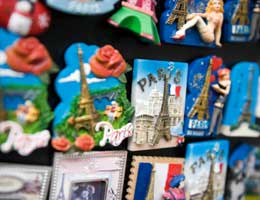 How it works: You pay for a souvenir using your U.S. credit card and the merchant hands you back a receipt in U.S. dollars. “Seems innocent enough, but exchange rates (almost always) favor the merchants,” says Robert Reid, U.S. travel editor for Lonely Planet, a travel information company.

Called dynamic currency conversion, or DCC, this allows a transaction to be converted to local currency when you pay in foreign currency.

The catch: The exchange rate isn’t calculated by the credit card issuer, but rather by technology partners through the merchant’s bank. DCC is done at point of sale, so the credit cards and the banks that issue the credit cards don’t play a part. It’s important to note that DCC fees can only be added to Visa and MasterCard credit and debit card purchases. American Express cards use a closed system.

“This is a scam that regularly means overseas travelers lose 4 percent to 7 percent on credit card purchases,” says Reid.

What you can do: Always pay with local currency. If paying by credit card, use American Express.

Taken by the taxi driver 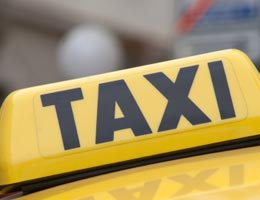 How it works: A cab driver tells you that the hotel you want to go to has burned down or just closed and offers to take you to another one where they’ll get a commission for bringing you there.

Or, the meter is broken, and you’re charged an outrageous sum upon arrival. “You have no choice but to pay,” Orwoll says.

Another con is when drivers take the long way to your destination.

“Many travelers, especially inexperienced ones, are scared or unsure,” Orwoll says. They don’t know how to contact authorities or whether the authorities will even help them. Fear is a major motivator.

Where it happens: Vietnam, Romania, Mexico and India.

What you can do: Negotiate rates in advance. Take your time choosing a taxi and make sure they use a meter. With today’s GPS systems and maps, research your route before you get in the cab. Or, consider visiting the U.S. Embassy for guidance. 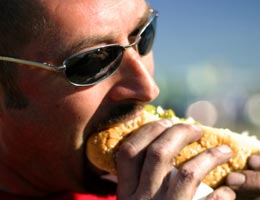 How it works: A man eating a hot dog, which is really a tube of mustard in a bun, walks by and squirts mustard all over a tourist.

“Most people immediately drop their bags so they can clean off the mess,” Orwoll says.

While the hot dog con man is apologizing and helping you clean up, his accomplice is pilfering your briefcase, shopping bags, purse and luggage.

Where it happens: Large U.S. and international airports, big shopping areas and malls in the U.S. and Europe.

What you can do: Always place bags between your legs, whether you’re standing or sitting. And remember, “Any kind of distraction could be meant to distract you,” Orwoll says. 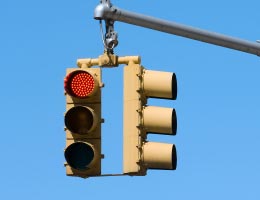 How it works: Thieves hang out at street corners in tourist areas or business districts where they know there’s a long red light. They identify rental cars and peek inside to see what’s on the passenger or back seat. Before you know it, they smash your window, grab your purse or laptop and run.

One variation of this happens in areas with scenic overlooks and tourist spots, says Reid. Thieves will scour the area looking for empty rental cars with valuables inside, smash the window and take off with your bags.

Where it happens: Tourist strips, business districts in Hawaii and other scenic regions.

What you can do: To avoid the smash-and-grab while driving, always keep valuables in the trunk. While visiting scenic tourist spots, never leave anything valuable in your car. 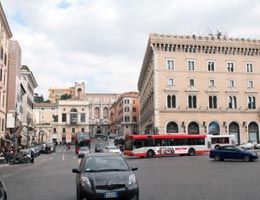 How it works: In Rome, city bus No. 64 travels by many of the historic tourist attractions, so taking it is like going on a tour bus for the price of a city bus, says Orwoll. Pickpockets — usually working in threes — scope out the scene, looking for people putting wallets in pockets or cameras on seats. Then, while one causes a disturbance in the back of the bus, the others steal your small valuables. The con men exit the bus as quickly as possible.

Where it happens: Rome.

What you can do: Never keep your wallet in a front or back pocket. Instead, use a money belt or a travel wallet that hangs around your neck under your clothing. Secure your property in your lap or between your legs. 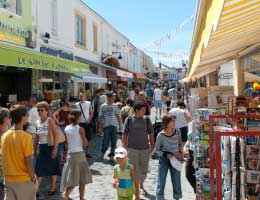 How it works: You’re walking through a scenic tourist area and a person suddenly stops and finds a gold ring. The person says, “You must have lost this.” When you say no, he’s studying the ring and determines that it’s valuable.

The person tells you that you can have it and maybe sell it in the U.S. for a lot of money, but he needs money today to feed his family.

“The ring is actually brass and worthless,” Orwoll says.

Where it happens: Paris, but there are variations seen throughout the world.

What you can do: Realize there are no gold rings lining the streets of Paris. If a deal seems too good to be true, it usually is. 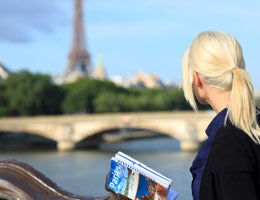 For more frugal travel tips, check out these stories at Bankrate.com.