Jobs are out there

Yet good news about the job market may be here for those who take the right approach. “Jobs are out there,” says Roy Cohen, career coach and author of “The Wall Street Professional’s Survival Guide.” The key, he says, is to make yourself attractive to new employers and then keep a positive attitude during the job transition phase.

To make the leap from one job to another, you’ll first need to understand what’s happening in your industry, then identify your strengths and develop a plan.

Here, Bankrate has listed six jobs that are quickly going away, according to Yusuf Wilson, president and senior consultant of Wilson Training and Consulting Systems LLC in Bear, Del. Note the salary range of each job, as reported by Payscale.com. Then soak in expert advice on what to consider for a good replacement job. 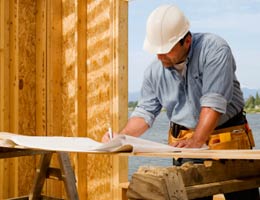 What happened: The unemployment rate for the construction industry hit 20.7 percent in December 2010, according to an analysis by The Associated General Contractors of America. As a segment dependent on the housing market, construction will most likely not recover until demand for housing improves.

A good replacement job: People in the construction industry have such a narrow skill set that retraining is important, says Justin Schakelman, vice president of Careerminds, an outplacement services provider based in Hockessin, Del.

“It’s a perfect opportunity for these workers to look at what their outside interests are,” he says.

Those interests may lead to certification in a different field, an associate’s degree or a four-year college program. Some states offer tuition reimbursement or other forms of retraining assistance for those who qualify. 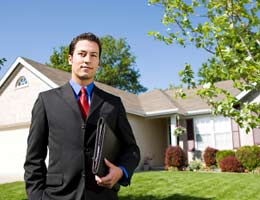 What happened: The floundering housing market has had a direct impact on real estate agents. Since 2006, this sector has lost 200,000 jobs, Wilson says. Real estate most likely won’t turn around until the housing market does.

A good replacement job: Any type of sales position, says Schakelman. Since real estate agents are sales professionals, these skills can transfer to another segment that involves client relationships and striking a deal. 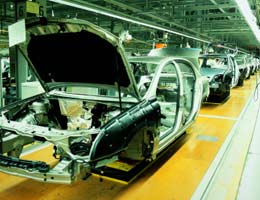 What happened: “The demand for U.S. cars has shrunk, and that affects those in the domestic auto industry as well as those in supporting industries,” says Cohen, the career coach. General Motors, Ford and Chrysler also struggle with union rules and regulations.

For 2010, 11.5 million new vehicles were sold in the U.S., according to Edmunds.com. This marked an increase over 2009, the worst year in nearly three decades for the auto industry, with sales of 10.4 million vehicles, according to researcher IHS Automotive. These figures are a far cry from the more than 17 million in sales that auto manufacturers enjoyed in the early 2000s.

A good replacement job: If you’re good with procedures, rules and regulations — skills often needed on an assembly line — look into security positions, Cohen says. Security-related jobs can be found in the private and public sectors. Think police, fire, sanitation or even food inspection. 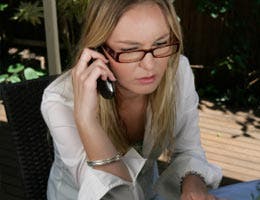 What happened: For the past several years, pharmaceutical companies have been restructuring, consolidating and cutting jobs. In 2010, layoffs in the pharmaceutical industry surpassed the 50,000 mark, according to Challenger, Gray & Christmas Inc., an outplacement consulting organization based in Chicago.

Of those affected in the pharmaceutical industry, pharmaceutical sales representatives have been hit the hardest, says Adriana Llames, author of “Career Sudoku.”

“Generic drugs and federal regulations have dried up these formerly highly compensated positions, and these well-educated sales professionals need to find jobs that take advantage of their skills,” Llames says.

A good replacement job: A sales position in a related health care field, Llames says. Consider listing “health care industry” instead of “pharmaceutical industry” on your resume to broaden your options. Two fields of work to consider: sales of electronic medical records, or EMR, or medical waste services. 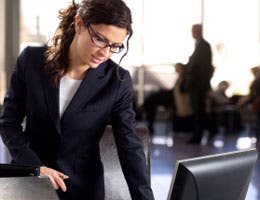 What happened: Jobs in the financial industry that involve back-office operations such as account servicing, mortgage and personal loan approval, and information technology departments are phasing out, notes Cohen. The recession has caused many brick-and-mortar banks to close, and the Internet is leading more consumers to automated and online banking.

A good replacement job: Any job in risk management. Financial institutions and government bodies have needs in this area. To make the switch, demonstrate that you have the interest and are making the commitment through additional training, Cohen says. 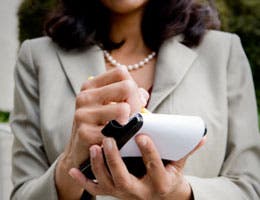 What happened: In short, the Internet. With more readers absorbing their news online, the demand for print has fallen and newspaper jobs are dwindling. Another 4,400 jobs in this industry will disappear by 2018 (out of 69,400 total in 2008), according to the Bureau of Labor Statistics.

A good replacement job: Online reporter. While print is drying up, there is demand for more information on the Internet. Another option to consider: communication specialist in a corporation.

“Your choice of industry is only one factor in keeping a job,” says Jeff Cohen, author of “The Complete Idiot’s Guide to Recession-Proof Careers.” “Never underestimate the importance of your education, training, performance on the job and work relationships to stay ahead of the game.” 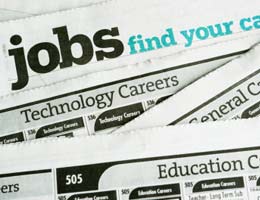 For more information on jobs, check out these stories at Bankrate.com.

Rachel is a freelance writer whose work has appeared in various print and online publications. Her credits include Parents, Parenting, Babytalk, The Costco Connection, Wells Fargo Conversations, Grandparents.com, Interest.com and many others. While originally from the Midwest, she currently resides in Mexico.