We’ve all heard news stories of Craigslist meetings gone awry, from losing money through fraud or robberies to a meet-up resulting in assault — or worse. We’ve heard stories of eBay buyers claiming their items never came or arrived damaged. Skip McGrath, author of “Complete Idiot’s Guide to eBay,” says chances are slim that anything bad will happen to you. “You might sell 1,000 things on Craigslist and never have anything happen,” he says. Even still, he takes extra precautions to make sure he’s safe.

Physical danger isn’t an issue with eBay sales, but fraud is. “Make sure that whatever you sell on eBay is described accurately, says Aaron LaPedis, author of “The Garage Sale Millionaire.”

“You are handcuffed to the eBay rating system,” he says. “If people say you’re selling bad stuff, your rating goes down and people won’t do business with you.”

Before buying and selling anything online, take these precautions to keep you, and your wallet, from being assaulted.

Stay safe when meeting in person 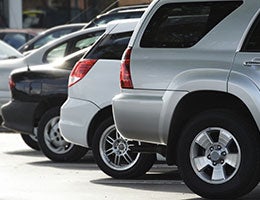 When selling through Craigslist, be careful whom you invite to your home, says McGrath. While the risk of assault or injury is small, women especially need to be careful when meeting Craigslist buyers, and McGrath doesn’t recommend meeting them at your home. If you must, women should have another adult, preferably a male, there.

“It’s easier to overpower women and take the goods or money,” he says. “If you have kids at home, do you want to expose them to that danger?”

Instead, insist on meeting at a public place to avoid being robbed, says McGrath. Supermarket parking lots can be good because they have video monitors, and criminals know that, he says.

Your local police station parking lot is also a good meeting spot, says Chris Hsiung, captain at the Mountain View Police Department in California. “If they’re legitimate, they’re not going to hesitate to do that. They may have the same apprehension you have,” he says.

When you have the cash in hand, whether you’re the buyer or the seller, be careful where you go with that money, says Hsiung, especially if it’s more than a few hundred dollars. “If you just sold something and the guy gives you a huge chunk of money, you could get robbed right after,” he says. Most importantly, if you’re not comfortable with the person you’re selling to, don’t go through with the transaction. 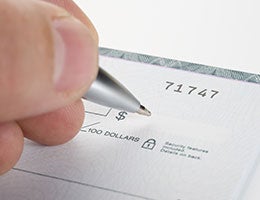 Fortunately, counterfeit cash is not a big problem, says Hsiung. But when dealing with more than $100, he recommends getting paid online with a service like PayPal or with a cashier’s check to avoid issues. Personal checks can be problematic because you don’t know whether the account has funds, whether it’s fake or whether the check was printed using a stolen identity, says Hsiung.

Cashier’s checks, while easy to cash, do have potential fraud issues. They’ve gotten much easier to counterfeit in recent years, says Hsiung.

Also watch out for a common scam where buyers send personal or certified checks, often for more than the sale price, and ask you to wire back the difference, says LaPedis. In cases like these, the check is usually fake, but you won’t discover this until later. “You’ll lose the item and the money,” he says, plus bank fees.

While this scam has been around for a while, it’s still working, says Hsiung, especially with international “buyers.” Craigslist warns on its website to deal only with local buyers you can meet in person, which will prevent 99 percent of scam attempts. The website also warns never to send funds via a wire service. Once you wire the money, it’s gone. 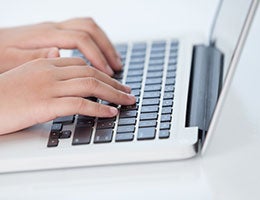 On Craigslist, it’s easy to mask your identity by using their automatically generated anonymous email address, which is then forwarded to your personal email address. Don’t give your address or phone number on the post, says McGrath. An interested buyer can email you through Craigslist, and you can respond.

“We do the whole thing by email and just meet at the Starbucks” to make the sale, McGrath says. He uses Craigslist only for larger items he’s selling, like a dog crate that’s difficult to ship.

If the item is too large for your car and you need them to meet at your home, McGrath suggests talking to the person on the phone first. Get a sense of what they’re like before giving out your address, says McGrath.

Ensuring the item is received 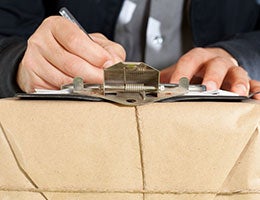 You know you sent the package to the buyer. You even have delivery confirmation from the post office. But now the buyer says he or she didn’t receive it. How can you prevent this in the future?

One scam is that someone falsely claims the package never arrived, says McGrath. For that reason, he recommends positive tracking, meaning a signature is required at delivery, so it’s harder for the recipient to make that claim. Delivery tracking shows only that the item was dropped off, but it could have been left on a doorstep, and there’s no way to ensure it went to the right address or that the right person received it. “There’s no proof of delivery,” says McGrath.

Before shipping expensive items with U.S. Postal Service, UPS, FedEx or DHL, make sure the shipper requires a signature at delivery, even if there’s an additional fee.

For smaller items, it’s less important, says McGrath. For items less than 3 pounds and valued less than $50, he ships through USPS because it’s cheaper. For more expensive items, he uses UPS because he wants a company with better tracking. “It’s a little more work upfront with UPS,” he says.

Insurance — and guarding against swap-out scams 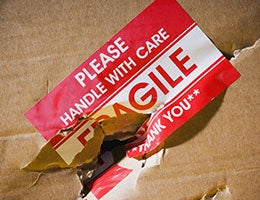 The most popular eBay scam is when someone buys something identical to a broken one they already have, says McGrath. Then, when the purchase arrives, they swap the good item with their broken one and send it back claiming it arrived damaged.

To prevent this from happening, take detailed pictures of the item and any identifying marks when posting it on eBay, says McGrath. Some sellers even use metal engravers to put a secret mark in certain spots. “It’s a precaution you’d take for something like a $1,000 vase, not a vintage plate worth $10,” he says.

Shipping insurance can also help you avoid these losses and hassles. Sometimes it’s included by the carrier and sometimes you’ll pay extra, says McGrath. He prefers third party insurance because it’s less expensive, and he says the claims process is faster and easier. He puts his carrier’s business cards in each package, so if there’s a problem, the receiver can make a claim and leave him out of the process.