Skip to Main Content
3 min read Published May 16, 2011
Written by
Sally Herigstad
Written by Sally Herigstad Personal Finance Writer
Sally Herigstad is a personal finance writer, columnist, author and retired CPA. She wrote a CreditCards.com column called “To Her Credit” for 10 years, answering readers’ questions about credit, debt, finances and family relationships, and more. With a background in public accounting, she joined the personal finance team at Microsoft in 1998. She has been working to help people take control of their finances ever since.
Sally Herigstad

Most debt advice is for people who owe money. But what if they owe it to you?

Maybe a former tenant’s security deposit fell a few thousand short of the damage he left. Or an old friend now says you never lent him five grand, despite a canceled check to the contrary. Perhaps a hot-rodder flattened your flowerbeds, promised to repair them, then drove off for good.

The first step in these situations is prodding people to pay. Calls, letters and perhaps mediation might help.

If they don’t work, there’s another form of fiscal relief: small claims court. In most states it’s relatively cheap, user friendly and can help you recover what’s rightfully yours.

But first, ask yourself if it’s worth the trouble. It’s called small claims court for a reason. It’s limited to debts that, in the scheme of things, aren’t large. “In California, the most you can file for is $7,500,” says Steve Ostrow, a Southern California attorney who has served as a small claims judge. “It varies from state to state — usually it’s $5,000 to $7,500.”

Hiring an attorney probably isn’t economical, and some states actually require plaintiffs to represent themselves. According to research posted by Nolo, an authoritative legal information website whose co-founder, Ralph Warner, authored “Everybody’s Guide to Small Claims Court,” it rarely makes sense to lawyer up for disputes of less than $25,000.

But if you’re organized, persistent and deserving, here’s how to proceed to proceedings.

For instance, confirm the statute of limitations hasn’t expired on the debt. This varies state by state.

Make sure your state’s small claims courts handle your issue. “Small claims courts primarily resolve small monetary disputes, and in a few states, evictions and restitution of property,” according to Nolo. Things like divorce and bankruptcy belong elsewhere.

Then determine the jurisdiction. Typically you file where the defendant resides — which may be a problem. “Because of the distance involved, out-of-state small claims lawsuits tend to be expensive and unwieldy,” says Nolo.

If the facts check out in your favor, however, file your case. “The small claims court has simplified forms which you can get at the courthouse,” says Ostrow. “In California, you can get them online. It’s designed to be user friendly.” Filing fees are usually $50 to $100.

Next, get the defendant served — and no, we’re not talking lunch. Serving means giving a copy of court papers to someone. In this case, it’s a “Notice to Appear” spelling out your claims and the time and place of the trial.

The simplest serving method is by having a court clerk send a summons by certified mail. If you pay a private process server, it’s vital that they file a Proof of Service form with the court. “The courts won’t hear your case without it,” says Ostrow.

Provide the defendant adequate time to prepare. How long depends on the jurisdiction.

Before the court date, channel your inner Perry Mason and practice courtroom delivery.

Rehearse your points and present them clearly and unemotionally. Enlist a friend to critique you. Most small claims hearings only last 10 or 15 minutes — about the same as “Law & Order” trials without commercials — so make every second count.

Gather evidence such as lease agreements, copies of bounced checks or photographs of property damage. It’s good form to bring three copies: one for you, one for the court and one for the defendant.

You can also line up witnesses (be sure they’re on your side!) and an interpreter if needed.

It’s possible the defendant may not even show up. If that happens, you generally win immediately by default.

Otherwise, the person presiding over your hearing — it may not be an actual judge — may suggest you give negotiation one last try. If that doesn’t work, as the plaintiff you state your case first, showing your evidence and calling any witnesses. Then, it’s the defendant’s turn.

Even if the other side tells an outrageous lie about you, stay calm. You’ll get your chance for rebuttal. Most judgments are issued very quickly, sometimes immediately.

The rules for appeal vary by state. But any appeal must contend the judge made a legal error. Saying you disliked his ruling won’t get it overturned.

Winning doesn’t put money in your pocket. Courts may find in your favor, but they don’t collect the cash for you. They are also likely to let the defendant pay in installments.

You may get lucky and receive your settlement quickly. If so, file a form with the court acknowledging the judgment is satisfied.

If the defendant doesn’t pay, you must continue your legal fight. The next step may be trying to get wages garnished, a bank account levied or a lien put on property they own.

And the reality is, you may never collect. Some people are known as “judgment proof.” Translation: “If the defendant has nothing, your judgment can just be fancy wallpaper,” says Ostrow.

Related Links:
Related Articles:
SHARE:
Written by Sally Herigstad Personal Finance Writer
Read more from Sally
Sally Herigstad is a personal finance writer, columnist, author and retired CPA. She wrote a CreditCards.com column called “To Her Credit” for 10 years, answering readers’ questions about credit, debt, finances and family relationships, and more. With a background in public accounting, she joined the personal finance team at Microsoft in 1998. She has been working to help people take control of their finances ever since. 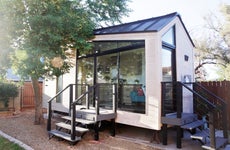 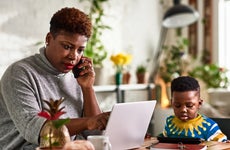 6 tips to make a case for property tax cut