Robinson Crusoe might be able to relate to the plight of the modern homeowner. The sudden drop in housing values over the last few years has left millions of homeowners surrounded on all sides by a massive flood of negative equity.

Analytic and business intelligence corporation CoreLogic’s negative equity report for 2011’s first quarter found 10.9 million, or 22.7 percent, of homes underwater, compared to 11.1 million, or 23.1 percent, in the fourth quarter of 2010. If that drop in underwater mortgages seems odd with home prices still falling, that’s where the really bad news comes in. The number of underwater homes has diminished mainly because so many homes have gone into foreclosure.

That negative equity maroons homeowners who are unable to pay off their previous mortgage through a sale. Despite having outgrown their living space due to a growing family or changing lifestyle, they’ve lost the freedom to hunt for a new home.

Those homeowners face a choice. Either they make the most out of their current living space or put their talent, muscle and money to work expanding it. While following these tips isn’t likely to make castles out of condos, you’ll be surprised at the amount of extra square footage available in your home. 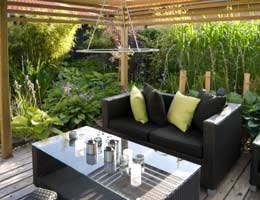 “The absolute cheapest and easiest addition that you can do is creating an outdoor room,” says Vern Yip, HGTV personality and interior designer. According to Yip, almost anything you can find indoors has a counterpart designed to withstand Mother Nature. This includes drapes, rugs, seating, tables, lighting and even beds that are fade-, mold- and mildew-resistant.

Yip recommends installing a premade gazebo in your backyard or outdoor area. These gazebos range in price from $1,700 to $18,220, according to the Gazebo Depot website, and come in a variety of shapes, colors and styles. They feature fabric, waterproof canopies to protect your new room from rain, sun damage and other weather-related problems. They can easily accommodate an entire living room set, and many are portable in case you eventually decide to move out or just want to reposition your outdoor room. 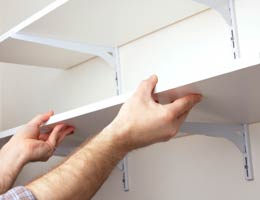 Do you remember being a poor college student living in a cramped room, perfectly content, using a milk crate as a chair and storage bin? That same mentality can still save you a considerable amount of space as an adult, and you don’t have to use something quite as Bohemian as a milk crate.

One option is furniture that can double as storage such as tables and beds with drawers or ottomans with storage chests hidden inside.

Another great way to declutter your home and store things is to get as much as you can off the floor. “The most wasted space in any home is usually the vertical space,” says Janel Laban, executive editor of home decoration and remodeling website, Apartment Therapy.

Installing shelves on your walls requires nothing more than a trip to the hardware store and a quick, simple installation that will give you more floor space. It’s also an attractive way to create the appearance of a spacious room. Shelves range in price from $17.79 to $23.68 per linear foot, according to HomeWyse.com’s shelving calculator.

An even more attractive and creative suggestion from Laban is to wrap a bookshelf around a window, installing the shelves to the sides and above the window. “It ends up looking like it’s built-in when it’s really three fairly inexpensive stand-alone shelves,” Laban says. 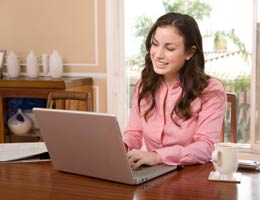 Late comedian Mitch Hedberg once quipped, “I bought a house. It’s a two-bedroom house, but I think it’s up to me how many bedrooms there are, don’t you? Real estate lady, this bedroom has an oven in it.” While Bankrate.com doesn’t endorse installing kitchen appliances in your bedroom, making rooms serve multiple purposes is a great way to make the most of your living space.

Yip says that many rooms don’t necessarily need to be used exclusively for their intended purpose. With office electronics such as laptops and printers shrinking every year, that formal dining room you rarely use for dinner has the makings of a perfect home office or study, Yip says.

A simple futon, ranging in cost on Amazon.com from $79 to $309 for the frame and $81 to $1,490 for the mattress, can turn your living room into a guest bedroom within minutes, which in turn could free up a seldom-used extra bedroom for a game room or office.

“What are your functional needs? Take a step back and look at your house accordingly,” says Yip, who demonstrated a room’s versatility by repurposing a garage to double as a child’s playroom on his show, “Deserving Design.” In the episode, he used heavy-duty porcelain floor tiles, closed storage, and lightweight, easily movable furniture. 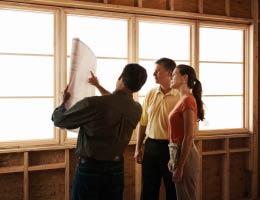 It may not be cheap or easy, but the most permanent, long-lasting way to add real space to a home is a custom-built addition.

The first step is to find out whether zoning regulations and rules in your area allow for additions, says Chris Landis, co-owner of Landis Construction in Washington, D.C. Especially in more densely populated areas, any number of legal issues can arise, including height limits, historic neighborhood restrictions and easements.

If there are no legal obstacles, the next step is making some basic choices about how much square footage you want and can afford. For a frame of reference, Remodeling Magazine’s 2011 Cost vs. Value study found the average cost for a midrange family room addition was $85,740, or about $215 per square foot.

Next, start the search for a contractor who will manage the designing, building and finishing for your addition.

Landis says getting competing bids from several contractors is a good idea, but price shouldn’t be the only criterion. Ask for references from the builders, and take time to examine the contractor’s work and quiz previous customers about their experiences with that builder. Don’t be afraid to ask specific questions. Did they finish on time? How close was the estimate to the actual finished cost? 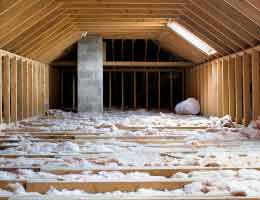 If you’re not willing to bear the expense of building an addition, finishing an unfinished portion of your home, such as an attic, basement or attached garage, is a great way to add square footage at a reasonable cost.

Finishing interior space is often cheaper than building an addition because you already have a roof and foundation, two of the most expensive parts of a typical addition, Landis says.

Electrification, refinishing and painting typically cost around $100 per square foot, though that price can vary, depending on where you live and the type of home you own, Landis says.

Keep in mind that costs can rise if the area of the home you’re looking to finish has some underlying problems you haven’t noticed. Landis says garages in particular are risky.

“A lot of garages are one step away from collapsing in older neighborhoods,” he says.

While finishing a basement or attic isn’t as challenging as building a whole new addition, Landis says picking the right contractor is still important for achieving the best results.

“You can always shop around for the lowest price, but sometimes it can come back to bite you,” he says. 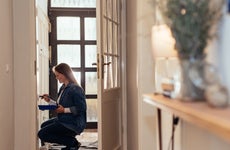 6 ways to turn your home into a moneymaking property

6 ways to save money on home maintenance