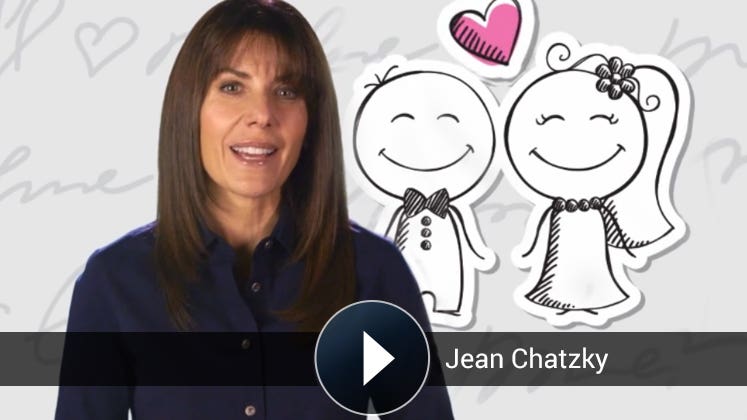 The wedding registry has gone way outside any box that would hold traditional presents like candlesticks and Crock-Pots. These days, couples are creating wedding registries for home down payments, honeymoons, charities and businesses.

“I think the trend is very fitting to where we are as a society,” says Anna Post, the great-great-granddaughter of Emily Post, and an author and spokeswoman for the Emily Post Institute in Burlington, Vt.

Two developments — couples living together before marriage and/or couples waiting longer to tie the knot — mean that they may already own pots and pans, bedding, china and other traditional wedding gifts. “The last thing they need is more things for the household,” she says.

The recession also has made some couples feel cash-strapped. With their wedding registry, they want money as a gift.

“I think people are looking for any way that they can save money but also to raise money, and that’s the area that starts to get a little troubling,” says Thomas Farley, a New York-based manners expert for WhatMannersMost.com. “A wedding should not be looked at as a fundraising event.”

Below are four alternative wedding registries with suggestions on how to keep them from offending guests.

Contributions toward a home purchase are being made via wedding registry accounts that some banks offer or separate savings accounts set up by the couple.

Constance Hoffman, owner of Los Angeles-based Social & Business Graces, says this is an appropriate wedding registry in today’s society because guests contribute to something that is a priority for the couple.

“You have to do it in the correct manner. It cannot be publicized in your announcement. Just like somebody would find out you’re registered at a Macy’s or a Nordstrom, it’s normally by word of mouth,” she says.

If somebody asks you what you want as a wedding gift, Hoffman says the most polite and gracious way to respond is: “Whatever you choose, I’m sure would be wonderful. However, we are collecting a down payment for our first home. That’s at the top of our wish list.'”

This request is common among couples who do not desire gifts but want to give guests an opportunity to recognize their special day.

When Susan Fitter Sloane, an etiquette expert and owner of Global Manners, in Middleburg, Va., recently remarried, she asked friends and family to honor the nuptials by contributing to three conservation-focused charities.

Farley warns that while the charity registry idea is very high-minded, it can be problematic.

“You may be choosing charities that are near and dear to you, but for someone else, it can be against their principles,” he says.

You don’t want to violate etiquette rules by mentioning the charitable organizations when sending out the invitations. Fitter Sloane says it’s best to request donations on your own tasteful wedding website. Or you can create a wedding registry for charity through websites such as IDoFoundation.org that focus on charitable contributions.

Resorts and hotels join sites such as TheHoneymoon.com that have wedding registries where guests can contribute to romantic dinners, day trips and spa services.

This has the potential to be tacky, but Farley acknowledges that at least the honeymoon wedding registry has a connection to the wedding event.

Even in times of full disclosure on Facebook and Twitter, Fitter Sloane recommends that couples use discretion and refrain from listing items such as couples’ massages that could offend guests. You don’t want guests to get the impression that they’re paying for a “sexcapade.”

Post also recommends setting up only one alternative wedding registry, such as for the honeymoon, and creating a store registry as an option for more traditional guests.

Some couples are trying to make it easier by funneling gift contributions through PayPal accounts. Some receive funds for buying a house. Others accept donations for recreational pursuits or business costs.

This wedding registry has the potential to be easily misunderstood by guests, Post warns.

The use of PayPal may cross the line because it doesn’t appear to be in the traditional spirit of inviting someone to honor your wedding, Fitter Sloane says. “I think that’s offensive,” she says.

A wedding registry can border on bizarre, says Hoffman. A PayPal account created for Drue Kataoka & Svetlozar Kazanjiev’s August 2009 wedding requested donations to fund a venture capitalist lunch, Red Bull for a week and other costs for Aboomba, their Silicon Valley-based company. On their website, they called it “the world’s first startup wedding registry.”

Hoffman says the PayPal wedding registry is less likely to be offensive if you are a hip, offbeat couple inviting a small contingent of friends and family who understand your personality and want to be tech savvy with their gift-giving, too.

Still, “that doesn’t associate with the reason you’re getting married — the celebration of love and commitment,” Hoffman says.